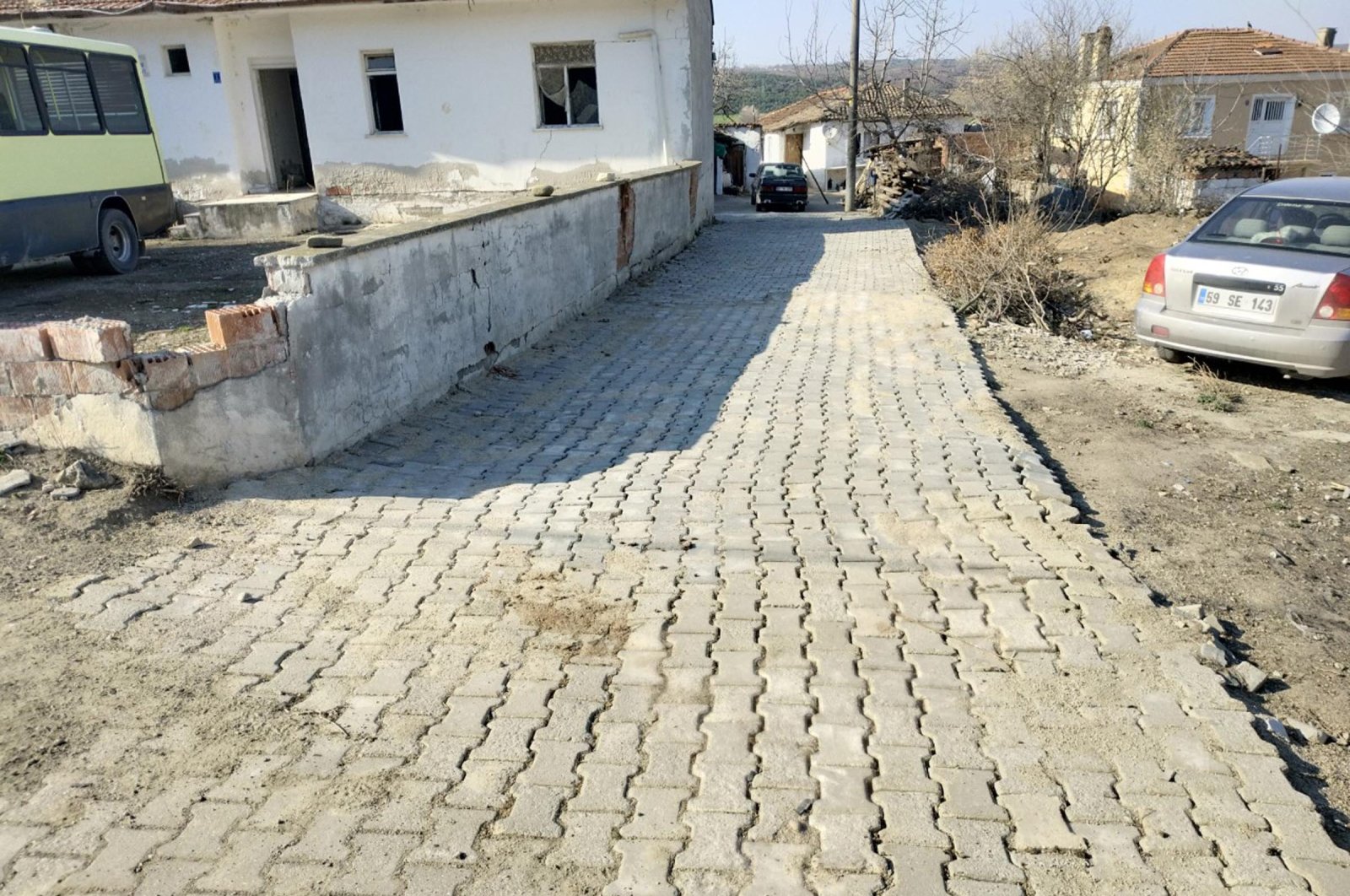 Village headmen in western Turkey criticized a main opposition Republican People’s Party (CHP)-led district municipality for turning down their request to install cobblestones to replace the mud roads and for imposing a TL 24,000 ($3,728) fine for buying the materials from a Justice and Development Party (AK Party)-led municipality.

The association led by village headmen reportedly approached Tekirdağ Metropolitan Municipality Mayor Kadir Albayrak, telling him about the village residents’ complaints about muddy roads, which have become a problem for them. However, Albayrak told them to approach Şarköy Mayor Alpay Var, who also rejected their request to lay down cobblestones, according to Çengelli village headman Yunus Avcı.

“He did not turn our request down and said they had extra stones that we could use so we accepted his offer,” Avcı said.

The headman continued by saying that women who lived in the village started laying the stones down through their own means, but Şarköy Municipality Constabulary units soon arrived at the scene and imposed a fine.

The director of the local village headmen association, Lütfü Akşar, claimed that Şarköy Mayor Var refused to help them because he had previously attempted to make sure his candidate would be elected to lead the association and had even threatened them.

The main opposition CHP won 51.18% of the votes in the 2019 municipal elections and governs Çorlu, Şarköy, Malkara, Muratlı, Ergene and Saray, while the AK Party obtained 43.85% and governs the districts of Kapaklı, Hayrabolu and Süleymanpaşa.