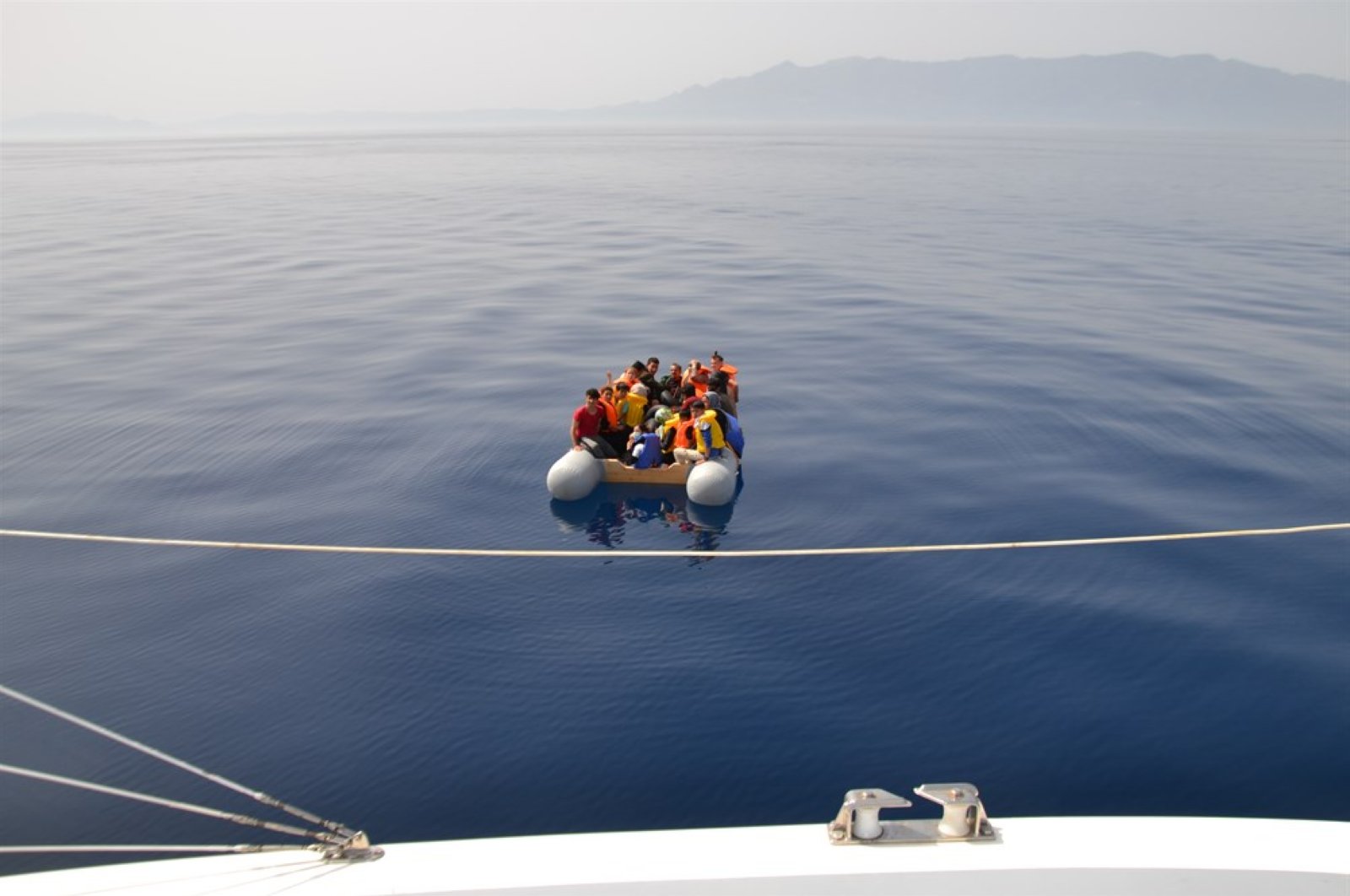 Migrants and refugees on rubber board pictured off İzmir's Seferihisar district on Thursday, May 21, 2020 (AA Photo)
by DAILY SABAH WITH AA May 21, 2020 10:15 am
Edited By Nurbanu Tanrıkulu Kızıl

The Turkish Coast Guard rescued 24 migrants and refugees early Thursday who were adrift on a boat in the Aegean Sea.

The migrants were on board a rubber boat that was forced into Turkish territorial waters by the Greek Coast Guard.

The asylum seekers, including women and children, were rescued off the coast of Seferihisar in İzmir province.
No details have been provided on the nationality of the migrants and refugees.

Turkey has condemned Greece for its harsh reaction to the influx of people at its border, including physical attacks, spraying tear gas and killing several people who attempted to cross to Greece from Turkey.