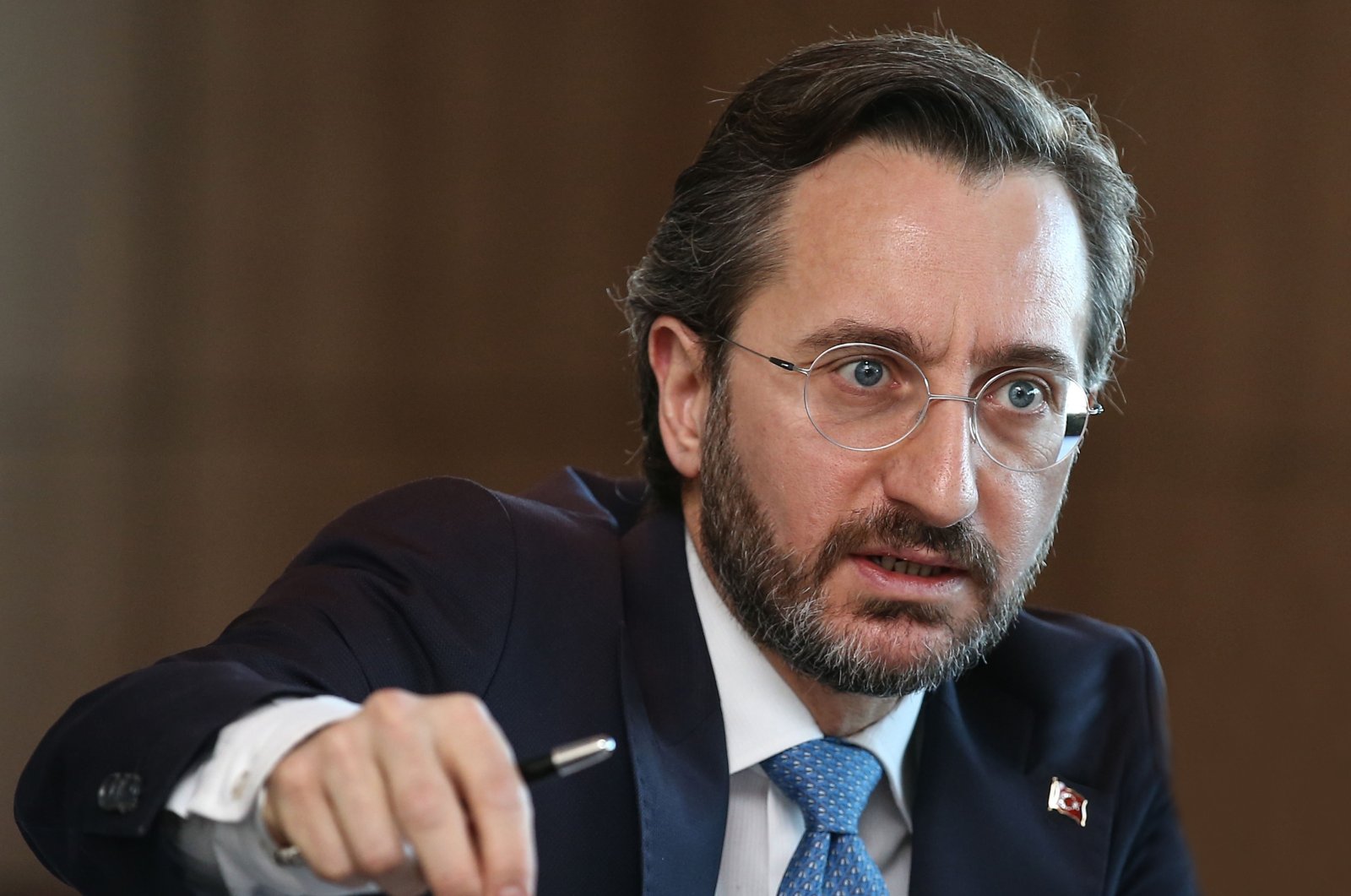 Communications Director Fahrettin Altun Monday denied United Kingdom media reports alleging the establishment of an asylum processing center in Turkey for Afghan refugees, saying "no such demand exists," and underlined that media organizations such as BBC Turkish, which spread the rumors revealed to be falsehoods, had to later remove the articles and delete the social media posts spreading the misinformation.

Pointing to the Turkish Foreign Ministry's statement in this regard Sunday, Altun slammed Turkey's opposition parties for "insisting on lies and slander."

He accused the opposition of "embracing this lie" and "attacking the government" without even reading a "single word of the article."

"Our Ministry of Foreign Affairs quickly made a statement and revealed that what was said did not reflect the truth. But unfortunately, the opposition did not stop insisting on lies and slander," Altun wrote on Twitter.

"Let us state that there is no such demand. Even if there is a demand, we will never accept it," he said.

Underlining that lying is sinister and dangerous, Altun said, "We will tell the truth under all circumstances."

"You owe an apology to our nation," Altun told the media organizations who helped spread the "fake news."

British Defense Secretary Ben Wallace wrote an article in The Mail Sunday, saying: "A series of 'processing hubs' will be set up in countries neighboring Afghanistan for refugees who manage to escape. If they can establish their right to come to the U.K., they will be flown to Britain."

Although Turkey's name was not mentioned in the article, the tabloid in another story said the U.K. is looking at establishing hubs in countries such as Pakistan and Turkey.

The Turkish Foreign Ministry denied the claims and said, "The news in the U.K. press suggesting there are plans to establish an asylum processing center for Afghan asylum-seekers in Turkey does not reflect the truth."