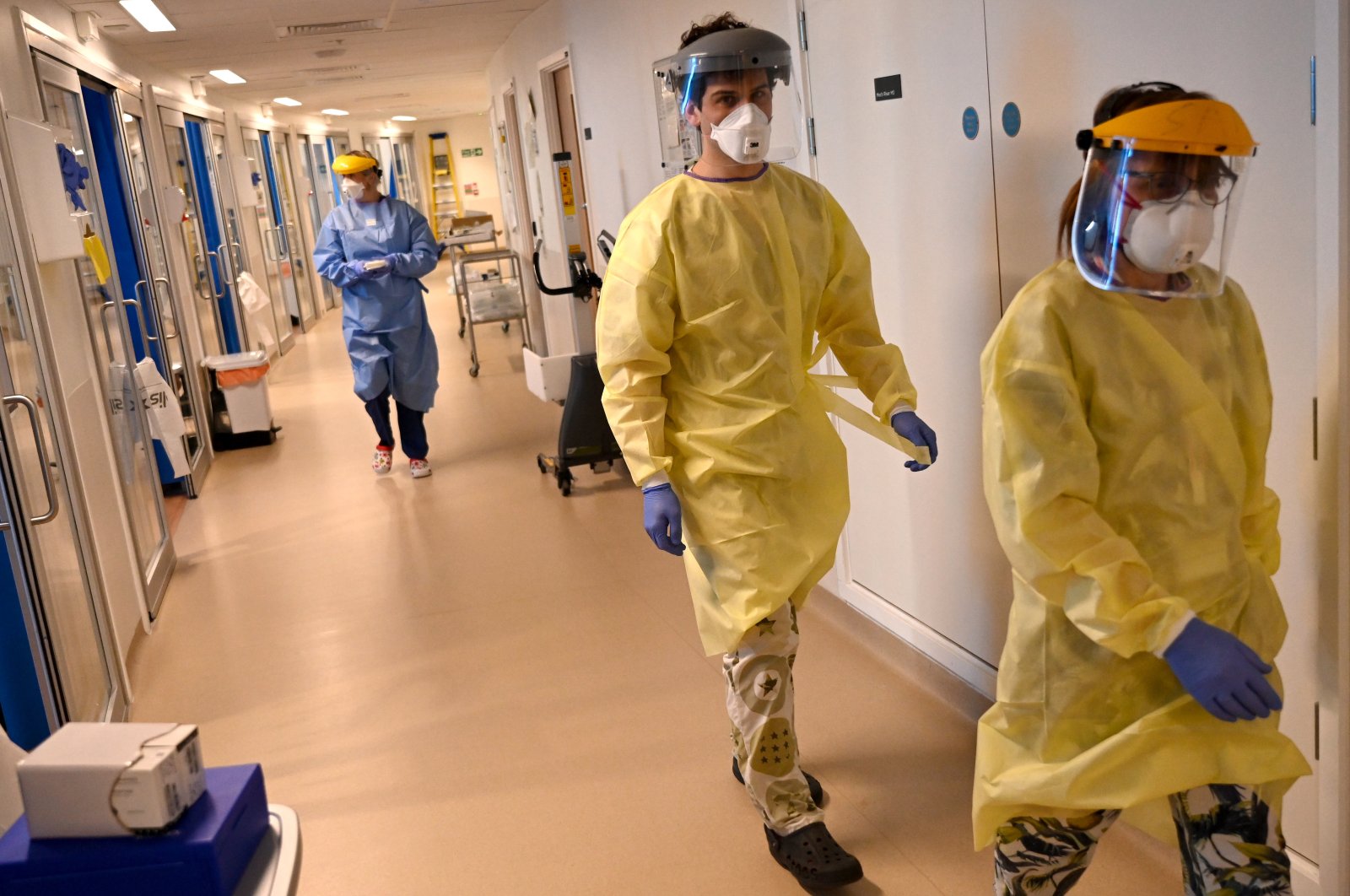 Clinical staff wear personal protective equipment (PPE) as they care for a patient at the intensive care unit at Royal Papworth Hospital in Cambridge, Britain, May 5, 2020. (EPA Photo)
by Daily Sabah with AA May 08, 2020 9:13 am
Edited By Nurbanu Tanrıkulu Kızıl
RECOMMENDED

Presidential Communications Director Fahrettin Altun has criticized the media outlets that have embraced and published a false news story claiming that the personal protective equipment (PPE) purchased by the U.K. from Turkey was "useless," without confirming details of the story.

Altun said it is a pity that some media outlets have shown great interest in allegations that personal protective equipment (PPE) purchased in the U.K. from Turkey was "useless."

He said on Twitter that the mentality of those who relied on the anti-Turkish news without determining its accuracy and reliability highlighted the importance of independent, impartial, credible and responsible media.

Altun said that both U.K. and Turkish officials rejected the baseless allegations and revealed the truth.

If the media stops chasing the truth by being drawn into a vortex of lies, superstition and sensation, there could be no defense of democracy, he added.

"Stories in the U.K. media that 400K items of PPE sent from Turkey are unusable are untrue," Dominick Chilcott, the U.K.'s ambassador to Turkey, said Thursday.

"There is no problem with medical supplies that are donated by Turkey or purchased from the country. All of them comply with international standards," said Turkey's Deputy Foreign Minister Yavuz Selim Kıran.

Two weeks ago, the British government made an announcement that 400,000 coveralls would be delivered from Turkey. However, the delivery had been delayed for days due to reasons originating from the private supplier. The delivery only became possible when the Turkish government stepped in to eliminate the delaying contractual problems.

The claim was repeated all through Thursday by almost all main media organizations including state broadcasters BBC and Sky News as well as by local newspapers the Guardian and Financial Times a day after the U.K. achieved the worst death toll in Europe from the coronavirus and the second worst worldwide.

Chilcott said in a series of tweets that the news stories involving the so-called "useless PPE from Turkey" were not true. He said the U.K. was thankful for Turkey's aid in supplying PPE.

"The majority of the delivered products is still waiting to be tested in the warehouses in the U.K. and Turkey," Chilcott wrote in Turkish.

Previously Turkish officials said that the government was not involved in any stage of the production of the 400,000 PPE that Britain rejected for reportedly not meeting safety standards.

The official pointed out that the dispute was between the private company and the U.K., while an official from Selegna Tekstil, which produced the gowns, told the BBC that the company has not received any complaints from the National Health Service (NHS), the British embassy in Ankara or British government officials regarding the quality of the PPE.