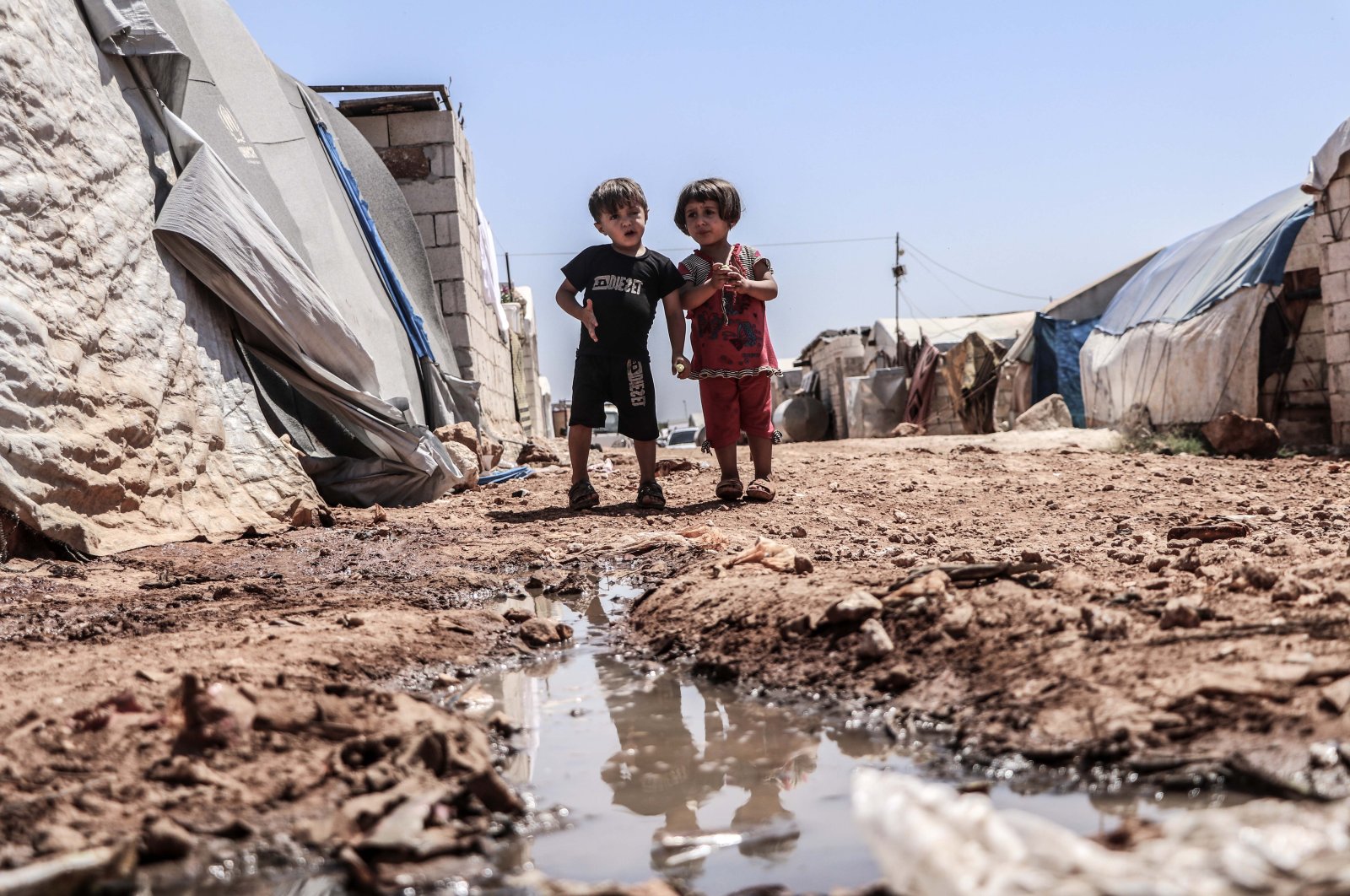 Most recently, an outbreak of Leishmaniasis disease has caused a fresh humanitarian crisis among people, who have fled their homes due to the Bashar Assad regime and its backers’ attacks, in Idlib’s refugee camps. It is reported that infrastructural problems including open cesspools and damaged sewer systems have triggered such outbreaks.

Leishmaniasis is a contagious skin disease spread by the bite of certain types of sandflies, said Ibrahim Mekki, a doctor from Idlib.

Mohammed Ibrahim, a displaced Syrian living in camps, told the Anadolu Agency (AA) that seven members of his family have contracted Leishmaniasis disease so far.

“The situation of the camp we are living in is pathetic. There are dirty puddles and bad smells. Seven people from my family contracted the disease and children could not recover.”

Underlining that there is no health facility within the camp, Ibrahim said: “We tried alternative medicine methods, but they did not help. We are worried the disease will spread further. We cannot control it. We need health services, treatment and medicine.”

In Syria's northwest, some 3 million people are trapped in a shrinking opposition bastion battered by months of bombardment, especially in Idlib. The population of the region gradually increased with many people running from regime attacks and terrorist torture. However, the displacement of civilians has intensified since mid-December when the Russian-backed Assad regime started a new assault to seize the last opposition bastion. It is estimated that over 1 million Syrians have moved near the Turkish border due to intense attacks over the last year, while half of this number was displaced after November 2019. After heightened tensions, Russia and Turkey in March reached an agreement to halt violence and the flow of displaced people.

The camp executive Adnan Kaddur also said that there are 425 families living in the camp and 120 families have contracted Leishmaniasis disease so far. He added that this number keeps growing every day.

Mekki said a lack of medicine is another major factor in the spread of the disease.

Leishmaniasis occurs mostly in the developing world and is rare in more developed parts of the world, such as in instances when troops are stationed away from their home countries. About 4 million to 12 million people are currently infected in 98 countries. About 2 million new cases and between 20,000 and 50,000 deaths occur each year. About 200 million people in Asia, Africa, South America and Central America and southern Europe live in areas where the disease is common.

The camps in northwest Syria are densely populated, and there is insufficient relief reaching them, while the health and education sectors struggle to provide the required services. Even though nongovernmental organizations, the United Nations and Turkish institutions and relief organizations struggle to meet the needs of the many civilians in the war-torn country, in the face of the coronavirus threat, existing aid is insufficient. Only half of the countries’ medical facilities are still operating.

In a latest effort, Turkey has been conducting a project to build briquette homes in Idlib for displaced civilians. President Recep Tayyip Erdoğan last week donated 250,000 Turkish liras ($37,000) for the home-building campaign. The project is focused on rebuilding war-torn Idlib and was initiated by Turkey's Disaster and Emergency Management Authority (AFAD).

Prior to the donation, Erdoğan promised at least 50 homes during a meeting organized by AFAD for civil society organizations consultation for Idlib. He called the meeting and received information about the project from Interior Minister Süleyman Soylu, then transferred money to AFAD's account, which will be used to build the homes. Other ministers also donated to build more than 490 homes.

Sharing a post from his Twitter account, Soylu stated that in cooperation with the Sadakataşı Foundation and Social Development Center and the Education and Social Solidarity Association (TOGEM), first lady Emine Erdoğan donated 57 briquette houses to Idlib. The minister also expressed gratitude for the donation.

All of Turkey's provincial authorities will donate to the project in the sum of about 5,000 homes. The project is organized under AFAD's leadership with the collaboration of prominent Turkish civil society organizations. Fifty homes are planned to be finished by the end of the year.