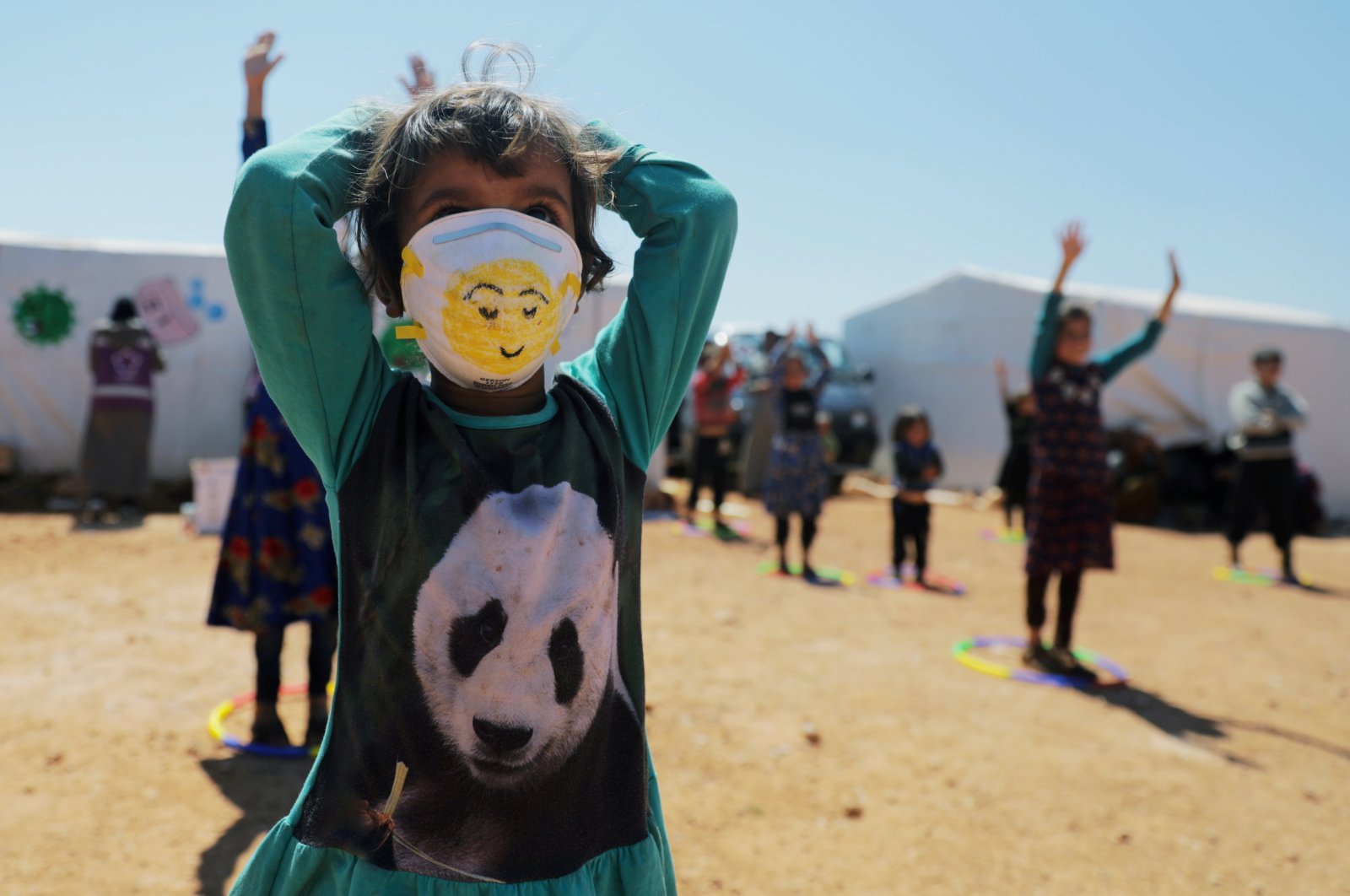 A displaced girl wears a face mask as she takes part in an event organzied by Violet Organization, in an effort to spread awareness and encourage safety amid coronavirus disease (COVID-19) fears, at a camp in the town of Maarat Masrin in northern Idlib, Syria, Tuesday, April 14, 2020. (REUTERS)
by Anadolu Agency Apr 15, 2020 9:46 pm
RECOMMENDED

The Arab League warned Wednesday that a humanitarian disaster could occur if the coronavirus pandemic spreads in refugee camps in Syria.

A statement by the bloc's 22 Arab nations came after a meeting between its secretary general, Ahmed Aboul-Gheit, and U.N. special envoy for Syria Geir Pedersen.

They discussed the dangerous consequences of the spread of the virus among refugees and asylum seekers, and the importance of an Idlib cease-fire agreement, inked March 5 between Turkey and Russia, to prevent the military escalation in the region.

The statement said many of those who live in camps do so in poor health conditions, and it underlined that 6.5 million Syrians have been internally displaced, and more than 5.6 million have fled Syria since 2011.

According to running data by U.S-based Johns Hopkins University, Syria has at least 29 coronavirus cases and two deaths as of Tuesday, but human rights activists warn the virus could sweep into conflict-hit areas.

In late March, U.N. aid chief Mark Lowcock said the first confirmed cases of COVID-19 infection in Syria are just the "tip of the iceberg" of an outbreak that could have a "devastating impact" on the war-ravaged country.

Syria has been in civil war since early 2011 when the Assad regime cracked down on pro-democracy protests.

Hundreds of thousands have been killed and more than 10 million displaced in the past nine years, according to UN officials.

Globally, the virus has infected more than 2 million patients and has claimed an excess of 130,500 lives, according to figures compiled by Johns Hopkins University.

More than half a million have recovered.