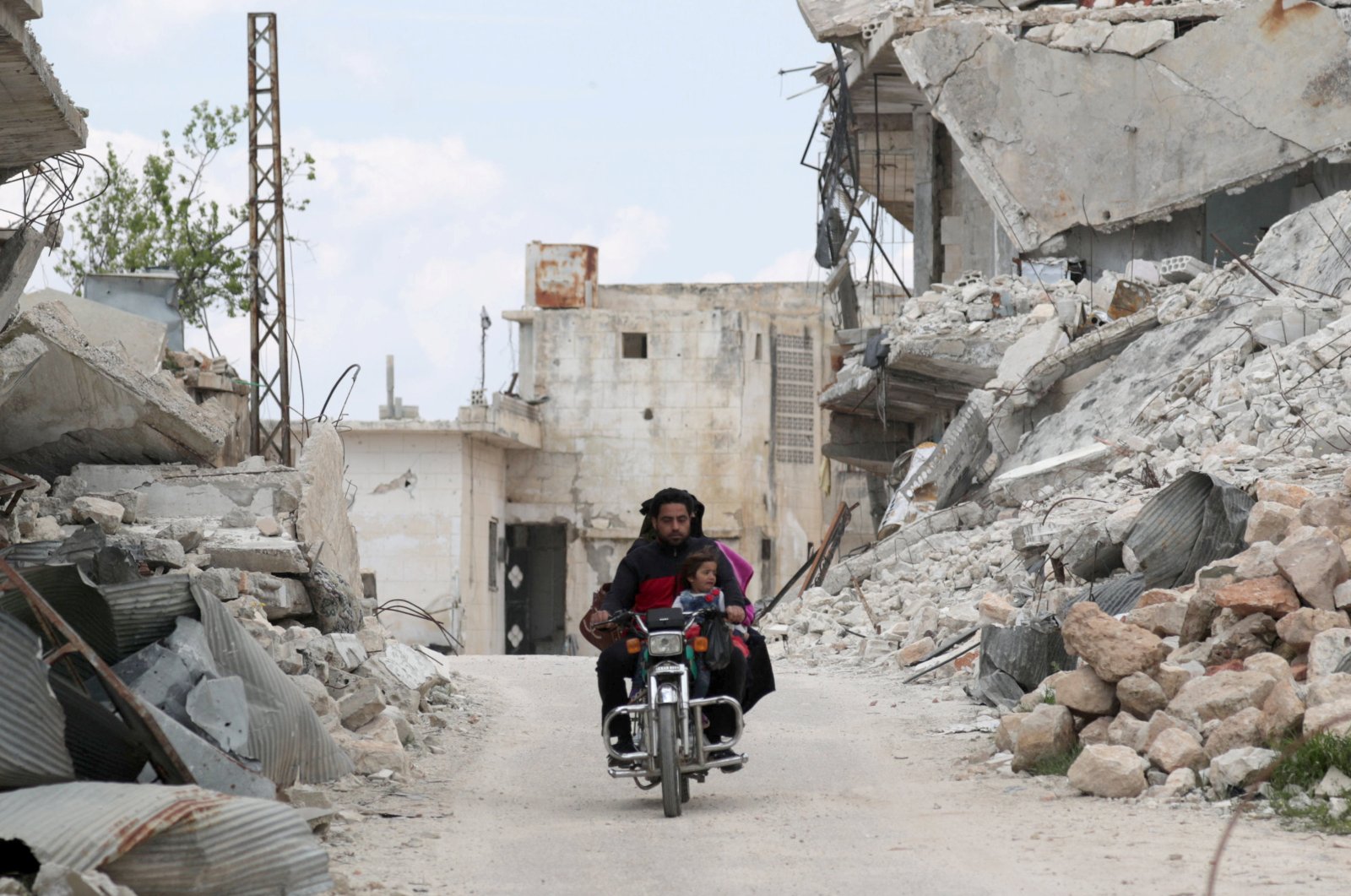 As Europe and the United States struggle to contain the coronavirus pandemic, experts warn that disaster looms in war-torn Syria, where hospitals are unable to meet existing needs and hygiene conditions are dire.

The outbreak has infected more than 1.8 million people and killed more than 112,000 around the world since emerging in China in December last year.

In Syria, the Assad regime has closed borders, forbidden movement between provinces and shut schools and restaurants in an effort to stem the spread of the virus.

And while the regime has regained control of most of the country after almost a decade of civil war, some areas are still held by Turkey-backed moderate opposition forces and YPG/PKK terrorists.

"Medical staff believe that there are many people who are dying in Syria with the symptoms of the virus," said Zaki Mehchy, a senior consulting fellow at London-based think tank Chatham House.

"But the security agencies ask them or order them not to mention it, especially to the media," he added.

Aid groups are sounding the alarm on the potentially devastating consequences of a severe outbreak in Syria, where nine years of war have hit hospitals and left them ill-equipped to deal with the pandemic.

"There is a disaster in the making," said Emile Hokayem, Middle East analyst at the International Institute for Strategic Studies in London (IISS).

According to the World Health Organization (WHO), less than two-thirds of hospitals were up and running at the end of 2019 and 70% of health care workers have fled since the war began in 2011.

The International Committee of the Red Cross (ICRC) warned that physical distancing is impossible in displacement camps in Idlib, the last opposition-held province, which was already enduring a humanitarian crisis before the pandemic started.

"A lack of food, clean water and exposure to cold weather have already left hundreds of thousands of people in poor health, making them even more vulnerable," said Misty Buswell from aid group International Rescue Committee (IRC), adding that the devastation in Idlib could be "unimaginable."

The IRC said that almost all of the 105 intensive care beds and 30 adult ventilators in Idlib were already in use.

WHO said testing would start in Idlib at the end of March, but little help is to be expected from Damascus, according to Mazen Gharibah, associate researcher at the London School of Economics.

"One cannot simply assume that the regime -- which was systematically targeting the hospitals three weeks ago -- is going to provide the same hospitals with medical equipment next week," he said.

Activists have repeatedly accused the regime of targeting hospitals in opposition-held areas, a charge denied by Damascus.

A cease-fire negotiated at the beginning of March for the northwest region between the two main foreign power brokers in Syria's war, Russia and Turkey, has so far held.

But according to the IRC, "the security and political vacuum the pandemic will create is likely to be exploited by actors involved in the Syrian conflict — including Daesh terrorists — to serve their interests."

For Syria expert Fabrice Balanche, associate professor and research director at the University of Lyon 2, "this epidemic is a way for Damascus to show that the Syrian state is efficient, and all territories should be returned under its governance."

But Gharibah said politicization of the pandemic by the Syrian government was catastrophic, accusing the regime of "using the current pandemic for its own political gains by gambling with the lives of millions of people."

Experts say there is a risk that the pandemic will lead to a decrease in humanitarian assistance as donor countries focus on kick-starting their economies.

"With attention and resources at home focused on recovery, it is going to be a lot harder to make a political case for sustaining humanitarian operations abroad," Hokayem said.

Aid groups warned against cuts in aid at a time when needs are critical.

"Should we fail, not only will the most vulnerable pay the price today for the inaction of the international community, the consequences will be felt across the globe for years, if not decades, to come," said IRC president David Miliband.