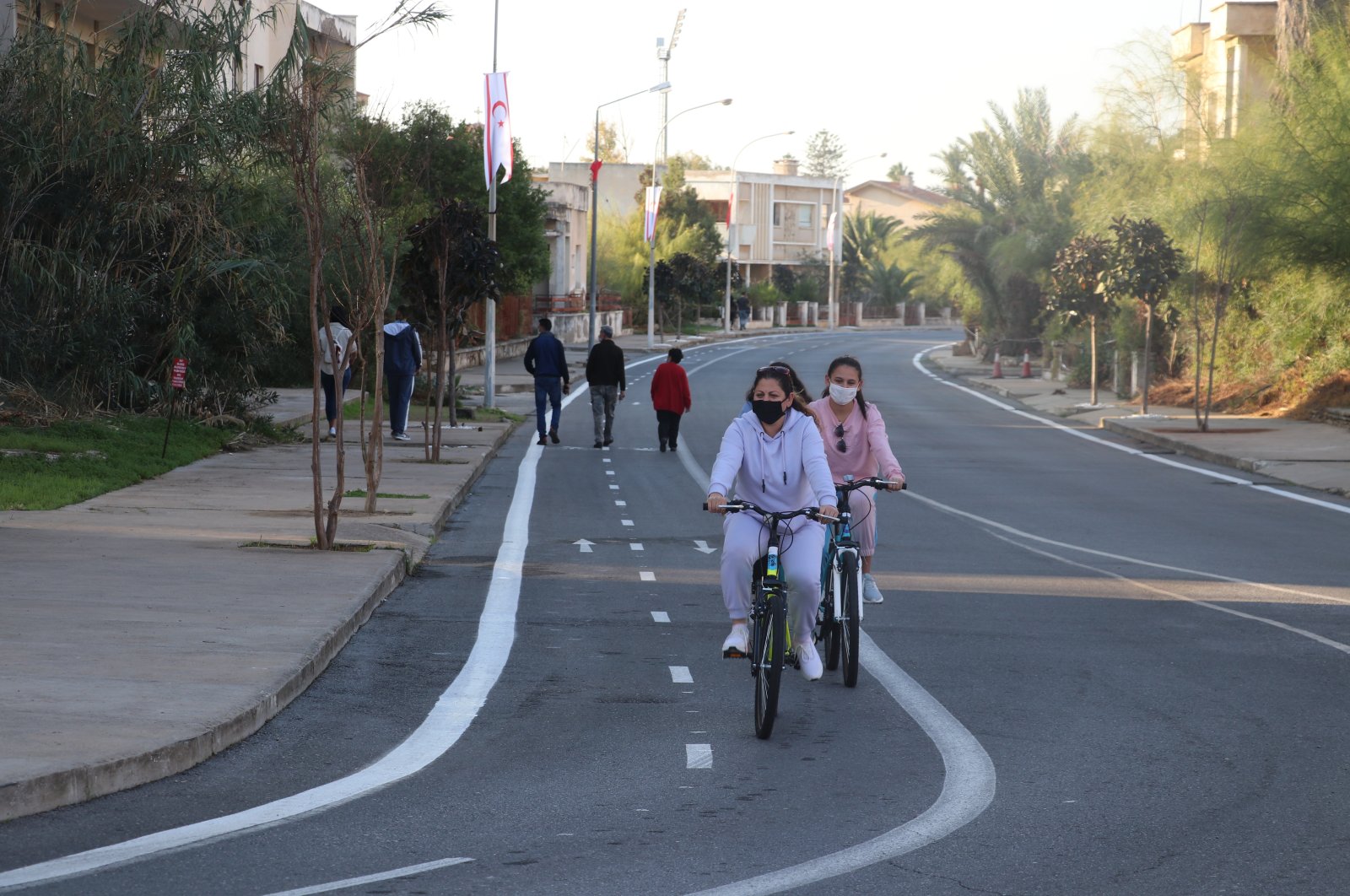 With the recent implementation of new environmental plans launched by the municipality, Maraş (Varosha), located in the northern part of Cyprus, which had been closed since 1974 and partially reopened on Oct. 8, is receiving a facelift as tourists return.

The city which had been a ghost town for years is now evolving with landscape design, cycle paths and kiosks set up in eight different points in the city.

According to Anadolu Agency (AA), around 67,500 people have visited Varosha since October.

Arter stated that the municipality strived to turn Varosha into a city where the laughter of children, the sound of people walking down the streets is heard and where the aroma of food wafting out of the windows of the city’s houses fills the air.

Saying that though there was criticism regarding the city’s opening, Arter pointed out that there were also Greeks, Britons and people from various nationalities visiting the region.

Arter underlined that the private property of people was left untouched during efforts to revive the city. He stated further that works to clear the closed parts of Varosha continue while the changing of these areas’ status was an administrative issue.

President Recep Tayyip Erdoğan had visited the parts opened to the public in Varosha during his visit to the Turkish Republic of Northern Cyprus (TRNC) on Nov. 15 to mark the TRNC's 37th anniversary of its foundation.

Erdoğan stated that the aim of steps taken in Varosha is not to create new aggrievements but to eliminate the existing ones.

Varosha was a famous resort area in Cyprus which boasted a capacity of 10,000 beds across more than 100 hotels, Turkish military forces intervened on the island following a Greece-backed coup.

The city of Varosha is protected by a 1984 U.N. Security Council (UNSC) resolution, stating that the empty town can only be resettled by its original inhabitants. If the Greek Cypriots had accepted the 2004 U.N. Cyprus reunification plan, the Annan Plan, Varosha would now be back under Greek Cypriot control and its residents back in their homes. Despite this, the majority of Greek Cypriots voted against the plan, whereas the Turkish Cypriots voted for it.