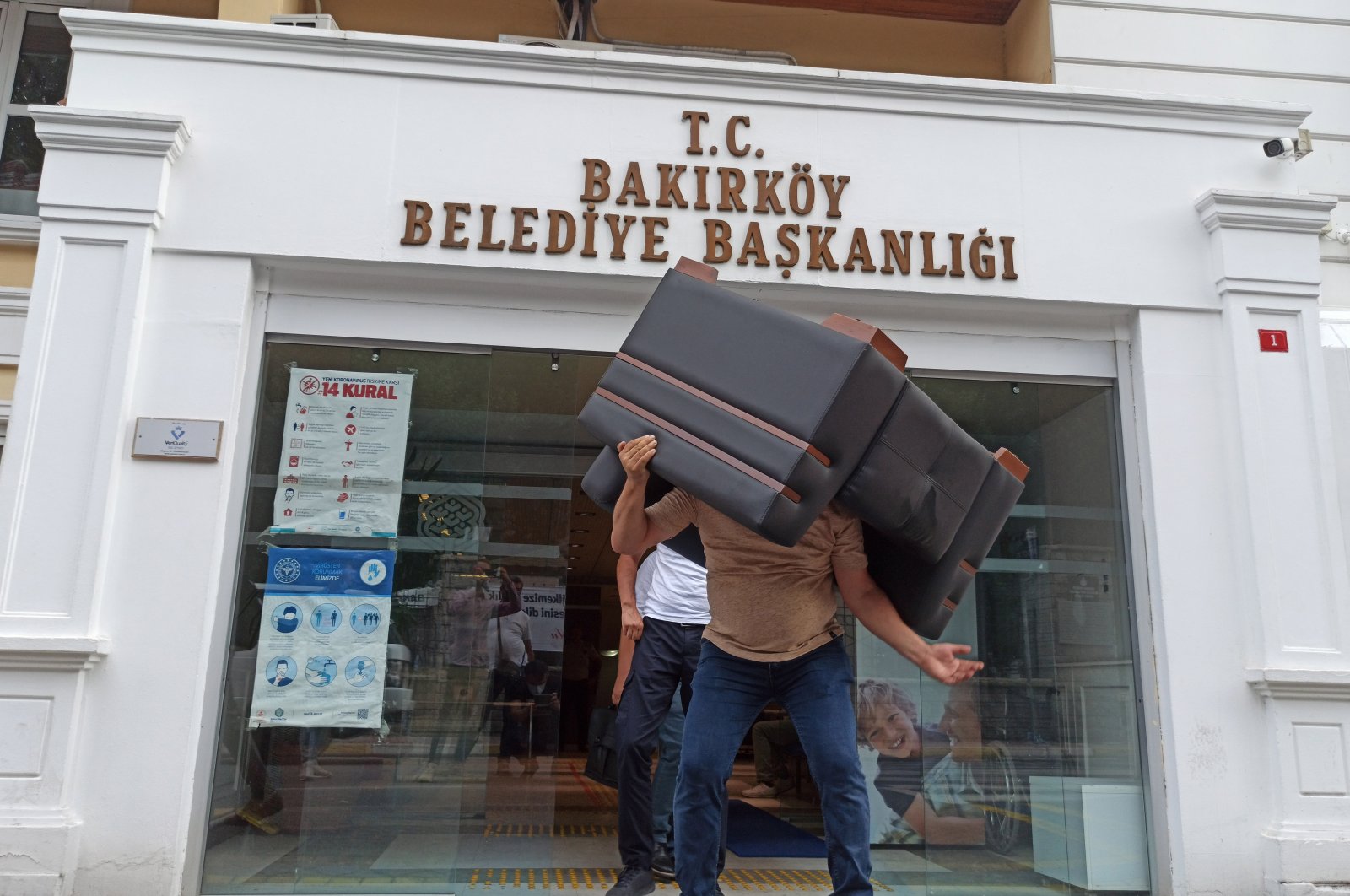 The furniture and belongings of the main opposition Republican People’s Party (CHP)-led Bakırköy District Municipality in Istanbul have been seized over failure to make payments to a cleaning company that was contracted to collect garbage in the district, reports said Tuesday.

Debt enforcement officers arrived at the Bakırköy Municipality headquarters to seize personal property, including computers, printers, couches and chairs, and emptied a whole floor in return for the municipality’s failure to pay TL 1 million ($140,000) in debt to the cleaning firm.

The company lawyer arrived with police officers to attend to the seizure, Hürriyet daily reported.

Hatice Türk, an official at the unspecified company, told reporters that the seizure took place after a court concluded a 15-year lawsuit, ruling that the municipality would have to pay them TL 1 million for garbage collection and watering work contracted in 2004.

“We came here to oversee the seizure of assets as the municipality has failed to pay us since January,” Türk said, adding that the value of the items seized did not add up to TL 1 million.

It is not the only controversy the municipality has been embroiled in recently, as a group of vendors at the local bazaar gathered in front of the municipal headquarter last week to protest the decision to close their venue without explanation. The vendors threw eggs at the building and demanded to speak with District Mayor Bülent Kerimoğlu but were unable to find any officials with whom to address their concerns.