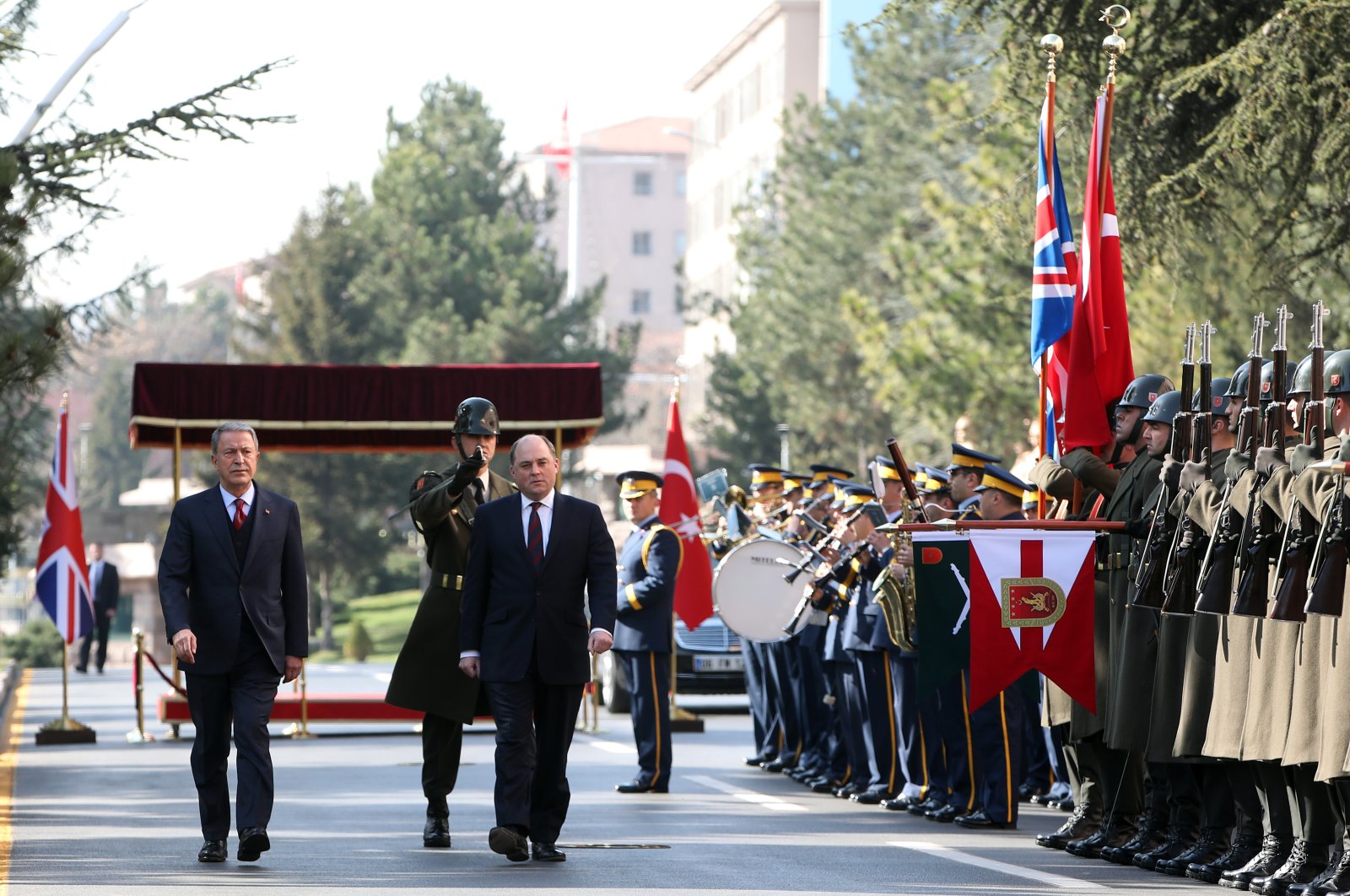 Hulusi Akar received Ben Wallace, who was in Ankara as an official guest, with a military ceremony, according to a statement from Turkey's Defense Ministry.

After the ceremony, Akar and Wallace held a meeting with their delegations.

The main topics of discussion were regional defense and security issues, especially in Syria's Idlib province, and the defense industry.

The two ministers emphasized their determination to stop the bloodshed in Idlib, preserve stability on Turkey's borders and prevent a humanitarian crisis in war-torn Syria.

Regarding these issues, the importance of mutual dialogue and collaboration was stressed.

The cease-fire in Idlib, which came into effect last week, was agreed by Turkey and Russia after bilateral talks and meetings in Moscow that lasted over six hours.

Under the deal, all military activities were to end there, along with the establishment of a security corridor 6 kilometers (3.7 miles) to the north and south of the key M4 highway.

On Wednesday, President Recep Tayyip Erdoğan warned that Turkey will respond heavily if its observation posts in Idlib are targeted.

"Turkey will do more than merely retaliate if its observation posts in Idlib are targeted," he told ruling Justice and Development Party (AK Party) deputies at a meeting in the capital Ankara.