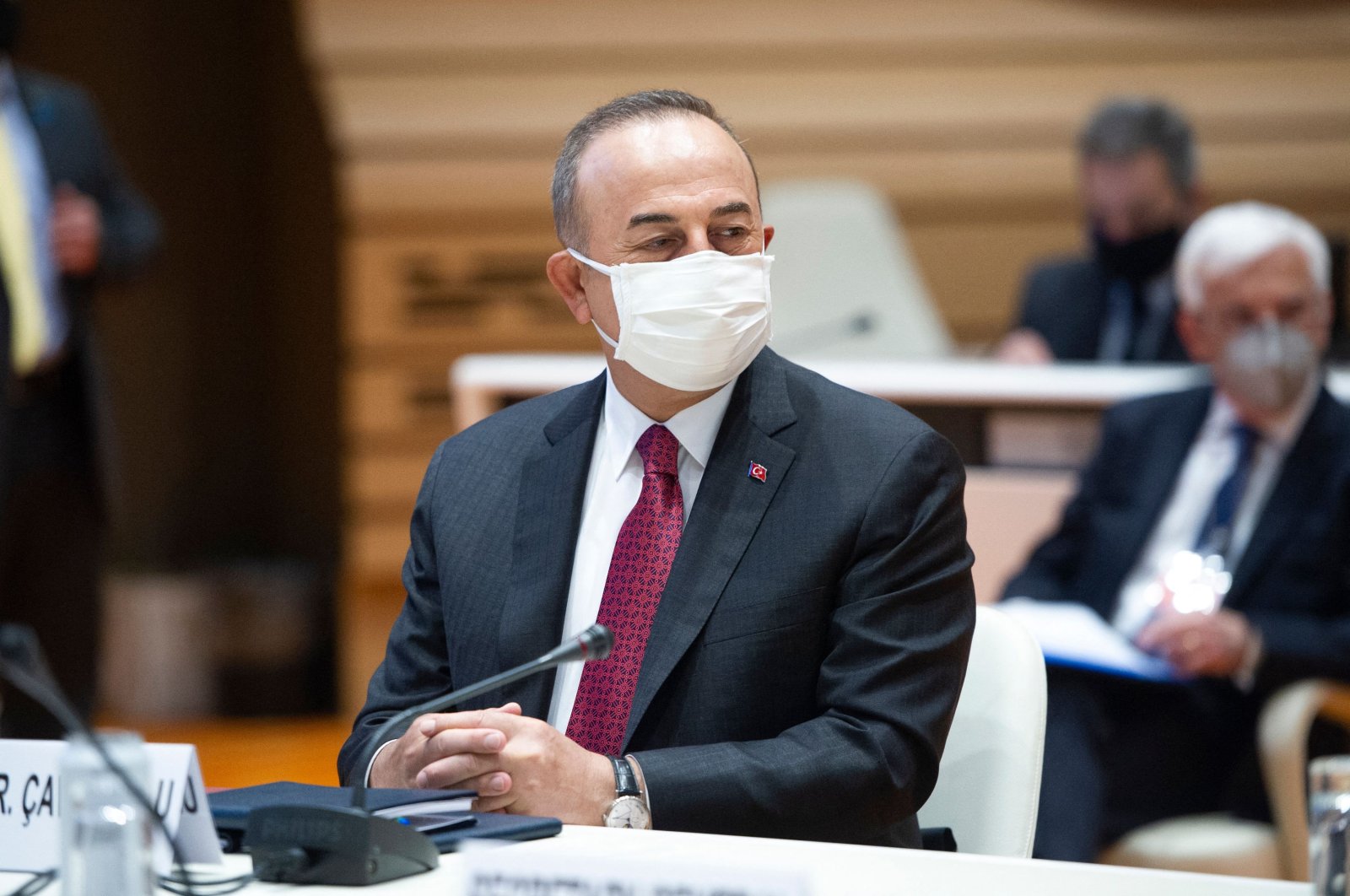 Turkey's Foreign Minister Mevlüt Çavuşoğlu is pictured at the opening of a 5 1 Meeting on Cyprus at the United Nations Office in Geneva, Switzerland, April 28, 2021. (AFP Photo)
by DAILY SABAH Apr 28, 2021 3:44 pm
RECOMMENDED

Peace and stability for the whole region can only be achieved through the cooperation of the two separate states on the island of Cyprus, Foreign Minister Mevlüt Çavuşoğlu stated on Wednesday as the United Nations-led Cyprus talks are continuing in Geneva.

In Geneva strong support has been declared for the Turkish Cypriot side's vision of sovereign and equal international status states, Çavuşoğlu said on Twitter.

The Turkish Republic of Northern Cyprus (TRNC) explained during the meeting why a federal solution, involving a single state with the current Greek Cypriot administration, would not be possible, said Çavuşoğlu, adding that a "fair, permanent and sustainable solution" could only be achieved "based on realities" on the island.

During the 5+1 meeting between the two sides, guarantor countries Turkey, Greece and Britain, Çavuşoğlu also met with U.N. Secretary-General Antonio Guterres and discussed the solution on Cyprus.

European Union governments hoping to improve relations with Turkey after months of tension are likely to watch the process for signs that Ankara is willing to engage in the talks.

Turkey is also at odds with NATO ally and neighbor Greece over boundaries and mineral rights in the Eastern Mediterranean. The Geneva meetings could provide an opportunity to continue fence-mending consultations between the two countries despite generally low expectations over the Cyprus talks.

The island has been divided since 1964 when ethnic attacks forced Turkish Cypriots to withdraw into enclaves for their safety. In 1974, a Greek Cypriot coup aimed at Greece's annexation led to Turkey's military intervention as a guarantor power. The TRNC was founded in 1983.