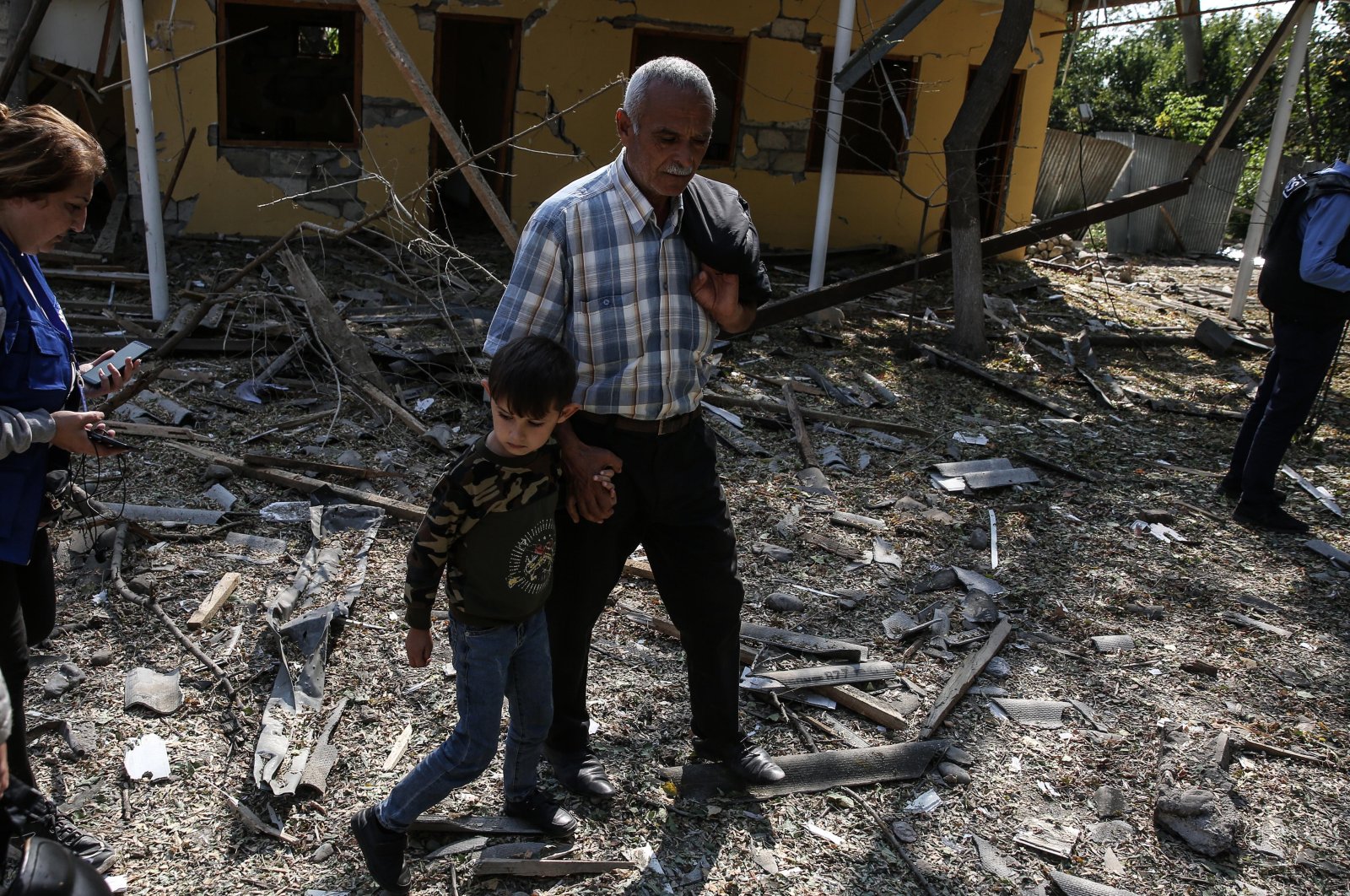 Three people, including a toddler, were killed and 10 others injured in an Armenian missile attack on the Azerbaijani city of Barda in Yerevan's latest violation of the humanitarian cease-fire, presidential aide Hikmet Hajiyev said Tuesday.

The news came shortly after U.S. Secretary of State Mike Pompeo pressed leaders of Armenia and Azerbaijan to cease hostilities after reports of the third cease-fire violation.

"In violation of humanitarian ceasefire and in order to compensate their sustained military losses Armenia resorts to #Warcrimes of killing civilians. Barda region was attacked with reactive missiles. So far 3 killed, 10 people including kids and women seriously wounded," Hajiyev said on Twitter.

He continued by noting that firefighters are trying to extinguish the fire that emerged following the attack.

Nagorno-Karabakh is an Azerbaijani territory that has been under the control of Armenian forces since a war there ended in 1994. The current fighting that started Sept. 27 marks the worst escalation in the conflict since the war’s end.

After two failed attempts by Russia to broker a truce, the U.S. waded onto the scene on Friday, with Pompeo hosting the Armenian and Azerbaijani foreign ministers for separate talks.

“Both must implement a cease-fire and return to substantive negotiations,” Pompeo said in a tweet after the negotiations and the two sides announced that they reaffirmed commitment to a cease-fire that would start at 8 a.m. on Monday.

However, shortly after the cease-fire came into effect, Armenia continued to attack Azerbaijan, according to Azerbaijani officials.

The statement expressed that such actions undermine Armenia's universal humanitarian and moral values.

"We condemn these inhumane actions of Armenia in the harshest way possible while calling on responsible countries to urge Armenia to stop its war crimes," the statement continued.

The Foreign Ministry also pointed at the fact that although Armenia has been violating the cease-fire for the third time, none of the Minsk Group countries have made a statement to condemn its actions.