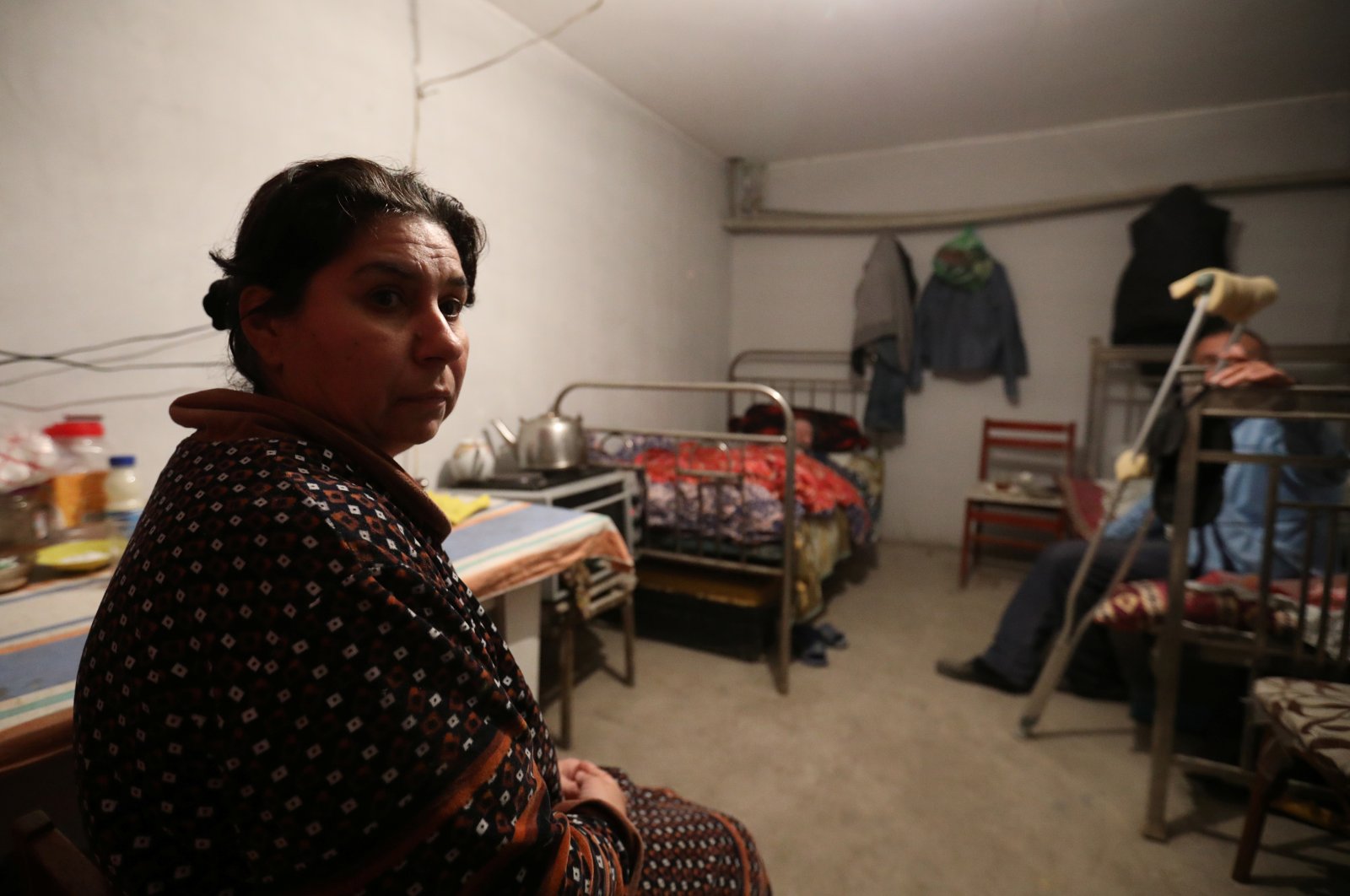 Local residents are seen in the basement of a building used as a bomb shelter during a military conflict over the occupied region of Nagorno-Karabakh, in the town of Barda, Azerbaijan, Oct. 30, 2020. (REUTERS)
by DAILY SABAH WITH AGENCIES
Nov 06, 2020 11:17 am

So far, 92 Azerbaijani civilians have fallen victim to the Armenian Army's attacks in occupied Nagorno-Karabakh, while 404 others have been injured, Azerbaijan announced Friday.

According to Azerbaijan's Chief Prosecutor's Office, a total of 3,064 houses, 100 apartments and 504 public buildings have been heavily damaged during the Armenian attacks, becoming unusable.

Fresh clashes broke out on Sept. 27 and since then, Armenia has repeatedly attacked Azerbaijani civilians and forces, even violating three humanitarian cease-fire agreements since Oct. 10.

To date, Azerbaijani President Ilham Aliyev has announced that over 200 villages as well as several settlements and cities of Azerbaijan have been liberated from Armenian occupation.

The latest U.S.-brokered temporary humanitarian cease-fire between Azerbaijan and Armenia went into effect on Oct. 26. However, it was short-lived, as only a few minutes after it went live, Armenian forces violated the truce again.

The first armistice, reached on Oct. 10, was violated within 24 hours as Armenian missile attacks on the Azerbaijani city of Ganja claimed many civilian lives.

Another truce on Oct. 17 was also violated by Armenia.

World powers including France, Russia and the United States have called for a sustainable cease-fire. Ankara, meanwhile, has supported Baku's right to self-defense and demanded the withdrawal of Armenia's occupying forces.

Four U.N. Security Council (UNSC) resolutions and two from the U.N. General Assembly (UNGA) as well as international organizations demand the "immediate, complete and unconditional withdrawal of the occupying forces" from the Azerbaijani territory.

According to the head of Azerbaijan's The Center for International Relations Analysis, Farid Shafiyev, the best possible solution to the ongoing conflict is to have a mediation from both Turkey and Russia to relaunch the negotiations.

Recalling the U.N. resolutions over the occupied area, Shafiyev told Anadolu Agency (AA) that Azerbaijan's stance on the issue is based completely on international law.

Shafiyev made it clear that in order for the Azerbaijan army to put an end to its operations, Armenia needs to step back and retreat its troops from the occupied Nagorno-Karabakh.

He highlighted that unless a clear timeline of Armenia's withdrawal from occupied areas is presented, it is very unlikely for the conflict to end.

"Armenia is a country that threatens the security of the region and this issue needs to be solved. In order for the peace to be reestablished in the region, the neighboring countries should escalate efforts," Shafiyev said.

"I believe the mediation of Turkey and Russia is the best option in order to move from the conflict phase to the negotiations phase. Russia understands this as well. A mechanism that would prevent the regional countries from claiming each others' territories should be established. Now, our primary aim is to establish the Azerbaijani territorial integrity," Shafiyev expressed, emphasizing that Turkey and Russia can help in achieving this aim.