Aghdam tries to get rid of damage caused by Armenian occupation 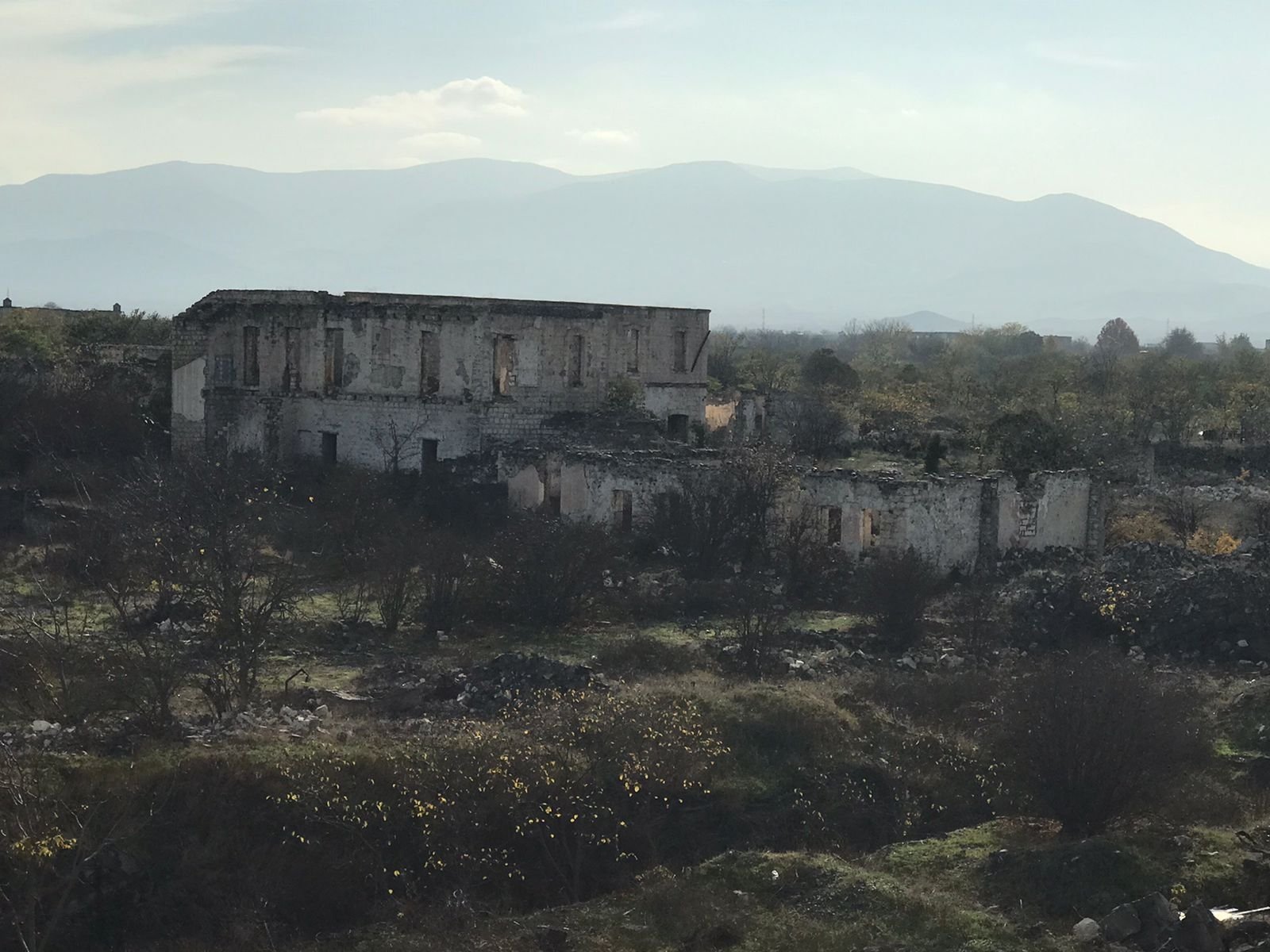 A once-famous cultural and business city in the Karabakh region of southwestern Azerbaijan is seeking a return to its golden age after it was destroyed and became a ghost town over the course of 27 years of Armenian occupation.

Armenian forces occupied 77% of Aghdam in 1993, displacing thousands of civilians from the district that was recaptured and liberated by Azerbaijani forces on Nov. 20, 2020.

Thousands of homes, shops and historical and religious centers were destroyed by Armenian forces after they occupied the city in the 1990s and caused billions of dollars worth of damage to the civilian infrastructure.

"The city has been completely destroyed. Even historical and religious places were demolished by the occupying forces of Armenia," Umid S. Isazada, presidential special envoy for the Aghdam district, told Anadolu Agency (AA).

A survey is underway to determine the exact number of homes and shops that have been destroyed, he said, noting that the numbers are in the thousands.

On Sunday, AA along with a media delegation from Pakistan visited the Aghdam district, where Isazada briefed the journalists on the destruction carried out by Armenian forces during the occupation and the reconstruction efforts currently underway.

Before 1993, Aghdam was famous and the largest city of the Karabakh region, with thousands of civilians and tens of thousands of hectares (acres) of cultivated land. It also had an airport and railway stations, which are now in ruins.

The city was founded in the 18th century, and according to local officials, was named Aghdam, meaning "White Roof," by the Karabakh ruler Panah Ali Khan, whose tomb and fortress were also located there.

The palace of Panah Ali Khan was also reduced to ruins by Armenian forces while Khan and his family members' tombs, which were located within the fortress premises, were also destroyed.

"Before the occupation, there was a garden. Everywhere were flowers, museums, mosques. But Armenia has destroyed all those historical and landmark places. Even the graves of Khan and his family members were destroyed," Isazada said.

"This was a paradise left behind by the ruler of Karabakh. But today, it looks like the ‘Hiroshima of the Caucasus,'" he added.

The term "Hiroshima of the Caucasus" is used by the Azerbaijani people to describe what took place in Aghdam since Yerevan destroyed the city in its entirety, with not a single building standing in its original state.

The Aghdam Bread Museum, which was founded in 1983, was located in front of Khan's palace. But only the front facade of the museum survived while the remainder of the structure was destroyed.

"There were 2,800 exhibits in this museum, but everything was destroyed by the occupation forces, and today you can see only ruins there," the official said, adding that the Aghdam State Drama Theater constructed in 1955 had also been demolished.

"The destruction of religious, historical and cultural places in Karabakh showed the hatred of Armenia for Muslims," Isazada said.

In March, Azerbaijani President Ilham Aliyev said international organizations and experts would assess the damage caused during the 30 years of the Armenian occupation.

Tural Ganjali, a member of parliament from the Karabakh region, said experts are now reviewing the destruction.

"So the magnitude of the damage is huge," he added.

Earlier, Aliyev said that all buildings in the area had been looted and destroyed as the Armenian forces did not want Azerbaijanis to return to the region.

"We will live here! We will live forever! We will restore all these buildings – all of them. Notice what is left of them. Has any international organization raised this issue in 30 years? Has any monitoring been carried out here?" he said.

"They did not leave behind a single building safe," he noted, adding that the Armenians will be held accountable for this destruction and will answer for it in international courts.

The Azerbaijani government has already approved a master plan to rebuild the city of Aghdam and work is underway on several projects, including the building of homes and apartments for displaced people.

The government has also decided to declare the old city an open-air museum and to build a victory museum near the ruined city.

"We will not restore the museum itself, but it will be part of an open museum complex under open sky to show the Armenian vandalism to the world and future generations," said Isazada.

According to the plan, the government is building a new city set to be the biggest in Karabakh and the fourth largest in the country.

"The new city will have a downtown, four big parks, tourist places, an industrial zone, a museum complex, an artificial lake and canal, commercial buildings, schools, hospitals, two big mosques, a sports complex, a tramline and wide roads," said the presidential adviser for Aghdam. He added that the government has also approved the establishment of Karabakh University in Aghdam, which will accommodate 10,000 students.

"This will be a new and environmentally friendly city."