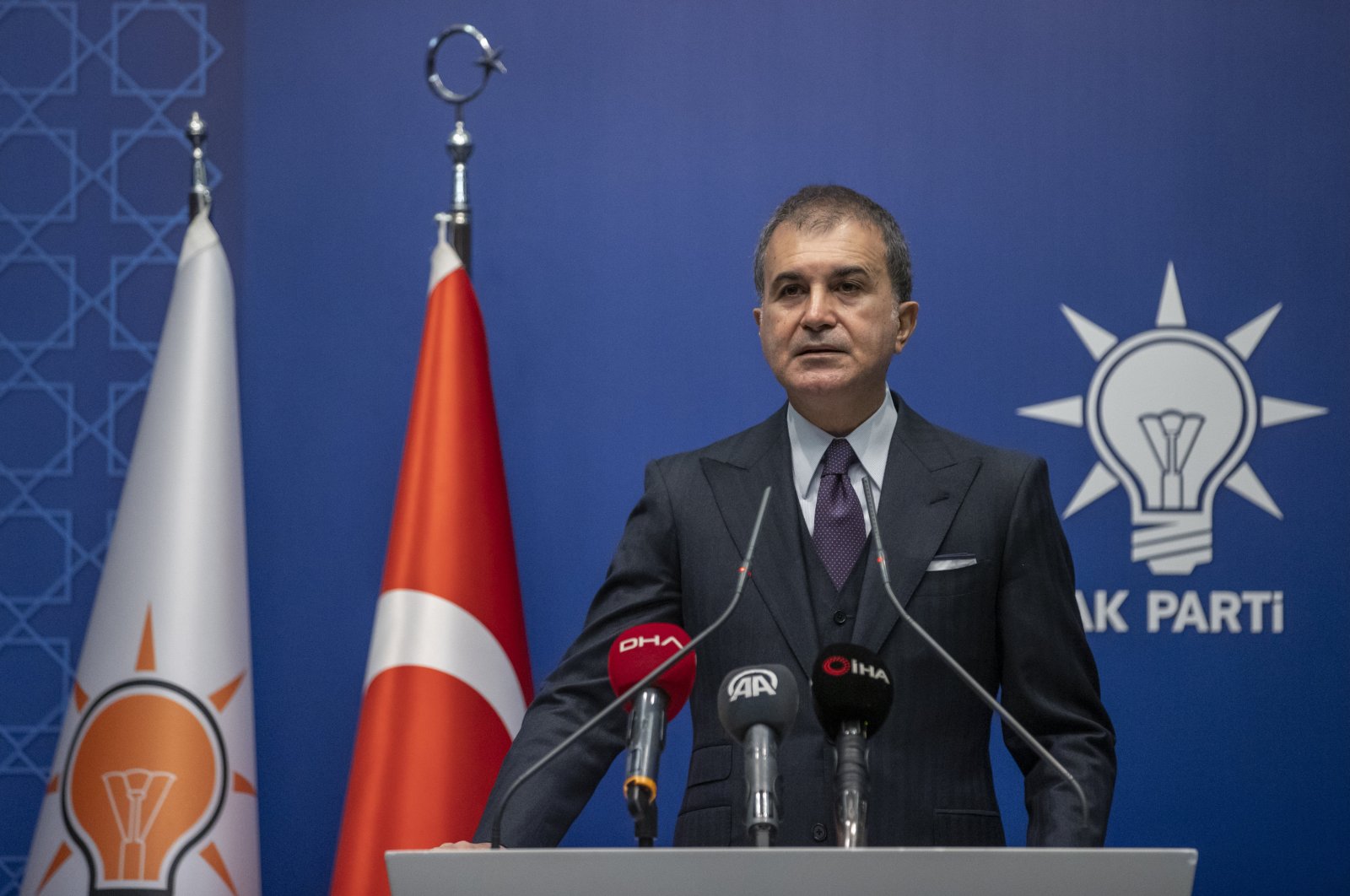 The ruling Justice and Development Party (AK Party) has rejected the U.S. decision to impose sanctions on Turkey for the purchase of Russian-made S-400 missile defense systems.

In a series of messages posted on Twitter, spokesperson Ömer Çelik criticized the sanctions as contrary to friendly relations between the two countries.

“This decision, which contradicts the spirit of alliance and contradicts the historical extent of Turkey-U.S. relations, has no legal basis and is far from justice and is completely wrong in terms of allied relations,” Çelik said.

The spokesperson added that Turkey was forced to procure the S-400 system from Russia after its NATO partners removed their Patriots from the country while rockets were landing on Kilis, near its border with Syria.

“This was our most natural sovereign right,” Çelik said, adding that Turkey is protecting its own borders, which happen to also be the borders of the European Union and NATO.

He warned that the unilateral sanctions, coupled with the rejection of diplomacy, may damage bilateral relations.

“Turkey is determined. We will continue to take all necessary precautions to protect our national security and protect our borders,” he said, adding that Turkey will also take steps in response to the sanctions.

“Our attitude is clear. We did not purchase the S-400s for no reason,” Kurtulmuş told a live broadcast on NTV on Tuesday.

Kurtulmuş also touched upon the cross border security threat, saying that Turkey had to have a mechanism to counteract the attacks against the country.

He noted that the politicians in the U.S. also know that the sanctions will have grave consequences.

“The U.S. does not want to lose an ally like Turkey,” he added.

Sanctions were placed on Turkey for its purchase of the Russian S-400 missile defense system.

The Turkish Foreign Ministry, in its immediate response, condemned the decision and highlighted the U.S.' unfair stance on the matter throughout the S-400 purchase process.