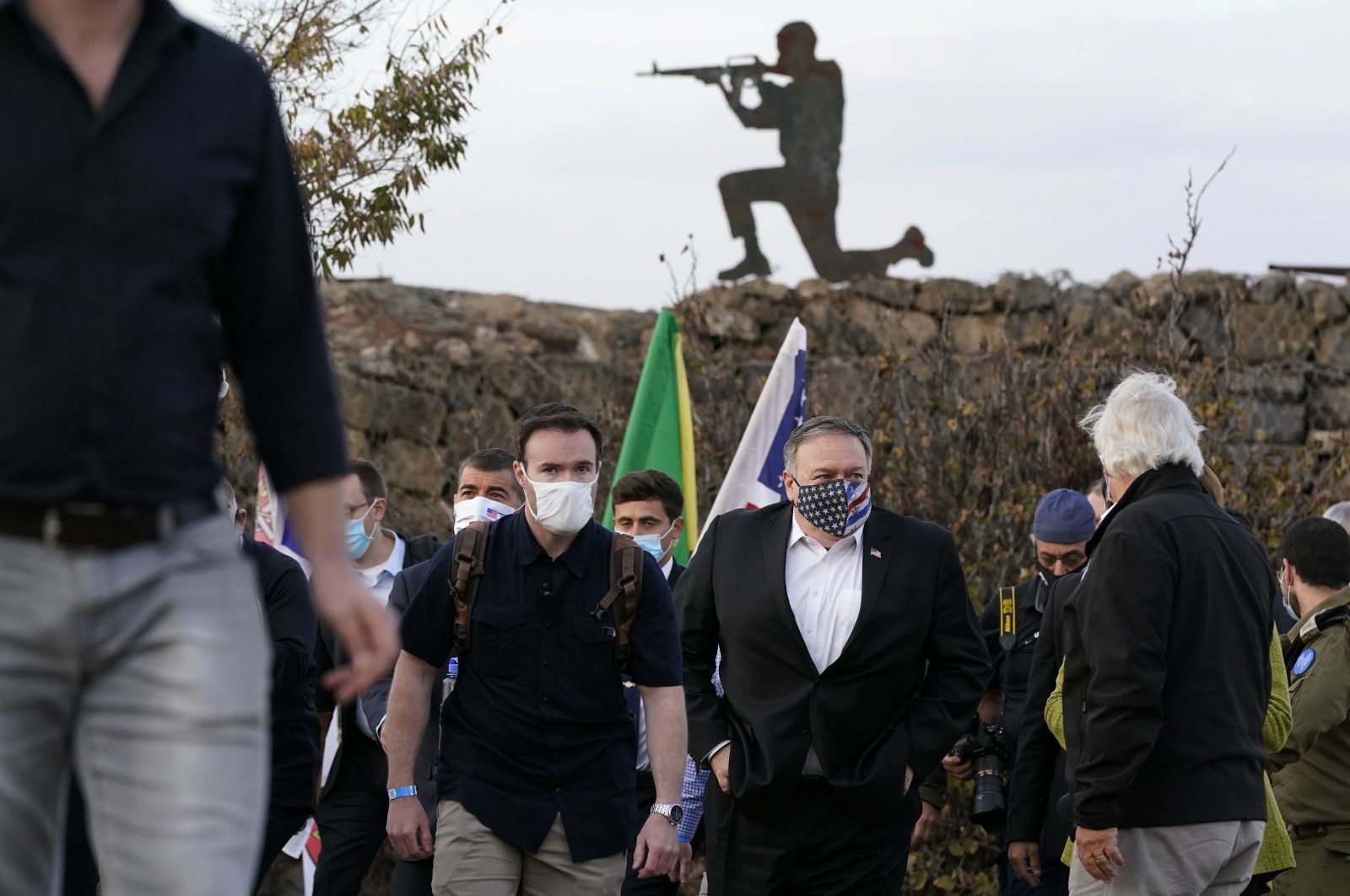 Turkey's ruling party on Friday criticized a recent visit by U.S. Secretary of State Mike Pompeo to an illegal Israeli settlement in the occupied West Bank.

"Pompeo's visit to illegally established settlements in the occupied Palestinian territories is a blatant violation of international law and decisions," Justice and Development Party (AK Party) Spokesperson Ömer Çelik said on Twitter, describing the visit as "irresponsible and unlawful."

Accusing Pompeo of taking steps to undermine plans for a two-state solution in Palestine with Washington's Golan Heights and Jerusalem decisions, Çelik said, "This approach irresponsibly endangers peace and stability in the Middle East and deepens the crisis."

"We stand behind the resolutions of the (United Nations) Security Council and the U.N. General Assembly on Palestine," Çelik said, calling on the international community to take a strong stance on the relevant decisions by these bodies.

"A common attitude and solidarity are required against injustice and unlawfulness," he added, underlining that President Recep Tayyip Erdoğan's "rightful and determined political struggle" continues for the Palestinian cause.

"We will be with our Palestinian brothers and sisters against all kinds of lawlessness under all circumstances," said Çelik.

Israel occupied east Jerusalem during the 1967 Six-Day War. In 1980, in a move never recognized by the international community, Israel annexed the entire city, claiming it as the self-proclaimed Jewish state's "eternal and undivided" capital. Last year, the U.N. called the Israeli occupation in Palestine "the longest occupation" in the world.

Pompeo on Thursday became the first top American diplomat to visit an Israeli settlement in the occupied West Bank. He also came under fire for not meeting with Turkish officials during his visit to Istanbul earlier this week, meeting instead with Greek Orthodox Patriarch Bartholomew.

He targeted Turkey in his visit to Paris Monday, calling on Europe to work jointly with the U.S. against Ankara’s actions in the Middle East over the past few months.

In September, Pompeo came under fire from Turkey for visiting the Greek Cypriot administration on the heels of lifting the U.S. arms embargo on the administration. Turkey decried both moves, saying that Pompeo should also have visited the Turkish Republic of Northern Cyprus (TRNC) and that lifting the arms embargo only raised tensions in the region.