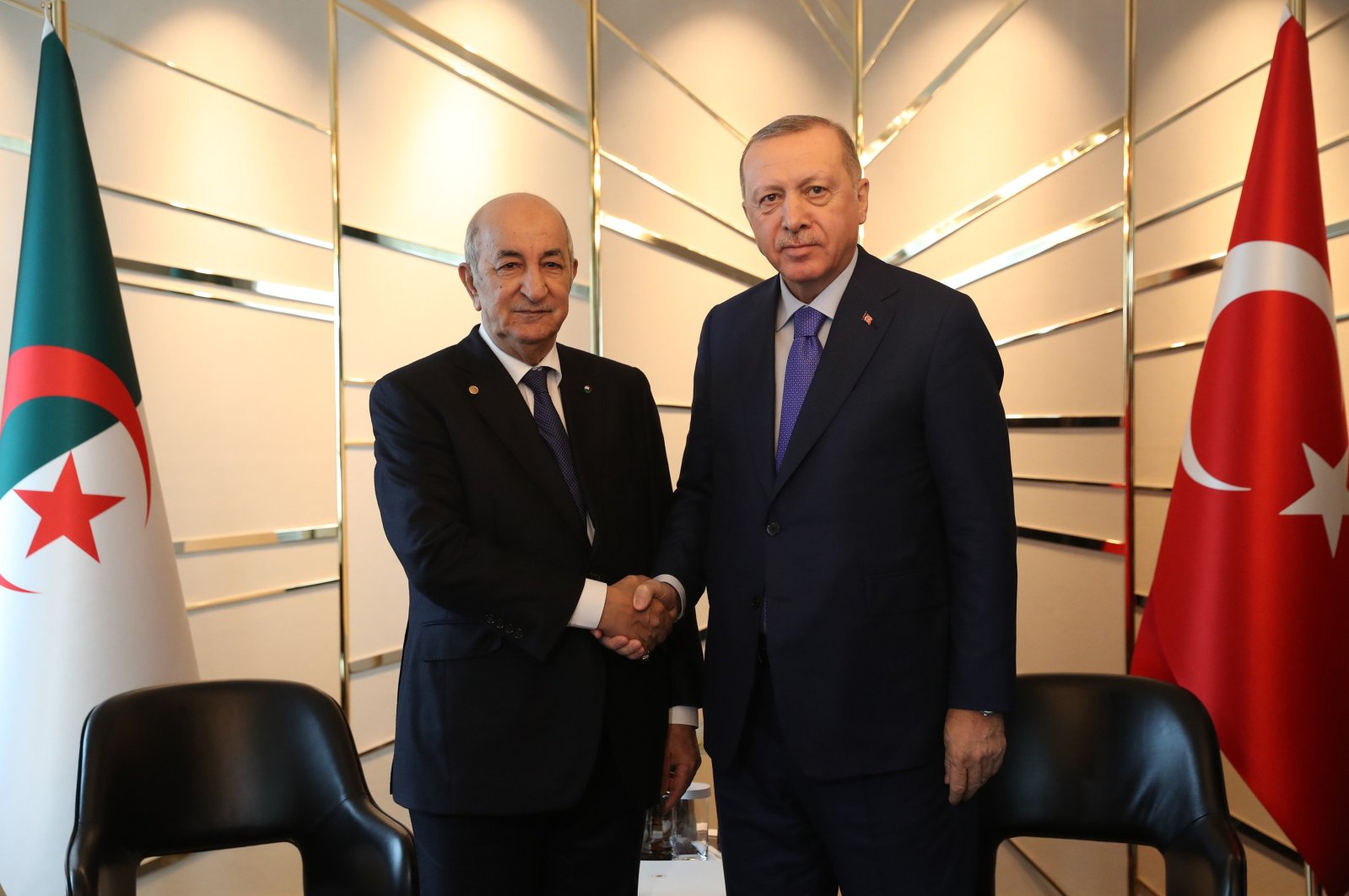 President Recep Tayyip Erdoğan shakes hands with Algerian President Abdelmadjid Tebboune ahead of a conference over Libya in Berlin, Jan.21, 2020. (IHA)
by DAILY SABAH WITH AA
May 29, 2020 11:27 am

Speaking at an online event organized by the Center for Middle Eastern Strategic Studies (ORSAM), Adjabi highlighted the long history of the two countries, referring to the Ottoman era as a period when the two regions were united for many years.

The event, focusing on the future of the two countries' relations, hosted not only Adjabi but also Ankara's envoy to Algiers Mahinur Özdemir Göktaş and experts on the issue.

"It is high time that our joint past, between the years of 1516-1830, should be rewritten by our own historians," Adjabi said, emphasizing that the history of the two has been market cornered by Western historians, which creates a problem in properly understanding the past.

Turkey’s rapport with Algeria dates back to the 16th century when Ottoman Navy Admiral Barbaros Hayreddin Paşa came to the country in 1516. The North African country was an Ottoman vassal state from 1519 to 1830, when the French invaded and colonized the country. The two countries celebrated the 500th anniversary of bilateral ties in 2016.

Diplomatic relations between Ankara and Algiers were instituted in 1962 when Algeria reclaimed its independence from French colonialists.

The Friendship and Cooperation Agreement, which was signed when former President Abdelaziz Bouteflika visited Turkey in 2006, has been a strong foundation for bilateral relations.

Göktaş, on the other hand, recalled Turkey's support of Algeria in its process of gaining independence, highlighting that Ankara was the first one to recognize the country after its initial establishment.

She further emphasized the value put on the ties by the ruling Justice and Development Party (AK Party) and Erdoğan, recalling that he made his first foreign visit to Algeria following the last presidential elections in 2018.

During Erdoğan's visit to Algeria in February 2018, various aspects of the bilateral relations were taken up and both sides reiterated their readiness to deepen bilateral ties. “Turkey believes in the prosperous future of Algeria. Our relations are not based on a market-driven perception. We are improving relations based on the win-win principle and support our business people to form new partnerships and create new job opportunities,” Erdoğan said during his visit.

Erdoğan's last visit to the North African country took place last January, as a part of his three-country Africa tour. During the visit, the countries established a High-Level Cooperation Council for the first time which would convene once every two years and would be co-chaired by the two presidents.