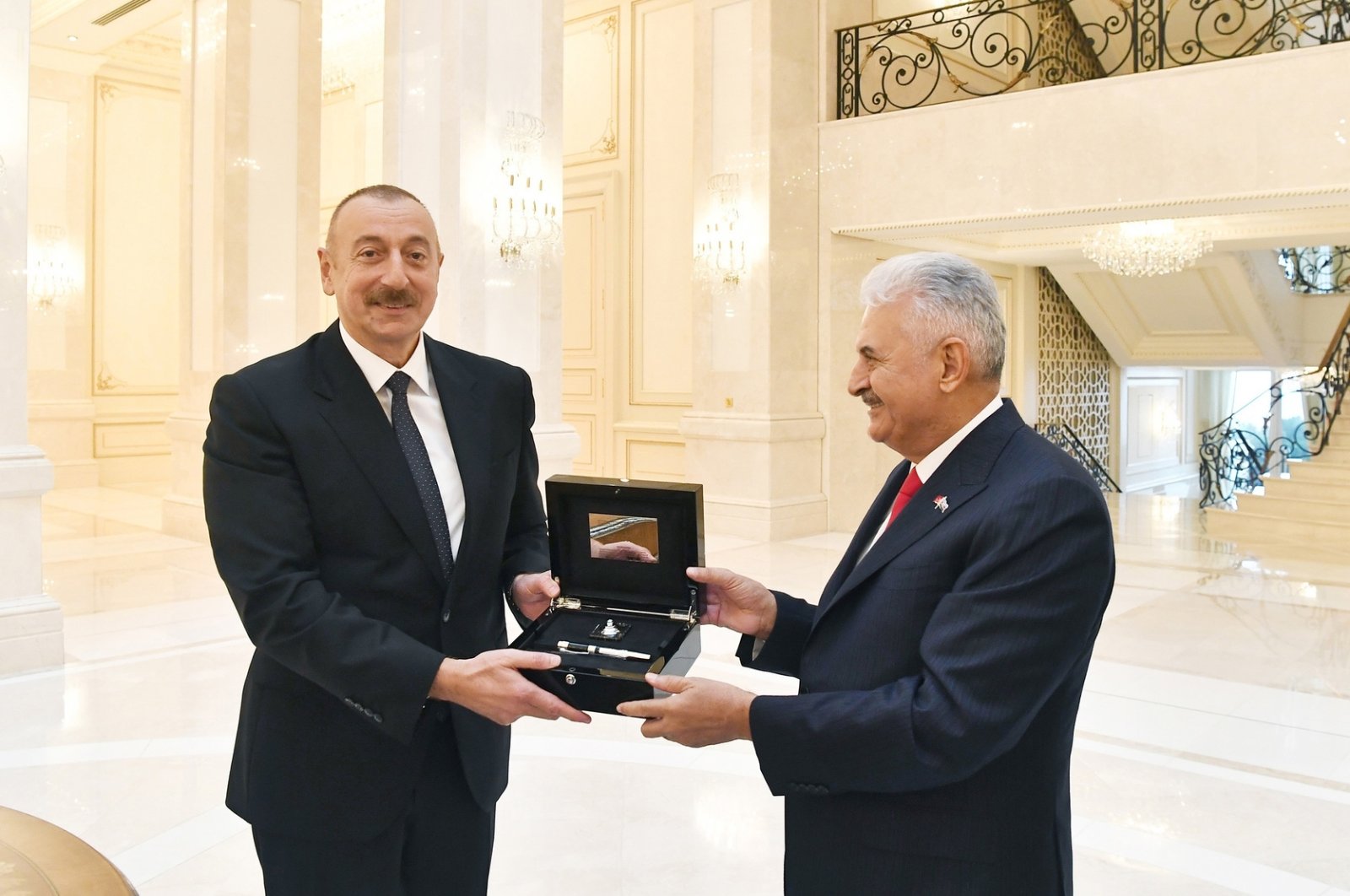 According to a statement by Azerbaijan's Presidency, Aliyev thanked the delegation for the visit and said this was another manifestation of the solidarity between the two countries.

Underlining President Recep Tayyip Erdoğan's remarks "Turkey will always be on Azerbaijan's side," Aliyev said the cooperation between the two countries has only gotten stronger recently.

Commenting on the ongoing clashes with Armenia, over the occupied Nagorno-Karabakh region, Aliyev said Azerbaijan will continue its rightful cause until the end and hoped that the invaders will leave the occupied territories.

Yıldırım, for his part, reiterated Turkey's support for Azerbaijan in its rightful struggle.

"We know that you are completely right on the issue of Nagorno-Karabakh. In this war, Azerbaijan clears its own territories from occupiers," he added.

About 20% of Azerbaijan's territory, including Nagorno-Karabakh and the seven regions, have been under illegal Armenian occupation for nearly three decades.