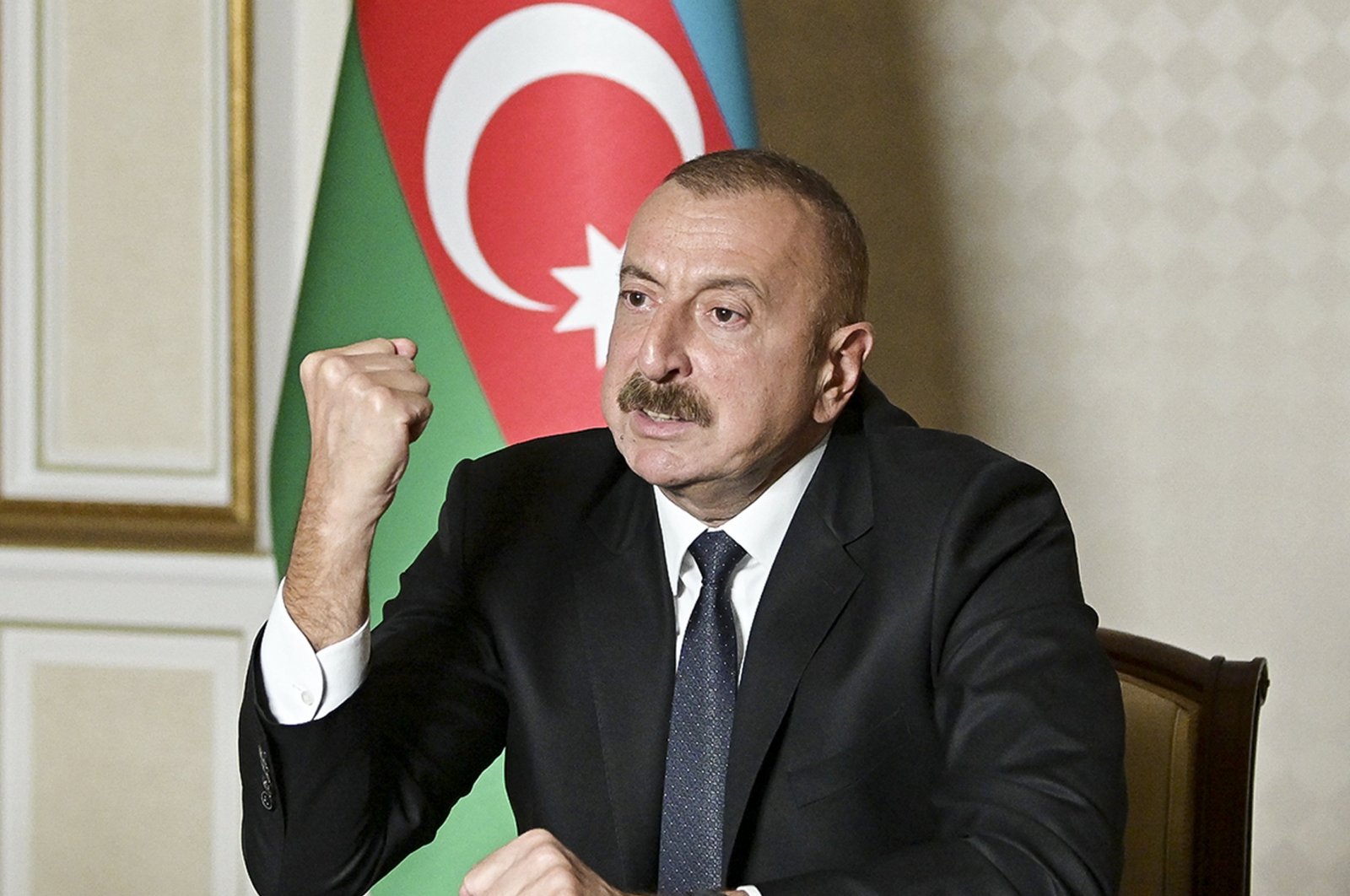 Speaking at a 2020 evaluation meeting in the capital Baku, Aliyev said: "These visits must be stopped. If such provocative steps are taken, we warn that Armenia will regret much more," referring to Ara Ayvazyan's recent visit to the region.

Reminding that Azerbaijan notified Russian troops stationed in the region that no foreign citizen can enter the region without permission from Azerbaijan, Aliyev said: "Unfortunately, French legislators went there with the permission of Russian elements. In the end, France's ambassador to Baku was summoned to the foreign ministry and warned. We will not remain silent."

He warned that the consequences will be severe if there are similar provocative steps in the future.

Azerbaijan's Foreign Ministry said Tuesday that the Armenian foreign minister's visit to the Nagorno-Karabakh region violates the conditions of November's trilateral agreement that put an end to the conflict between the two countries.

"The illegal visit of the Armenian Foreign Minister Ara Ayvazyan to the Karabakh region of Azerbaijan, where he met with representatives of the puppet regime and signed the 'documents,' contradicts the trilateral statement of Nov. 10 and does not comply at all with the framework of peace, security and cooperation in the region after the cessation of hostilities," said Leyla Abdullayeva, head of the Press Service Department of Azerbaijan's Ministry of Foreign Affairs, in a statement.

Abdullayeva added that the violation by an Armenian official is a "provocation," that such actions only cater to a domestic audience and do not help with the normalization of the situation in the region.

Fresh clashes erupted between Armenia and Azerbaijan in late September, rekindling the Caucasus neighbors' decadeslong conflict over the Nagorno-Karabakh region. During the fighting, Azerbaijan liberated several towns and nearly 300 settlements and villages from the Armenian occupation. Fierce fighting persisted for six weeks before Baku and Yerevan signed a Moscow-brokered peace deal.

The agreement came after Baku's military overwhelmed the separatist forces and threatened to advance on Karabakh's main city of Stepanakert (Khankendi). Following the deal, Russia deployed its troops to the region to monitor the implementation of the deal.