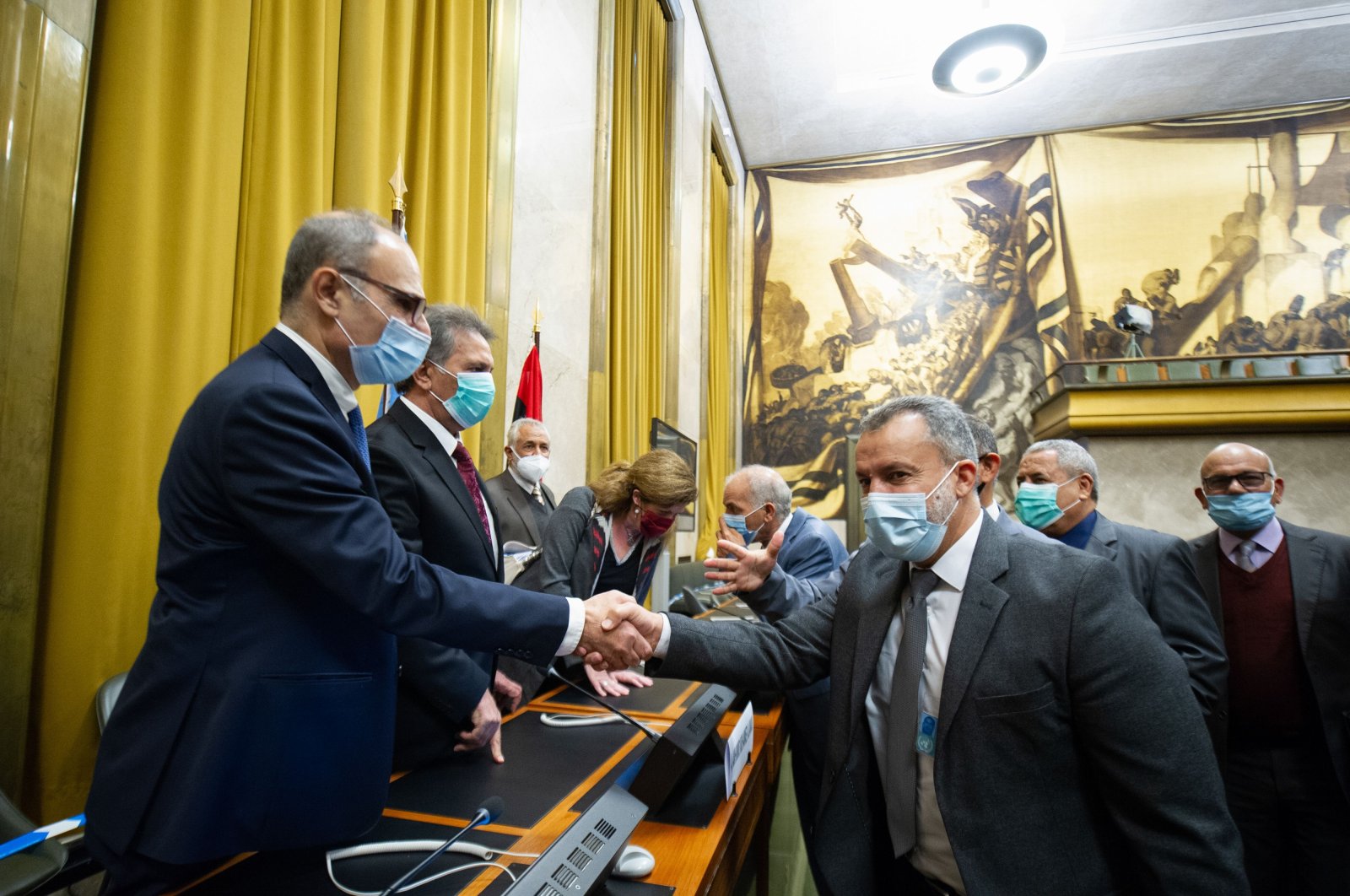 The state-run NOC said in a statement on Facebook that it was declaring "the ending of the blockades in the entire Libyan fields and ports as of today."

"Instructions have been given to the operator, Mellitah Oil & Gas BV, to resume production in Al-Feel oil field and the gradual return of Mellitah crude to its normal level in the next few days," it added.

Force majeure refers to external unforeseen elements that prevent a party from fulfilling a contract.

Blocked for more than 10 months, the Al-Feel oil field is located about 750 kilometers (some 465 miles) southwest of Tripoli.

It normally produces some 70,000 barrels per day in a joint venture between NOC and Italy's ENI.

The NOC announced the same day that the cease-fire was signed the reopening of two key export terminals, Ras Lanuf and Al-Sidra, after it received "confirmations that foreign forces had left the ports' area."

Up until January, Libyan oil production stood at 1.25 million barrels per day but then drastically declined as eastern-based illegitimate forces loyal to putschist Gen. Khalifa Haftar imposed a monthslong blockade of oil fields and ports.

Haftar agreed last month to lift the blockade, which the NOC has estimated resulted in lost revenues of $10 billion (8.5 billion euros).

Libya’s internationally recognized Government of National Accord (GNA) was founded in 2015 under a U.N.-led agreement, but efforts for a long-term political settlement failed due to a military offensive by forces loyal to Haftar, who is mainly backed by Russia, France, Egypt and the United Arab Emirates (UAE).

The U.N. recognizes Fayez Sarraj's government as the country's legitimate authority, as Tripoli has battled Haftar's militias since April 2019 in a conflict that has claimed thousands of lives. Turkey also supports the Sarraj government.

The U.N. announced Friday the signing of a "permanent" and immediate cease-fire agreement between military delegations from Libya's warring parties, calling it "an important turning point toward peace and stability in Libya."

A new dimension in the peace process for Libya's warring parties is being convened by the U.N. envoy to the North African country, it also said in Geneva on Monday.

A U.N. statement said Stephanie Williams, who heads the U.N. Support Mission in Libya (UNSMIL), announced that the Libyan Political Dialogue Forum would take part in its first virtual meeting.

"The resumption of the Libyan Political Dialogue Forum (LDPF) comes at a time of an overwhelming sense of hope emerged in Libya after the signing of a permanent, countrywide cease-fire agreement between Libyan parties, on 23 October in Geneva," Williams was quoted as saying.

She said: "The LPDF is a fully inclusive intra-Libyan political dialogue established by the Berlin Conference Outcomes, which were endorsed by Security Council Resolutions 2510 (2020) and 2542 (2020)."

Their virtual meeting will be followed by a direct, in-person meeting starting on Nov. 9 in the Tunisian capital.

"The overall objective of the LPDF will be to generate consensus on a unified governance framework and arrangements that will lead to holding national elections in the shortest possible timeframe to restore Libya's sovereignty and the democratic legitimacy of Libyan institutions," said the U.N. envoy.

Participants invited to the forum are drawn from different constituencies, based on the principles of inclusivity and fair geographic, ethnic, political, tribal and social representation.

The commission's work, the security track, is one of the three intra-Libyan segments that UNSMIL has laid out to bring peace.

The political group was convened by the U.N. to include representatives of Libya's House of Representatives, it's High Council of State, and "vibrant Libyan political actors" who are not members of the two institutions.

Williams expressed gratitude for the support received by Libya's neighbors, the African Union, the European Union and the League of the Arab States and the international community members in supporting the peace process.

In another statement, the U.S. welcomed on Monday the cease-fire between Libya's warring parties, calling it a "courageous" step.

"We welcome the announcement of Libyans signing a nationwide, immediate cease-fire agreement at the U.N.-facilitated 5+5 Joint Military Commission talks in Geneva on Oct. 23," State Secretary Mike Pompeo said in a statement. "We also appreciate the vital role the U.N. Acting Special Representative of the Secretary-General Stephanie Williams played in facilitating the talks."

Pompeo underlined that "all foreign fighters must leave the country within 90 days and allow Libyans to decide their own future."

He said that Washington looks forward to the U.N. secretary general's swift appointment of a new special envoy for Libya to "ensure progress on the U.N.'s efforts to support Libyan national reconciliation."

Meanwhile, the GNA and Qatar signed a security agreement Monday, official media said, in a deal condemned by its eastern-based rival in the North African state. Qatar is one of the main backers of the GNA along with Turkey.

"The memoranda of understanding ... aims to enhance cooperation in (the) security field," the Qatar News Agency reported.

A spokesperson for Haftar issued a statement condemning the accord.