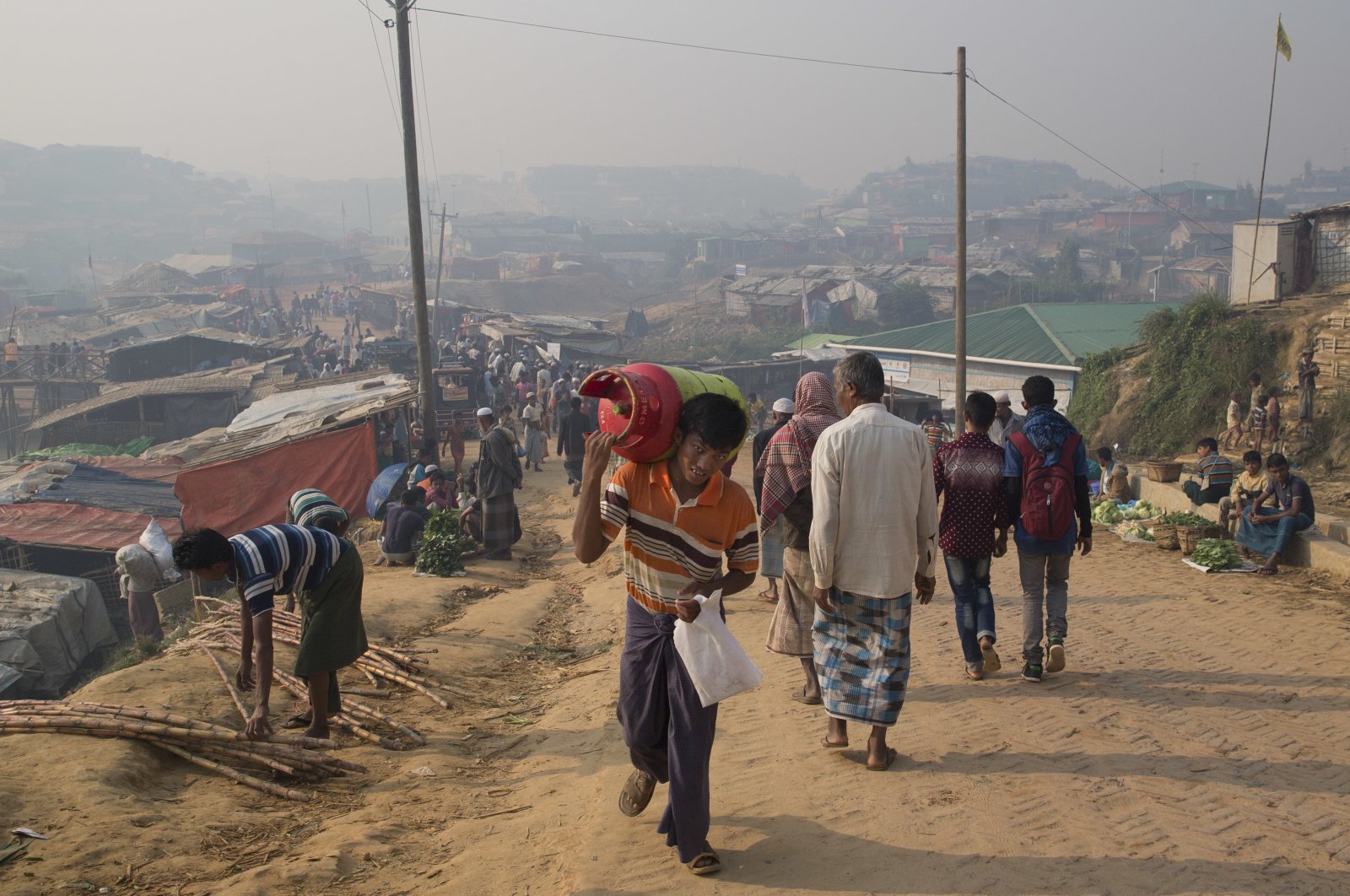 Turkey's deputy foreign minister called on the international community to speed up efforts for the safe return of Rohingya refugees to Myanmar.

"We would like to facilitate the safe and dignified return of Rohingya Muslims to their homes in Myanmar on a voluntary basis. With that in mind, the international community should add momentum to their efforts," Yavuz Selim Kıran said Thursday.

Speaking via video link at a conference titled "Sustaining Support for the Rohingya Refugee Response," Kıran said Rohingya people, who have faced "one of the greatest tragedies in our era," need help from all over the world.

"In the face of this humanitarian tragedy, it is of critical importance for the living conditions forced on Muslims in Arakan (Myanmar's Rakhine state) to be improved," he added.

Noting that the total amount of aid provided by Turkey over the last eight years has reached $65 million (TL 518.22 million) along with over 8,000 houses, 1,200 temporary shelters, 36 schools and five training centers, Kıran said Turkey will continue providing support in 2021 with projects worth $6 million for the region.

He also expressed his appreciation of the support given by Bangladesh, which has taken up the responsibility of providing aid and shelter for over a million Rohingya refugees.

According to Amnesty International, more than 750,000 Rohingya refugees, mostly children and women, fled Myanmar and crossed into neighboring Bangladesh after Myanmar forces launched a crackdown on the minority Muslim community in August 2017.

The U.N. also documented mass gang rapes and killings, including infants and young children, as well as brutal beatings and disappearances arranged by Myanmar state forces. In its report, U.N. investigators said such violations may have constituted crimes against humanity.