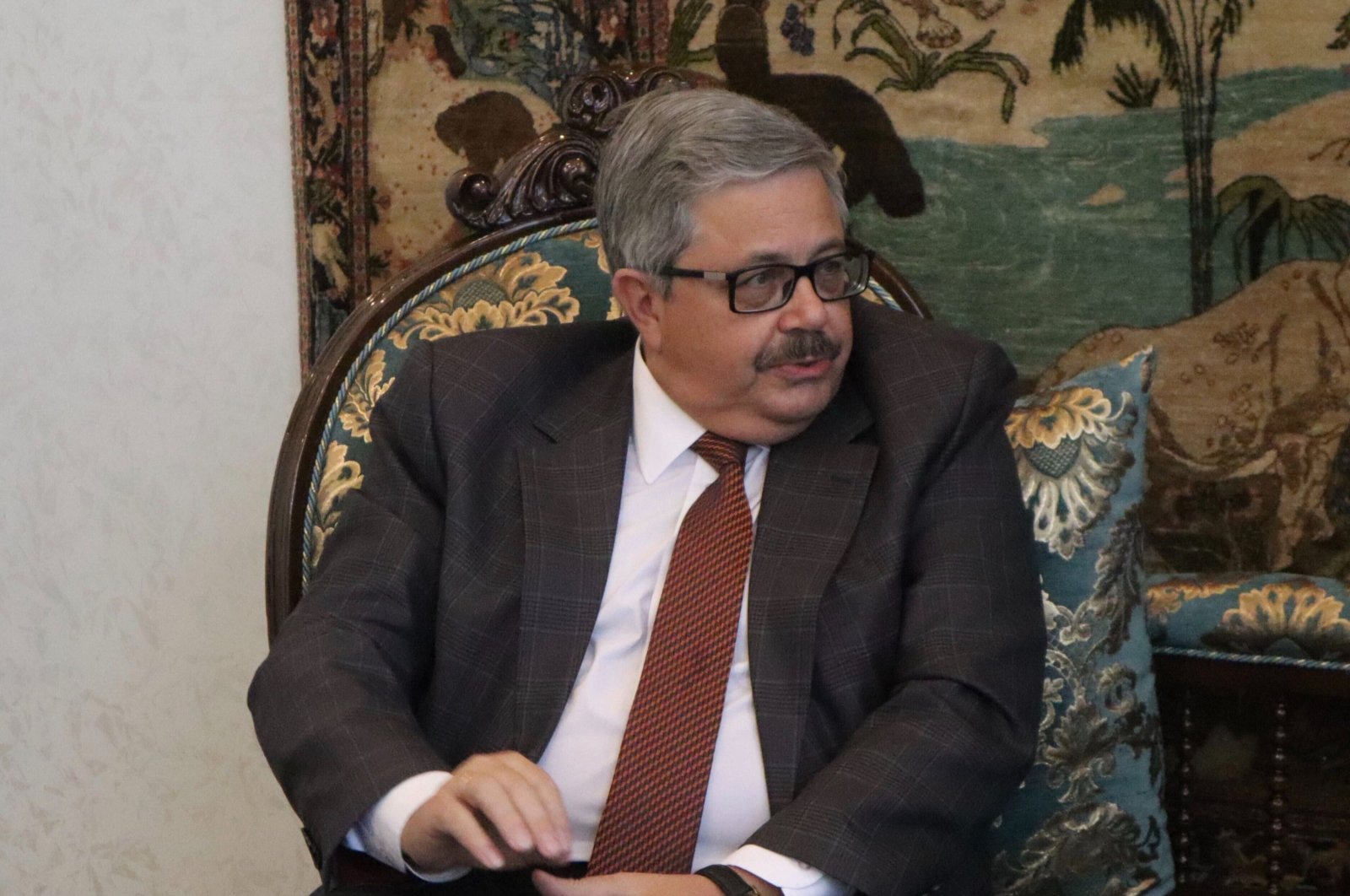 Russian Ambassador Aleksei Erkhov during an interview with Daily Sabah at the embassy in the capital Ankara, Turkey, Oct. 21, 2019 (Daily Sabah)
by DAILY SABAH WITH AGENCIES
Nov 01, 2020 3:26 pm

Despite looking at many issues differently, Turkey and Russia have found a way to conduct their relations by concentrating on common interests and removing disagreements from the agenda, Russian Ambassador to Ankara Aleksei Erkhov stated on Sunday.

The two countries are “meeting halfway” Erkhov told Interfax news agency saying, “Russia and Turkey really have the widest field of coinciding tasks and goals that we could and even probably should solve and achieve by joint efforts.”

Ankara and Moscow, though backing different sides in the Syrian and Libyan conflicts, have found ways to cooperate and make deals.

Both countries are also playing a major role in the conflict between Azerbaijan and Armenia as potential brokers of a resolution to the ongoing clashes over the Armenian-occupied Nagorno-Karabakh region. Moscow on Oct. 10 hosted the foreign ministers from Baku and Yerevan, but the fighting continues despite several attempts at a resolution.

“International efforts to ensure a cessation of hostilities and negotiations on a settlement are concentrated within the framework of the Minsk Group, of which, as you know, Russia, the United States and France are co-chairs. Let me remind you that Turkey is a member of it,” Erkhov pointed out.

He explained that contacts are taking place in Moscow and in Washington while the Minsk Group's co-chairs just had a meeting with the two sides in Geneva.

The Organization for Security and Co-operation in Europe (OSCE) Minsk Group – co-chaired by France, Russia, and the U.S. – was formed in 1992 to find a peaceful solution to the conflict but to no avail.

“As for Moscow and Ankara, we, of course, maintain the closest contacts on this issue. Our presidents and foreign ministers have already talked about it several times,” the envoy stated, adding that “if someone now has the slightest opportunity to influence the development of events, to make any real contribution to achieving a cease-fire, it must be used.”