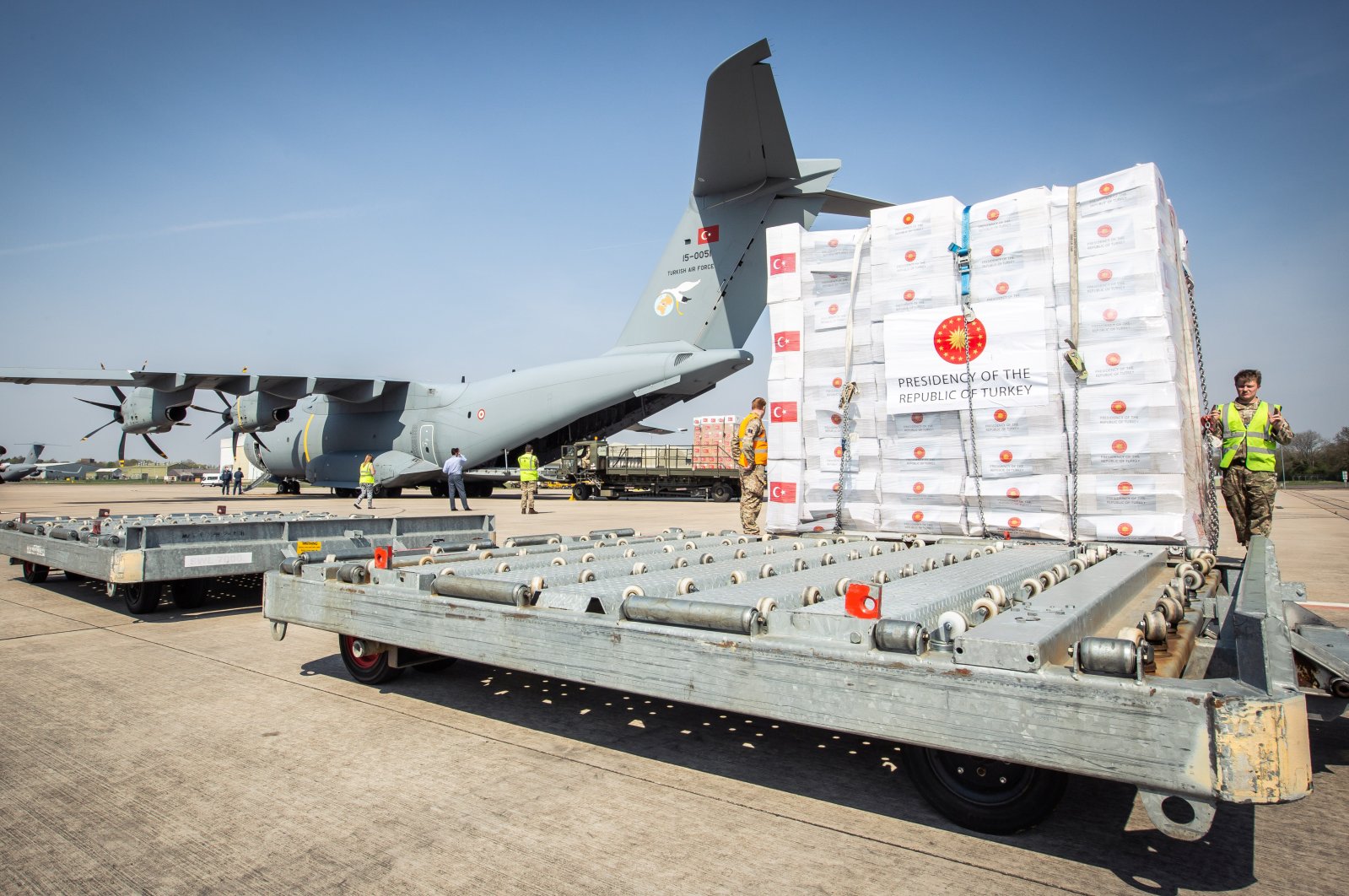 Turkey, as a country that has made a name for itself in the last decade with its humanitarian efforts, has already become a prominent figure of this fresh statecraft by sending medical aid packages to many corners of the globe every other day. (REUTERS)
by Anadolu Agency Jun 09, 2020 12:12 pm
RECOMMENDED

Turkey will send medical aid to Afghanistan and Guinea as part of international agreements signed with the two countries aiming at curbing the global spread of the coronavirus, according to a ruling published in the country's Official Gazette Tuesday.

Another 25,000 disposable N95 face masks and 50,000 surgical and regular masks are to be donated to Afghanistan as part of the agreement.

Separately, another agreement between Turkey and the Oceanic island-nation of New Guinea was signed on April 17 in Ankara.