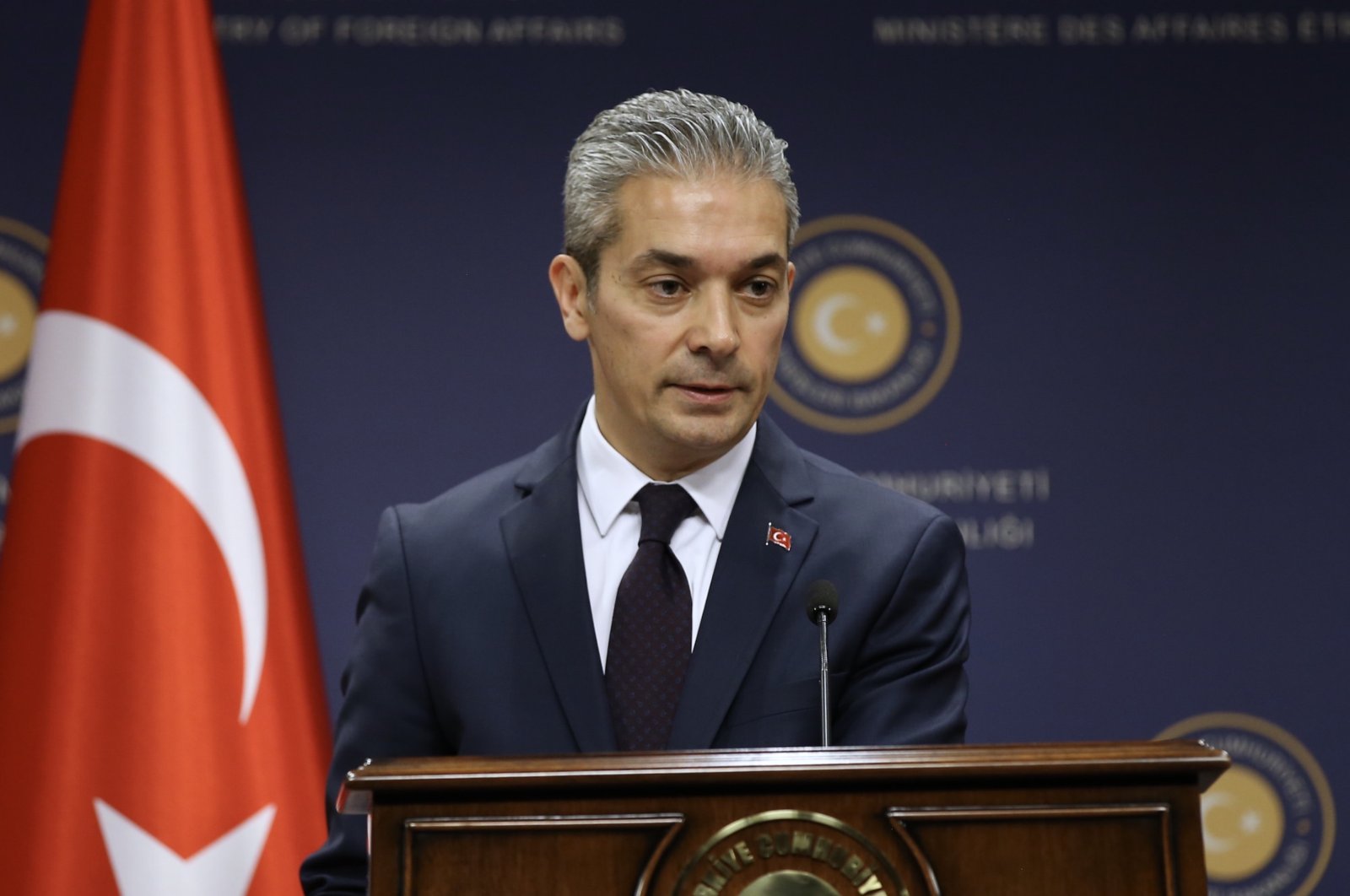 Greece continues to object in vain to Turkey's seismic research activities in the Eastern Mediterranean following the announcement of every navigational telex, or Navtex, issued by Ankara, the Turkish Foreign Ministry said Sunday.

Hami Aksoy, the spokesperson for the Foreign Ministry said in a statement that Turkey will continue its activities in the region within the framework of its rights, based on international law.

The comments came after the Greek Ministry of Foreign Affairs issued another statement Sunday criticizing Turkish authorities for their extension of the Oruç Reis survey vessel's seismic research activities until Nov. 14.

Stating that Ankara is ready to solve the dispute between the two countries through dialogue, Aksoy highlighted that the country's officials will continue to protect the legal rights and interests of Turkey and the Turkish Republic of Northern Cyprus (TRNC).

Aksoy urged that instead of blaming Turkey with unfounded allegations and complaining to a third party, steps that promote anxiety in the region, Greece should contribute to negotiations in an effort to ease increasing tensions between the neighbors.

“We once again invite Greece to an unconditional dialogue with our country to address both the Eastern Mediterranean maritime jurisdiction issue and other interrelated issues between the two countries,” Aksoy said.

Turkey announced Sunday that two other vessels, the Ataman and Cengiz Han, will accompany Oruç Reis during its activities in the Eastern Mediterranean.

It will conduct various geological, geophysical, hydrographic and oceanographic surveys, particularly of the continental shelf, while also searching for natural resources.

It was previously stated that Oruç Reis would remain in the area until Nov. 4.

Following Turkey's new Navtex announcement, the Greek foreign ministry said in a tweet that minister Nikos Dendias will inform the country's allies and partners of the latest developments.

"This (Turkish) action only increases tensions in a vulnerable region where attention is currently focused on aid and support and solidarity (after the earthquake)," the foreign ministry said.

Turkey has also said energy resources near the island of Cyprus must be shared fairly between the TRNC and the Greek Cypriot administration.

The Oruç Reis returned to the Turkish port of Antalya in mid-September after its time at sea ended – as determined in its latest Navtex declaration.

Oruç Reis' activities were relaunched last month after Turkey's Foreign Ministry issued a statement accusing Greece of "insincerity" for what it said was Athens' continued actions to raise tension while declaring itself to be ready for dialogue.