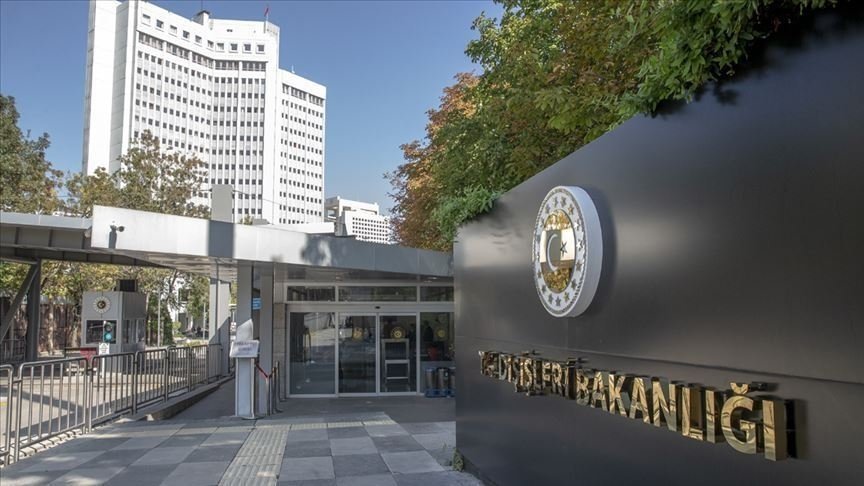 "This incident once again revealed the intolerance of racist and extremist groups in Greece toward the existence of the Turkish minority in Western Thrace and their representatives," Turkey's Foreign Ministry Spokesperson Hami Aksoy said.

"We expect the Greek state to enlighten the heinous incident and bring its perpetrators to justice by carrying out an investigation with due seriousness and sensitivity," he added.

"I condemn the attack on the residence of Mr. Ahmet Mete, the mufti of Xanthi in Western Thrace. I call this to the attention of those who undertake the responsibility of protecting the rights of the Turkish minority. I hope the (European Union) also recalls the notion of human rights when the victim of the attack is a Muslim as well," said Şentop.

Xanthi is part of Greece's Western Thrace region where a population of about 150,000 Muslim Turks has existed for centuries. The election of muftis, or Islamic clerics, by Muslims in Greece is regulated by the 1913 Treaty of Athens, a Greek-Ottoman Empire pact that was implemented by Athens in 1920. In 1991, however, in violation of international law, Greece annulled the treaty and unlawfully started to appoint the muftis itself.

The rights of the Turks in the region were also guaranteed under the Treaty of Lausanne but since then the situation has steadily deteriorated. After a Greek military junta came to power in 1967, the minority community started to face harsher persecution and rights abuses by the state. Following Turkey's 1974 peace operation in the island of Cyprus to protect Turkish Cypriots there, the Greek military junta eventually fell, but tight restrictions on the minority group persisted and tightened. By the early 1990s, some rights of the Turks were partially restored but problems regarding collective and civil liberties continue and new challenges have emerged.