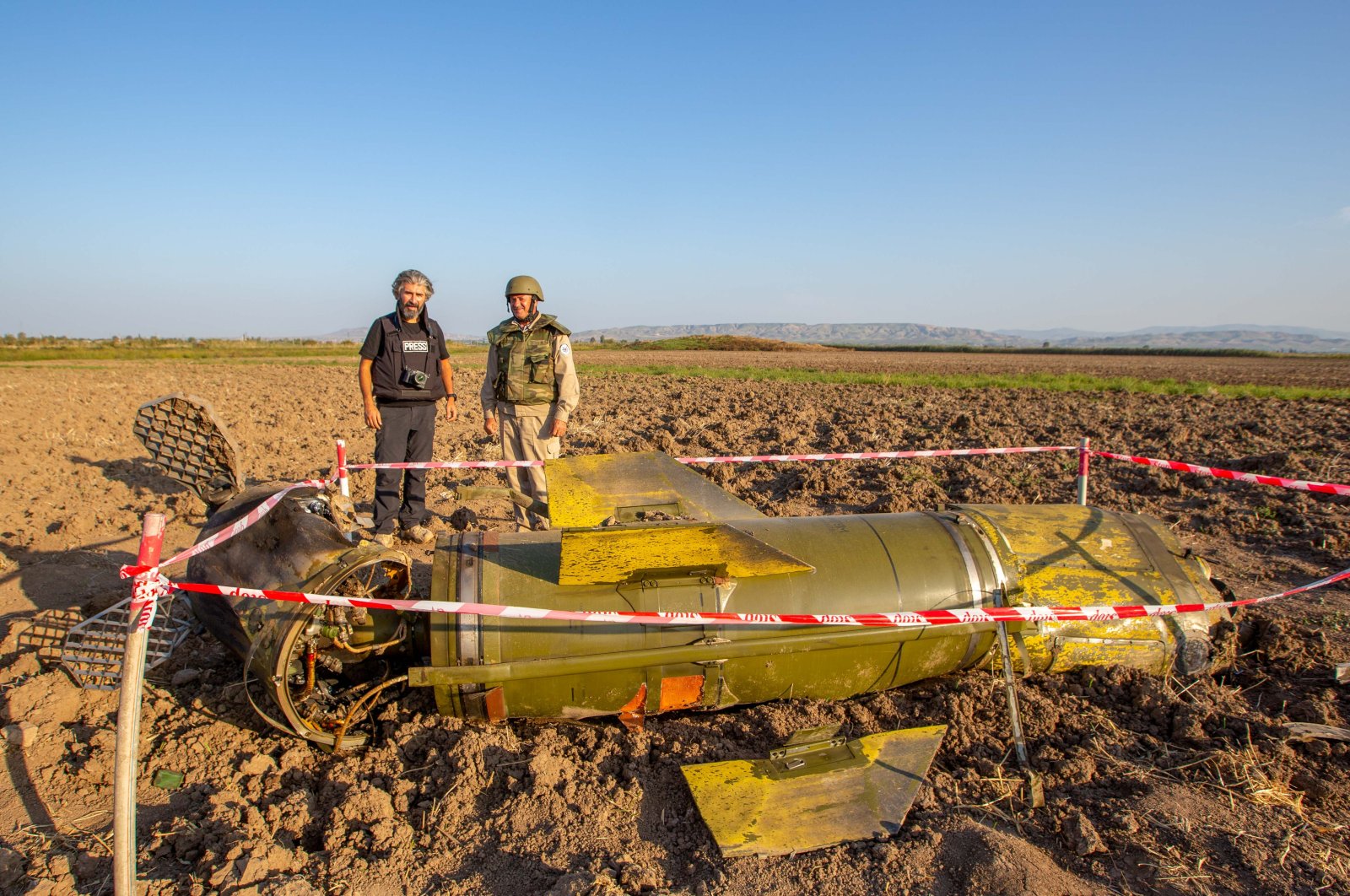 Azer Huseyinov, the chief de-mining expert at Azerbaijan National Agency for Mine Action (ANAMA) noted that Armenia killed nine Azerbaijani civilians in the city of Ganja using Tochka-U missiles, whose warhead can be replaced with a nuclear, chemical or biological one.

Huseyinov said one of the missiles launched by Armenia landed in a field near the town of Fuzuli.

“We immediately arrived in the region and cordoned off the area and warned residents to stay away from the field,” Huseyinov said, adding that the Armenian military specifically targeted civilian areas rather than military targets.

“This is a war crime. They also launched a rocket of a similar range at Ganja,” he said.

On Sunday, Azerbaijan said shelling by Armenian forces on Ganja, the country's second-largest city, had left nine people dead, one day after a cease-fire between the two sides had been due to take effect.

With the latest victims, the total number of Azerbaijani civilians killed by Armenians rose to 41.

Since Sept. 27, some 25 bomb disposal squads have been working to defuse rockets, missiles and explosives laid by the Armenian military, according to the expert, who said they have received over 400 calls and have discovered over 70 unexploded munitions.

In a statement, the Azerbaijani Defense Ministry said Armenian military units are launching offensives to retake some territory recovered by Azerbaijan and are carrying out attacks targeting residential areas and civilians.

The latest outburst of fighting between the neighboring countries began on Sept. 27 and has left hundreds of people dead in the biggest escalation of the decades-old conflict over Nagorno-Karabakh since a separatist war there ended in 1994. The region belongs to Azerbaijan but has been under the control of ethnic Armenian forces backed by Yerevan.

The Assad regime in Syria also used the missile against Turkey in 2018, firing it toward the province of Hatay’s Yayladağı district near the border.

Armenia is thought to possess around 40 Tockha launchers, while Russia has 220 and Azerbaijan has 93.