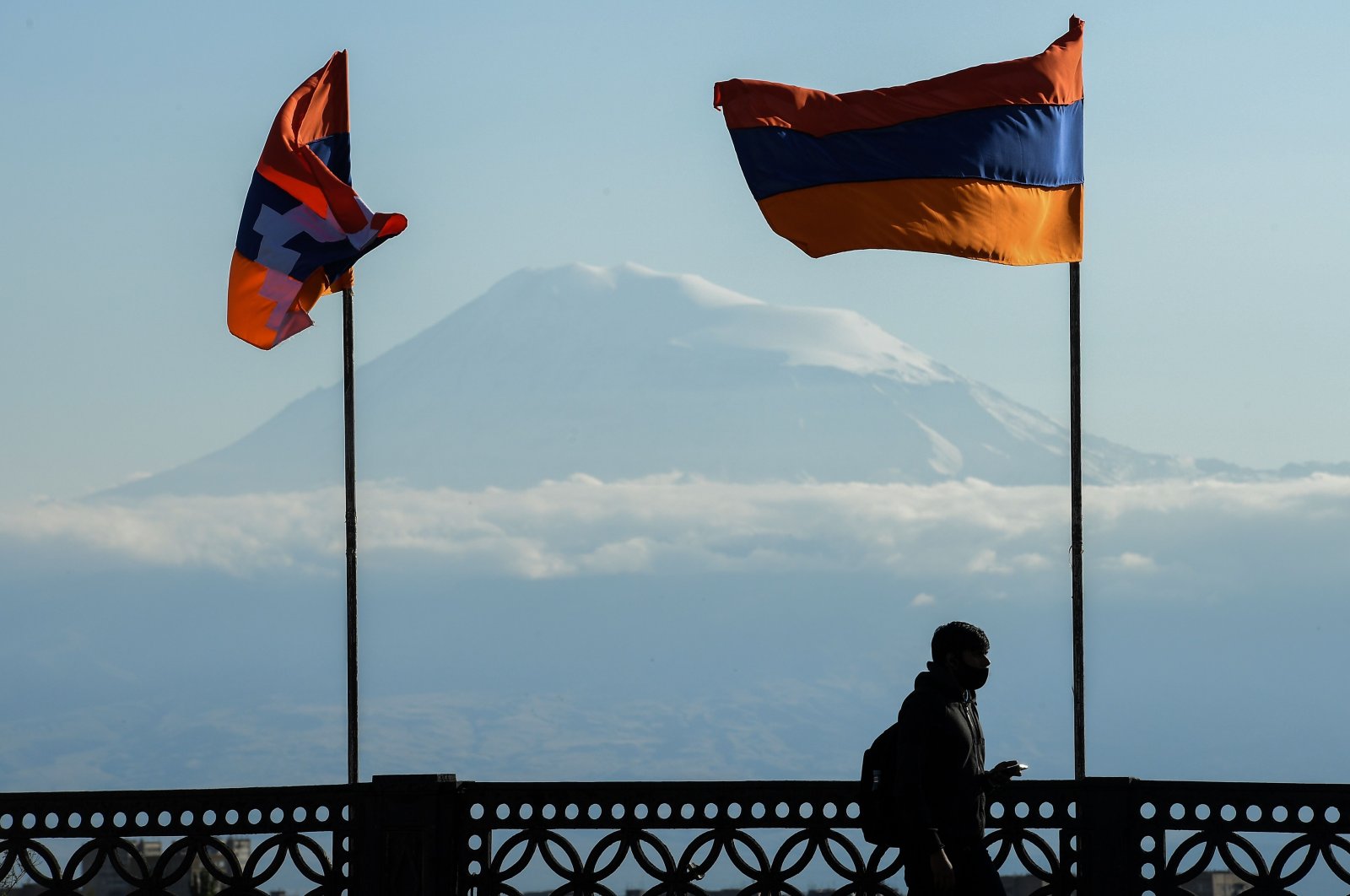 A man walks over a bridge decorated with the flag of Armenia and the banner of the so-called "Artsakh Republic" set up on illegally occupied Azerbaijani territory, with Turkey's Mount Ağrı in the background, in Yerevan on Oct. 7, 2020. (AFP Photo)
by DAILY SABAH WITH AA Oct 08, 2020 12:10 pm

Chief of Armenian intelligence services, Argishti Kyaramyan, was removed from duty on Thursday amid heavy losses in the fight against the Azerbaijani military.

Armenia's President Armen Sarkissian dismissed Kyaramyan from his post according to a decree on the Armenian presidential website.

Kyaramyan's dismissal came at the suggestion of Prime Minister Nikol Pashinian, it said.

The decree gave no reason for the dismissal but mentioned Kyaramyan was only appointed to the position in June.

The move comes at a time of conflict for the country in which they are suffering heavy losses following Armenia's military clashes with Azerbaijan beginning Sept. 27.