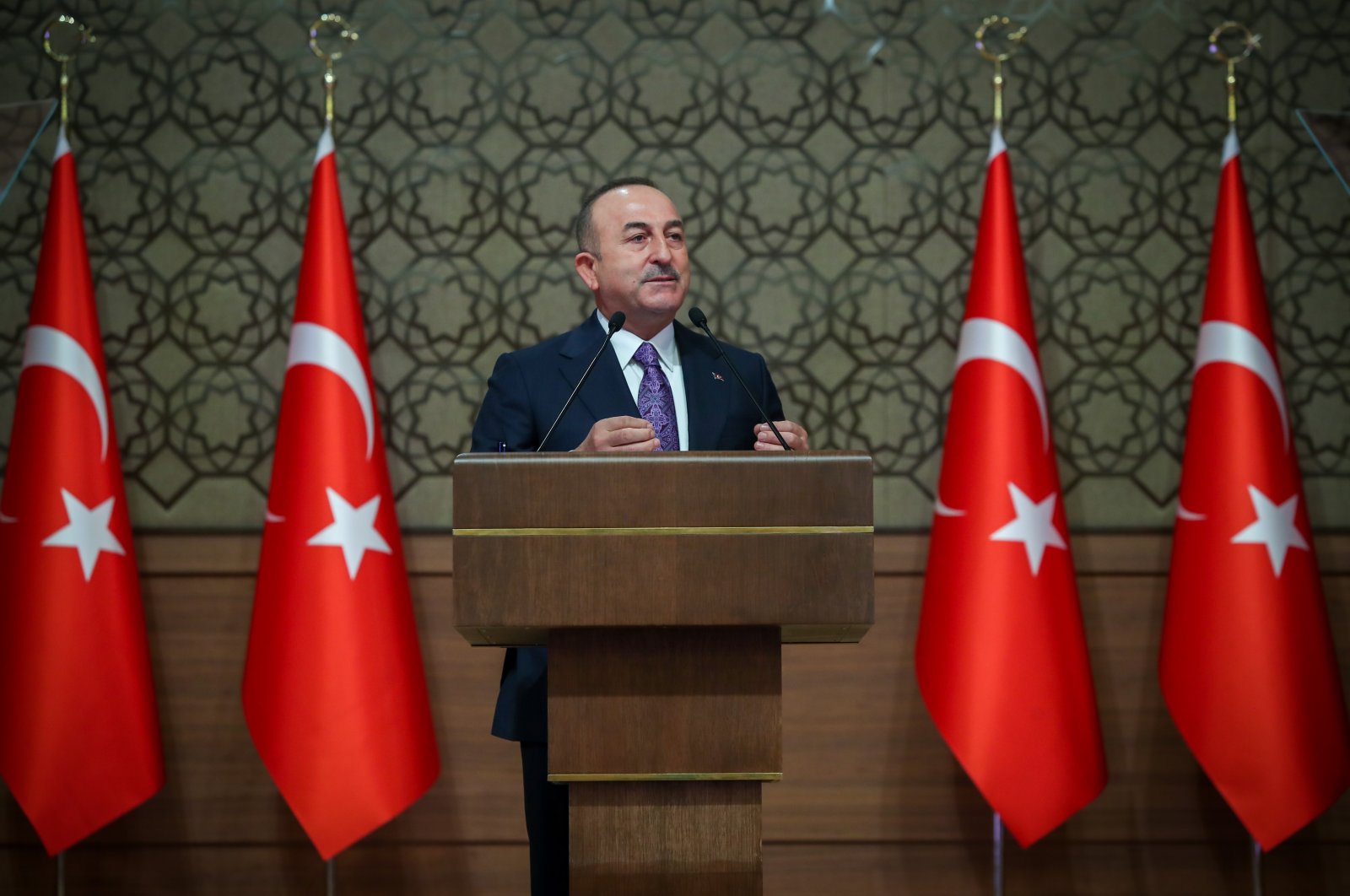 Armenia would have to suffer consequences if it does not abide by the terms of the cease-fire, Turkish Foreign Minister Mevlüt Çavuşoğlu said Thursday.

Highlighting that Armenian Prime Minister Nikol Pashinian signed the agreement, Çavuşoğlu told reporters in Baku that it is a binding document and that Armenia would pay a price if it violates the deal.

"Azerbaijan is in favor of a peaceful solution but if Armenia insists on violating the agreement then it will have to bear the consequences," he said, noting that the fact that Baku signed the deal despite its military victories on the ground has proven that Azerbaijan is in favor of peace and that it only wants to retake its occupied territories.

Turkey and Russia have come to an understanding to determine violations of the Azerbaijan-Armenia peace deal on Nagorno-Karabakh, Çavuşoğlu said.

Çavuşoğlu said Ankara and Moscow will soon discuss details of the observation center that will be established to monitor violations of the cease-fire in Nagorno-Karabakh. He noted that unmanned aerial vehicles (UAVs) and manned aircraft will carry out surveillance missions over the area to ensure there are no violations.

"We will stand beside Azerbaijan and support them however they would like us to," Çavuşoğlu said.

The foreign minister also noted that Turkey hopes Armenia has learned its lesson to not attack other countries' territory.

"The Minsk trio also needs to learn a lesson in this process," he added.

Criticizing France for taking sides during the conflict, Çavuşoğlu said Paris has shown why co-chairs have not been able to solve the three-decade-long conflict.

"France has not displayed an objective, balanced attitude. Despite Azerbaijan's positive stance, France has always continued to support Armenia and continues to maintain its negative stance after the cease-fire," he said.

Relations between Armenia and Azerbaijan have been tense since 1991 when the Armenian military occupied Nagorno-Karabakh, a territory recognized internationally as part of Azerbaijan.

Baku liberated several cities and nearly 300 of its settlements and villages from Armenian occupation during that time.

On Nov. 10, the two countries signed a Russia-brokered agreement to end fighting and work toward a comprehensive solution for the conflict.