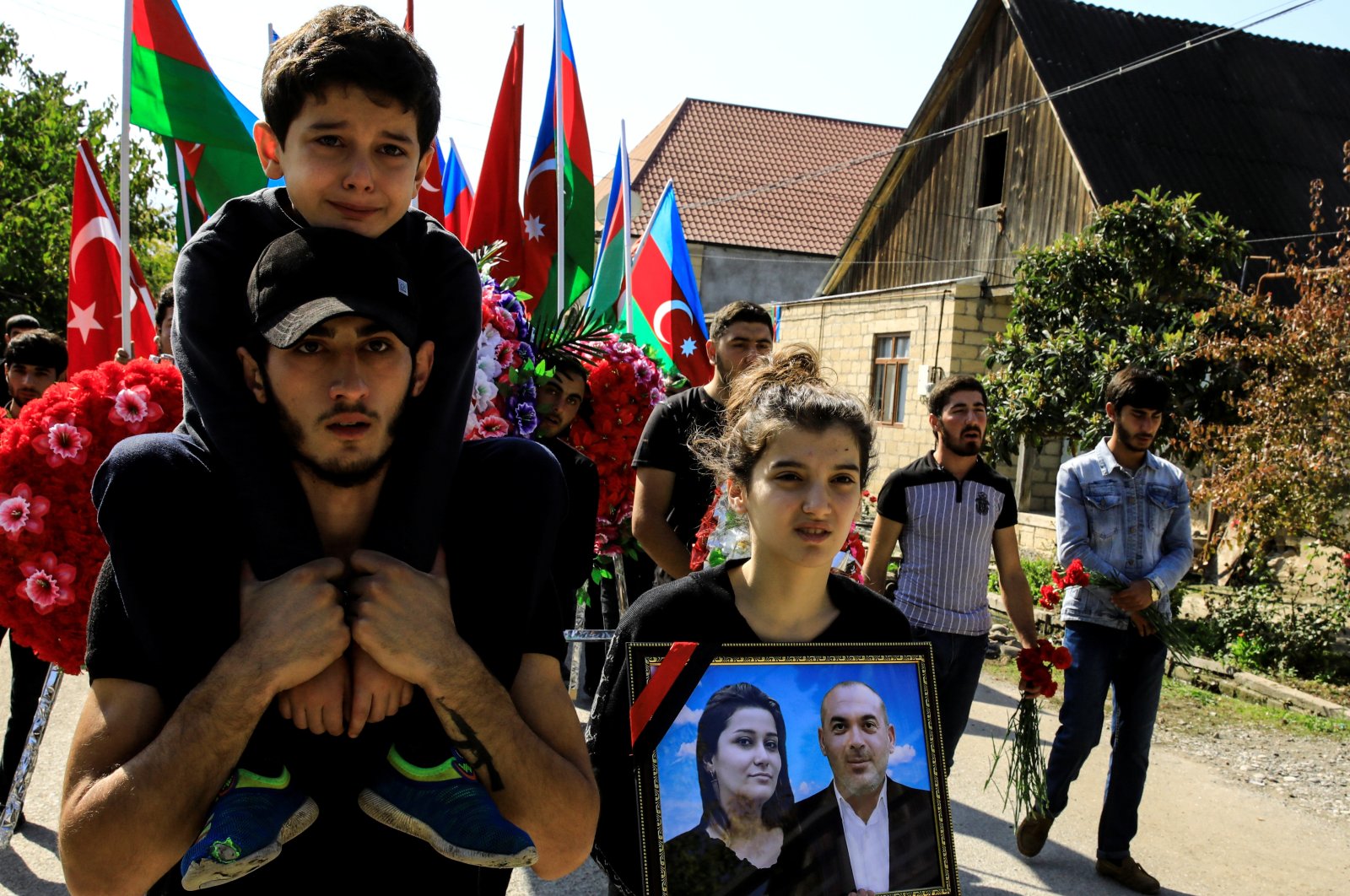 Sevil Aliyeva carries the portraits of her parents Anar Aliyev and Nurcin Aliyeva who were killed in Ganja attack as her brother Huseyin Aliyev cries on the shoulders of a relative during their funeral ceremony in the city of Shamkir, Azerbaijan, Oct. 12, 2020. (REUTERS)
by Uğur Yıldırım Oct 14, 2020 2:43 pm

Among those who lost their lives were Anar Aliyev and Nurcin Aliyeva, survived by their children Sevil, 16, and Huseyin, 9.

In the funeral ceremony held on Monday in the city of Shamkir, the two children carried portraits of their parents and cried on the shoulders of their relatives.

Sevil said that she used all her power to rescue her parents from the wreckage.

Sevil said she tried to rescue her parents from the wreckage, adding: “When the explosion occurred, I was in the next room watching television. The entire house crashed down on us. I was injured. I went to their room by using the light of my cell phone. My parents were under the wreckage. I tried to rescue them with my hands. My strength was not enough.”

Following meetings in Moscow on Oct. 10, Azerbaijan and Armenia agreed on a humanitarian cease-fire so that conflicting sides could retrieve bodies left on the battlefield in Nagorno-Karabakh and exchange prisoners.