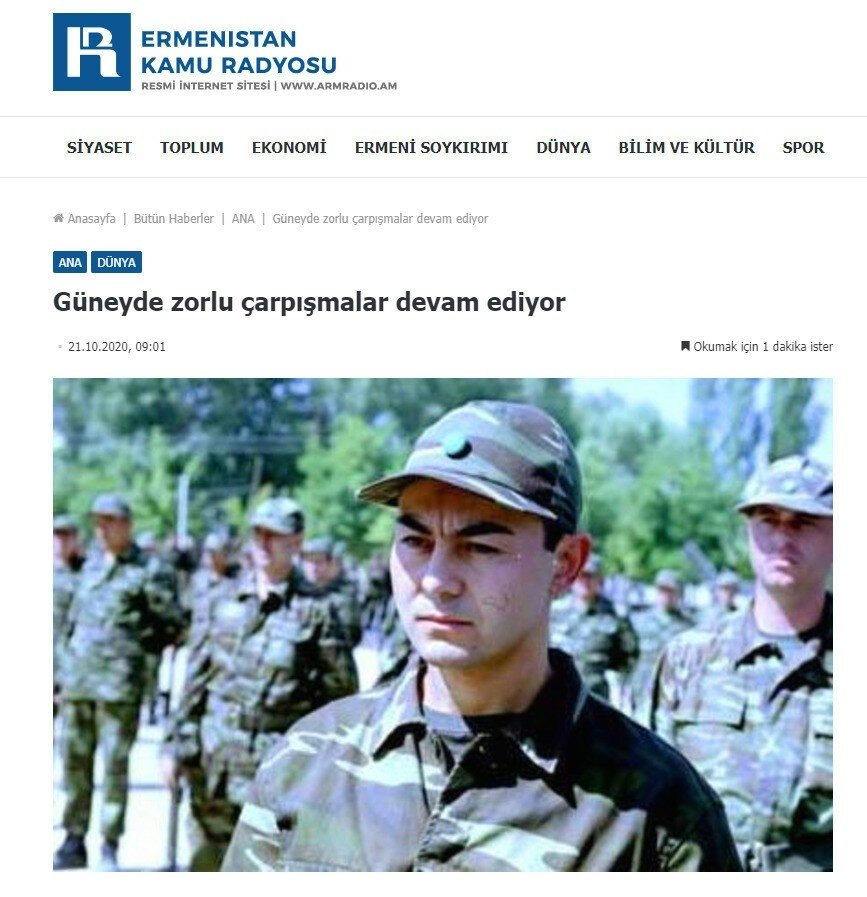 In its latest propaganda attempt to manipulate public opinion amid the ongoing clashes with Azerbaijan over the occupied Nagorno-Karabakh region, the Armenian press has been using photos of some Turkish celebrities in military uniforms while reporting the casualties inflicted on the Azerbaijani army.

In one of these articles, the Public Radio of Armenia's official Turkish-language website used photos of famous Turkish pop singer Serdar Ortaç in a military uniform among the Azerbaijani soldiers killed in recent clashes.

In the articles “The number of Azerbaijani soldiers killed by days” and “Tough battles continue in the south,” the website used Ortaç’s photos taken 20 years ago during his compulsory military service in the Turkish army.

Ortaç had recently stated that he would volunteer to fight for Azerbaijan in the ongoing clashes if needed.

Serving for the Turkish army during his mandatory military service, Polyanin had said: “Turkey is my second home. If needed, I will fight shoulder to shoulder along with Turkish soldiers.”

Nagorno-Karabakh has seen heavy fighting over recent weeks, which has claimed the lives of at least 600 people, including civilians. The region is considered by the United Nations and international law to be part of Azerbaijan.