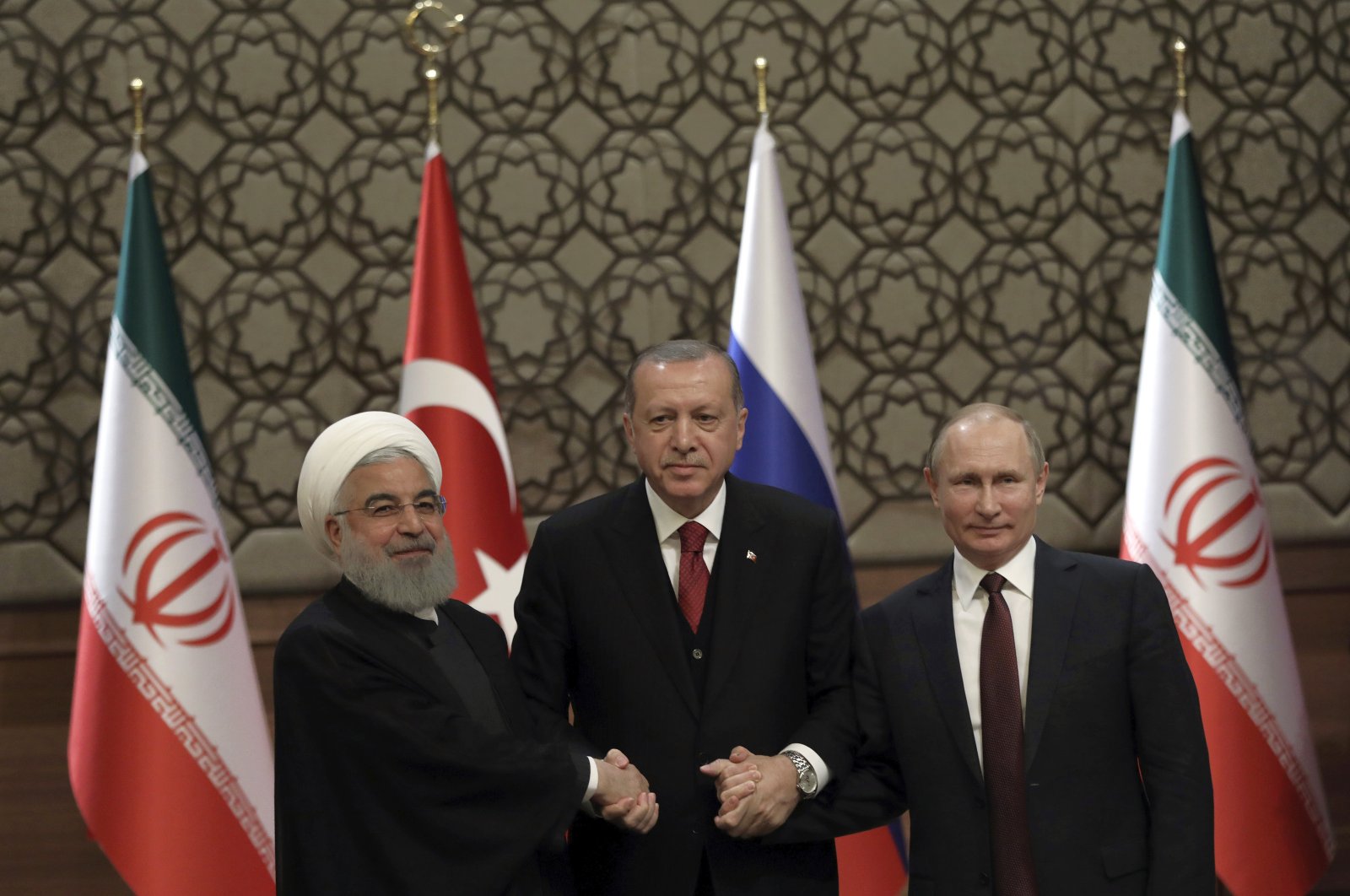 The Astana Summit will be held via teleconference on Wednesday with the participation of the three guarantor countries’ foreign ministers, from Turkey, Russia and Iran, Russian Foreign Ministry spokeswomen Mariya Zaharova said.

The last round of Astana meetings, the 14th throughout the peace process, was held in Kazakhstan's capital Nur-Sultan in December last year.

The Astana meeting was initiated by Turkey, Iran and Russia to bring the warring sides in Syria together to find a permanent solution to the nine-year-long war. The main agenda items have been the constitutional system, the political transition, security and resettlement. The first meeting of the Astana process was in Turkey in January 2017 to facilitate U.N.-sponsored peace talks in Geneva.

Meanwhile, according to Anadolu Agency, 185,000 Syrians returned to their homes thanks to the Turkish-Russian brokered cease-fire on March 5.

Turkey and Russia, which back opposing sides in Syria's war, agreed to halt military activity in northwestern Idlib region after an escalation of violence displaced nearly a million people and brought the two sides close to confrontation. The deal addresses Turkey's main concerns – stopping a flow of refugees and preventing the deaths of more Turkish soldiers on the ground.

The Syrian regime and its allies, Russia and Iran, have consistently broken the terms of previous cease-fires in the area – one in 2018 and another that began on Jan. 12 – launching frequent attacks in Idlib province.

Since April 2018, attacks on Idlib dramatically intensified and caused new waves of refugees to flee toward the Turkish border. Officials have said Turkey, which already hosts 3.7 million Syrian refugees, doesn't have the capacity to accept more.

As a result, Turkey, which has the second-largest army in the transatlantic NATO alliance, has funneled troops and equipment into the region to stop the Syrian regime's advance and their violence, which has spurred civilians to escape toward relatively safer areas near the Turkish border.

Currently, Turkish soldiers are stationed in the region to protect the local population and moderate opposition groups. Despite the military escalation, Ankara has also been trying to keep diplomatic channels active with Russia in the hope of finding a political solution, urging the country to uphold the latest cease-fire.

Meanwhile, upon Turkey’s initiative, a meeting of foreign ministers of the Organisation of Islamic Cooperation (OIC) will also be held via teleconference today.

According to Turkey's Foreign Ministry, strengthening cooperation and coordination between OIC members to combat COVID-19 will be discussed at the meeting.