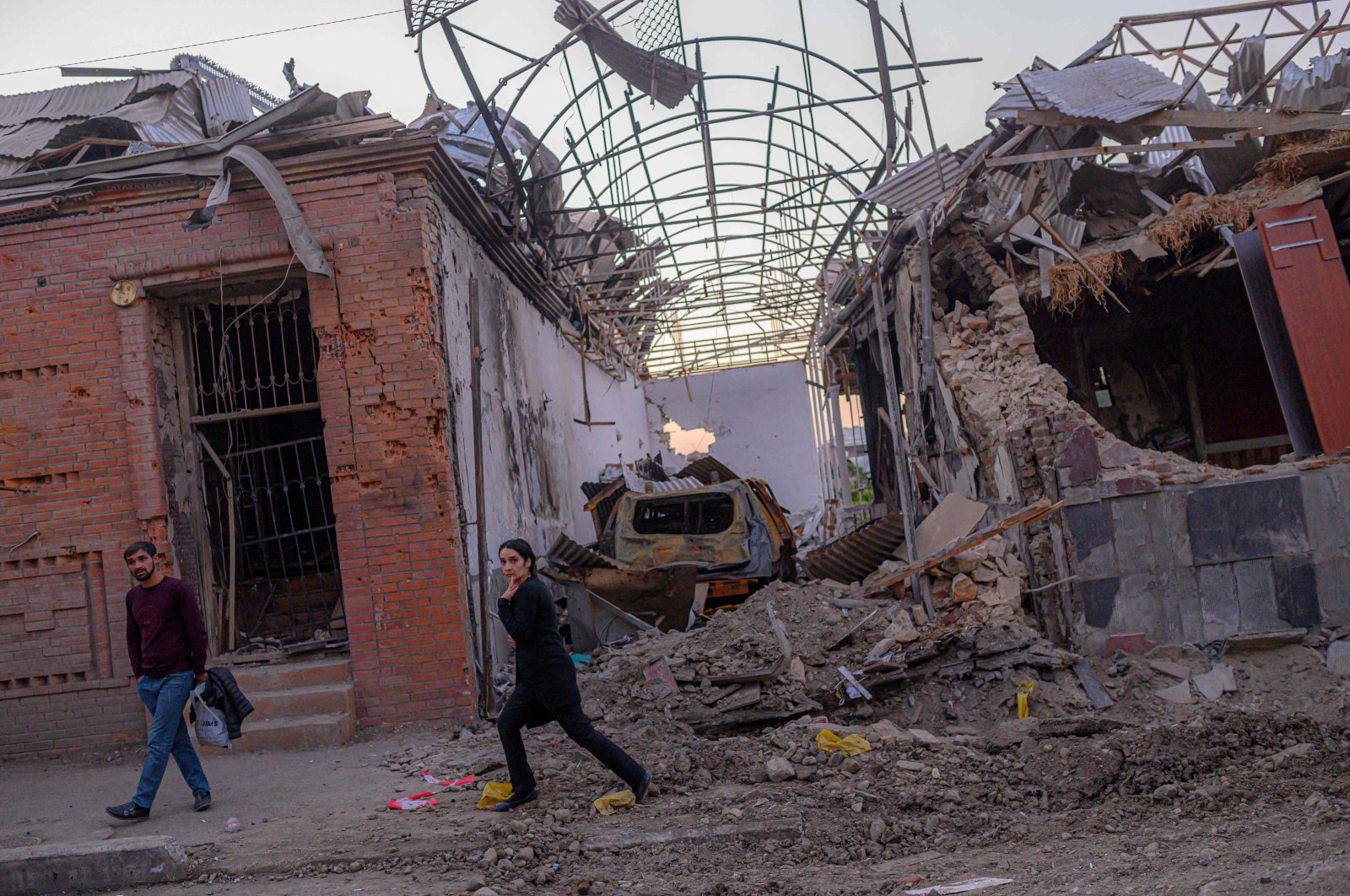 Local residents walk in a street after it was hit by an Armenian missile in Ganja, Azerbaijan, Oct. 8, 2020. (AFP Photo)
by DAILY SABAH WITH AGENCIES Oct 09, 2020 9:41 am
Edited By Nurbanu Tanrıkulu Kızıl
RECOMMENDED

"Active preparations are underway," she said, with the talks expected to take place later on Friday with the two countries' foreign ministers.

The Russian president invited the top diplomats of the two countries, which have been involved in clashes over the Armenian-occupied Nagorno-Karabakh.

"The president of Russia is issuing a call to halt the fighting in Nagorno-Karabakh on humanitarian grounds in order to exchange dead bodies and prisoners," the Kremlin said in a statement Thursday.

Earlier this week, he said Russia does not have an obligation to defend Armenia, as its conflict with Azerbaijan is not being waged in Armenian territory.

Russian Foreign Minister Sergei Lavrov would mediate the peace talks, according to the Kremlin.

Many world powers, including Russia, France and the U.S., have called for an immediate cease-fire. Turkey, meanwhile, has supported Baku's right to self-defense.

Aliyev has said Turkey must be involved in the process to resolve the decadeslong conflict.