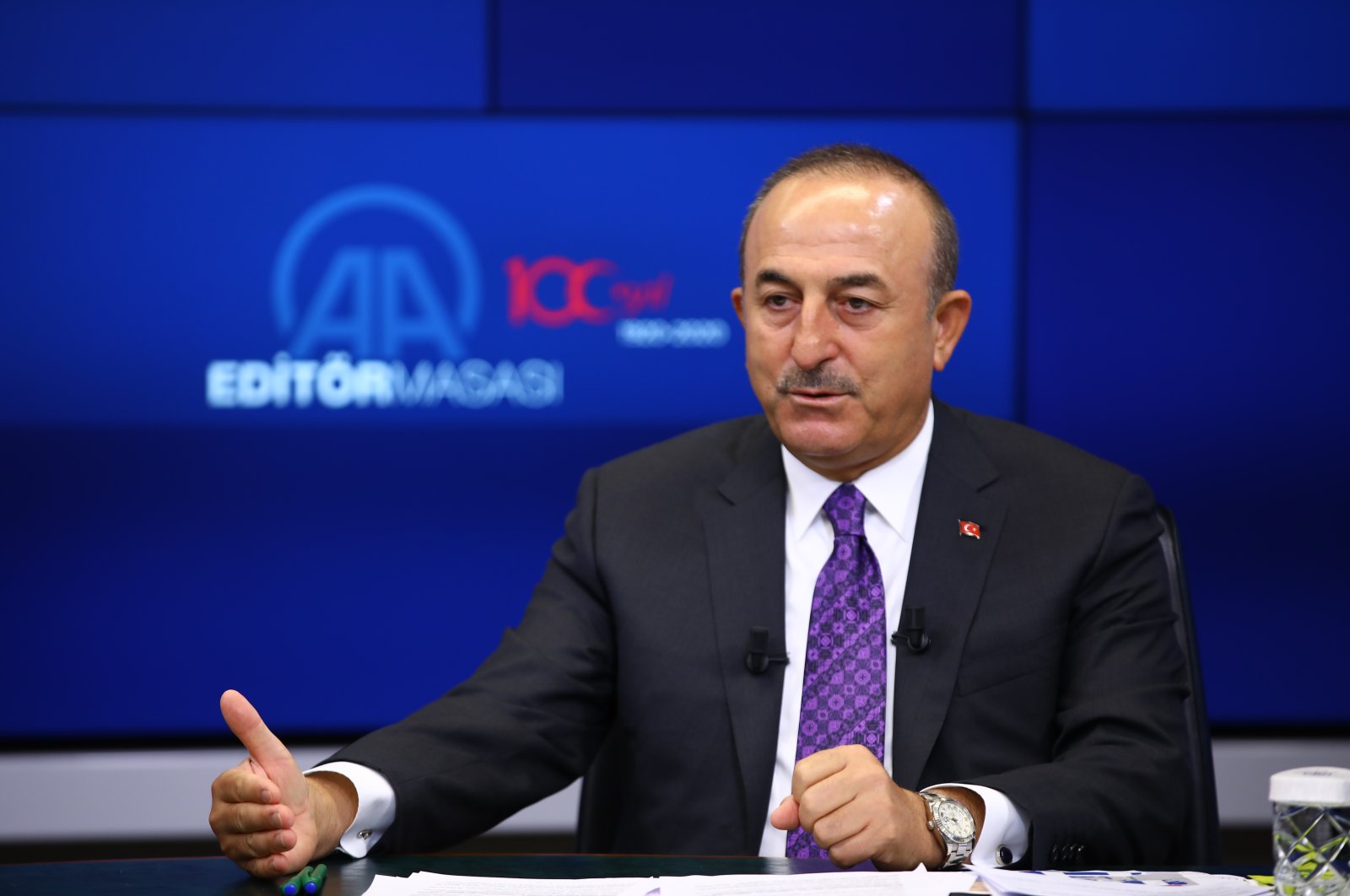 Azerbaijan is struggling against occupiers of its lands and is capable of defending its rights in the Armenian-occupied Nagorno-Karabakh, Foreign Minister Mevlüt Çavuşoğlu said Wednesday, as he reiterated Turkey's support for Baku.

"Turkey will support Azerbaijan in every way possible. But so far, their own forces have been more than enough in their fight against illegal Armenian occupation," Çavuşoğlu told Anadolu Agency's (AA) Editor's Desk.

Çavuşoğlu continued by saying that countries demanding a cease-fire cannot treat Baku and Yerevan similarly. "They should call on Armenia to retreat from the occupied territories that belong to Azerbaijan," he said.

"Where on earth are occupiers and the ones whose land is being occupied treated equally?" Çavuşoğlu said, noting that Armenia has had the courage to attack Azerbaijan because other countries have been supporting it.

The foreign minister highlighted the deadlock over the Nagorno-Karabakh problem, saying that no concrete steps have been taken in the past three decades to put an end to the conflict.

He noted that treating Azerbaijan like it is attacking Armenia is unreasonable because it is fighting against occupiers in its own lands.

Turkey’s ongoing support was praised by Azerbaijan as Azerbaijani leader Ilham Aliyev expressed his gratitude to the country yesterday.

“Only Pakistan, Afghanistan and Turkey have supported us,” he said.

Though a cease-fire was agreed on in 1994, Baku and Yerevan still regularly accuse each other of attacks around Nagorno-Karabakh and along the Azerbaijani-Armenian border.

There are four United Nations Security Council (UNSC) and two U.N. General Assembly (UNGA) resolutions as well as innumerable calls by international organizations that demand the withdrawal of the occupational Armenian forces from Nagorno-Karabakh and seven other occupied regions of Azerbaijan.

Regarding Turkey-EU relations, Çavuşoğlu said a majority of the bloc's member states understand Ankara’s demands in the Eastern Mediterranean, and many of them acknowledge Turkey's stance and reject the so-called “Seville Map,” in reference to Greece’s maximalist aspirations in the region.

“As decisions in the European Parliament are made on the basis of consensus, Greece and the Greek Cypriot administration took the EU hostage with their veto threats, just like they vetoed sanctions against Belarus,” Çavuşoğlu said.

He criticized Prime Minister Kyriakos Mitsotakis’ administration of refraining from dialogue with Turkey, in a similar manner with his predecessor Alexis Tsipras.

“Like the previous (Alexis) Tsipras government, the Mitsotakis administration also refrains from dialogue with Turkey, even though Foreign Minister Dendias is a close friend of mine. They bow to the pressure from media, public opinion,” he said.

Later on, the Foreign Ministry noted that Çavuşoğlu spoke with EU High Representative for Foreign Affairs and Security Policy, Josep Borrell on the phone. Çavuşoğlu discussed Armenian aggression against Azerbaijan in the occupied Nagorno-Karabakh region and the Eastern Mediterranean crisis with Borrell, the ministry said.