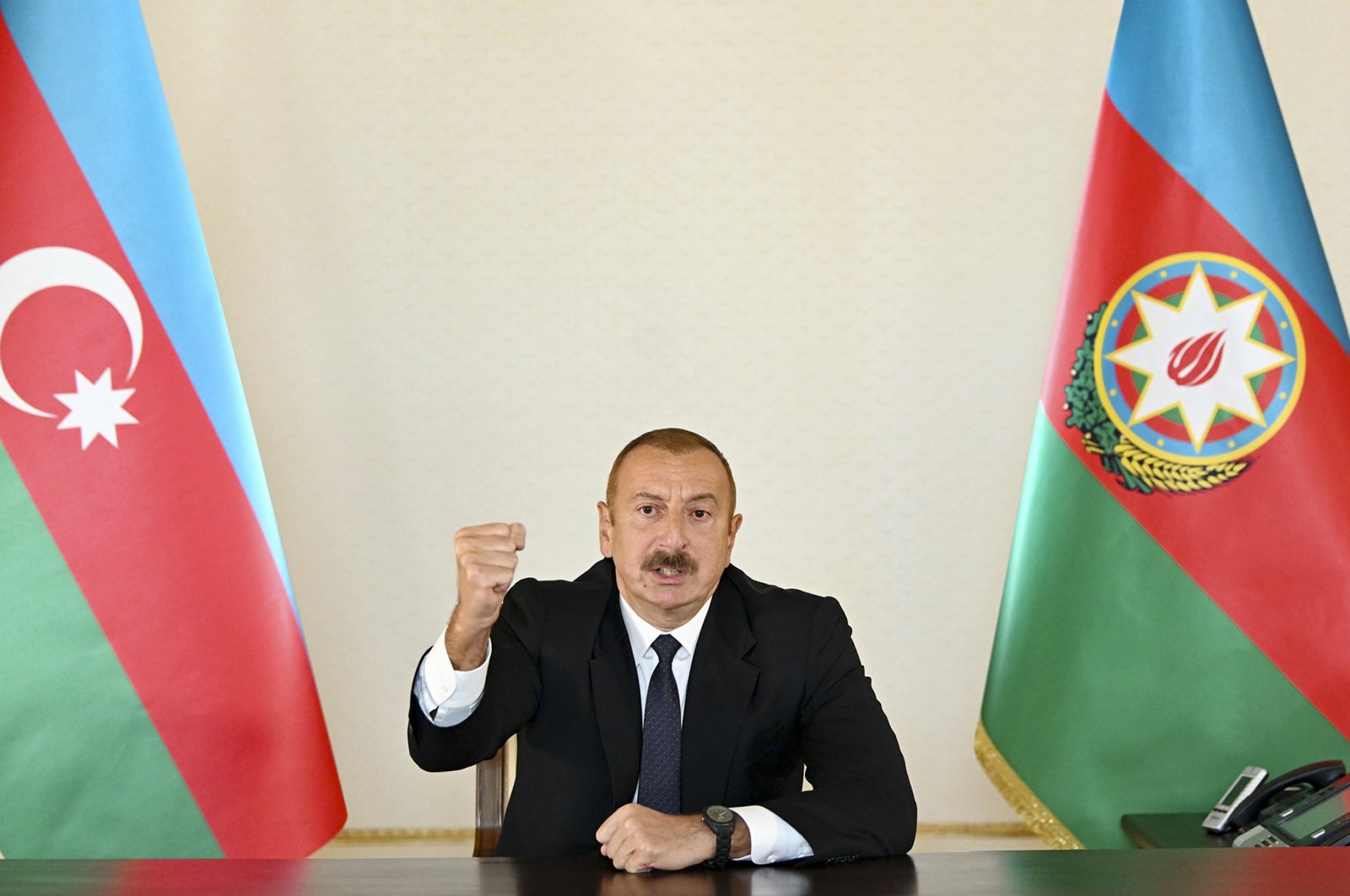 Azerbaijani President Ilham Aliyev said in a statement Sunday that his country’s armed forces had destroyed equipment belonging to the Armenian military in retaliation for the latter's attacks on the country.

Azerbaijan's Defense Ministry said earlier on the same day that Armenia had launched large-scale attacks against its civilians and military, with Baku launching a retaliatory operation along the "contact line" – a heavily-mined no-man's-land that separates Armenian-backed forces from Azerbaijani troops in the region.

The president said that the fallen among Azerbaijan's civilians and military would be avenged and that Azerbaijan would defend its territory.

In a televised address to the nation, Aliyev vowed victory over Armenian forces.

"Our cause is just and we will win," Aliyev said, repeating a famous quote from Soviet leader Joseph Stalin's address at the outbreak of World War II with Nazi Germany.

"Azerbaijani army is fighting on its territory," he said.

“Karabakh is our ours, Karabakh is Azerbaijan,” he said, in reference to the Nagorno-Karabakh region, which is currently under illegal Armenian occupation.

“This morning, our civilians and military positions were attacked from multiple directions,” Aliyev added, saying that heavy artillery was used by Armenia's armed forces.

“As a result of the enemy’s attacks, we have suffered both civilian and military casualties. May God grant mercy on the fallen. They will be avenged,” he said.

“The Azerbaijani military is now firing back at the enemy’s military positions. Much of their military equipment has been destroyed,” Aliyev added.

“This attack is another manifestation of Armenian fascism,” he said.

Meanwhile, Azerbaijani military released a statement, saying that its army is "fully staffed."

There is no need for total military mobilization as its army is fully staffed, it said.

As the clashes continue, Azerbaijani military has captured six villages that were previously under Armenian occupation.

According to a statement by Azerbaijan's Ministry of Defense, the country's military forces have liberated the villages from illegal occupation.

The two former Soviet countries have long been in conflict over the Azerbaijani territory of Nagorno-Karabakh, which is under illegal Armenian occupation, with border clashes intensifying in recent months.

Though a cease-fire was agreed in 1994, Azerbaijan and Armenia frequently accuse each other of attacks around Nagorno-Karabakh and along the separate Azerbaijani-Armenian frontier.