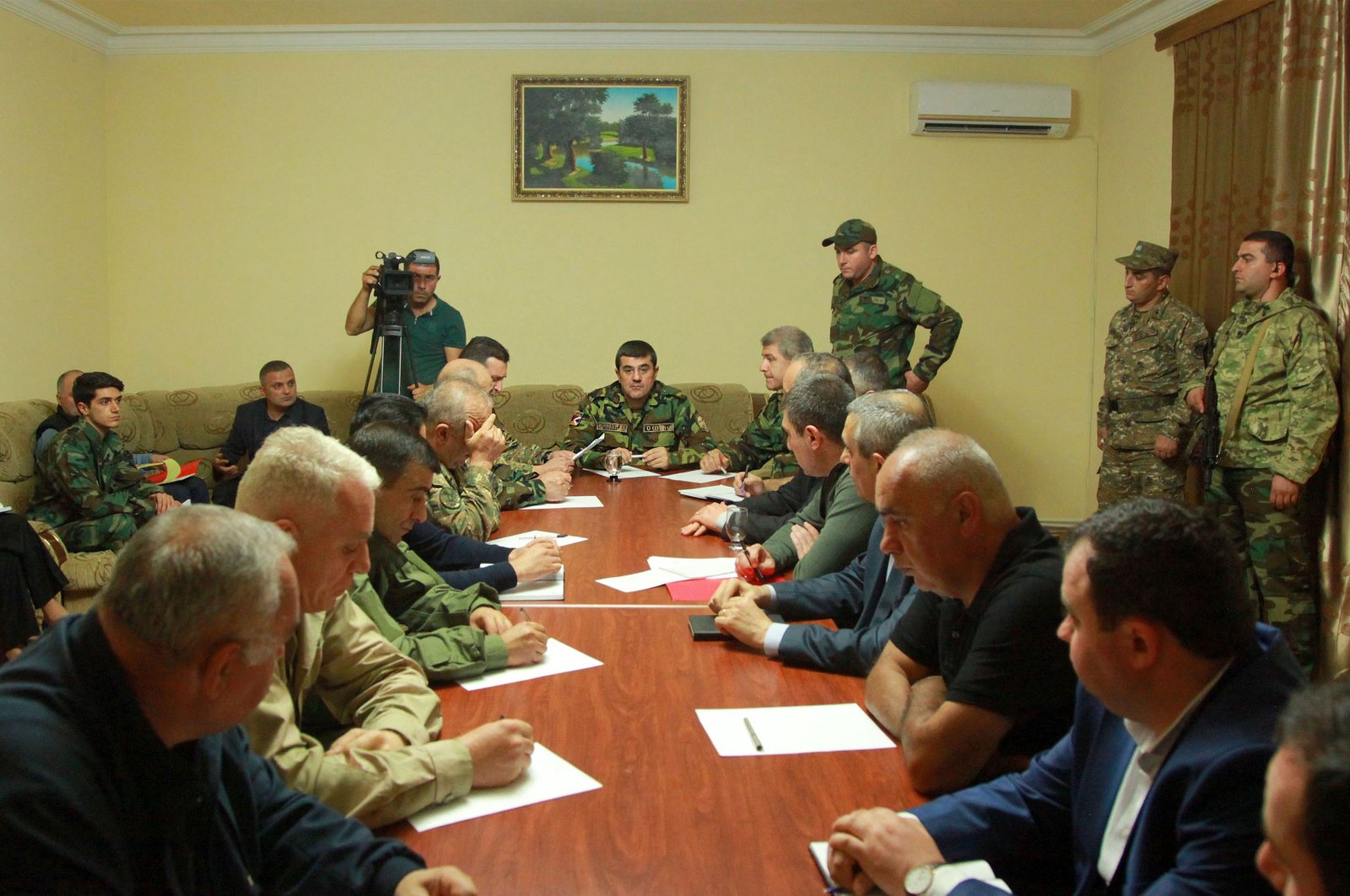 Armenian occupying leader Arayik Harutyunyan said on Sunday that the occupied Nagorno-Karabakh region has lost some positions to Azerbaijan's army amid renewed clashes.

He also said there were dead and wounded both among civilians and military personnel.

18 Azerbaijani people killed in 2 days, including children; Azerbaijani sources say Armenian casualties are in the hundreds, reigniting concern about stability in the South Caucasus, a corridor for pipelines carrying oil and gas to world markets.

An Armenian Defense ministry spokesperson early Monday confirmed that 15 more fighters had died in the "intensive fighting" that continued overnight, bringing their total military count to 32.

Azerbaijan said it has captured a strategic mountain in Karabakh that helps control transport communications between Yerevan and the enclave.

The Azerbaijani Armed Forces undertook counter-offensive measures under the nation's right to self-defense and in full compliance with international humanitarian law in order to thwart further military aggression by Armenia and provide security to densely populated civilian residential areas, it said.

Calling the illegal presence of the Armenian army in occupied Nagorno-Karabakh and surrounding regions of Azerbaijan a serious threat to regional peace and security, the ministry called on the international community to "strongly" condemn Armenia's policy of aggression and provocative activities against Azerbaijan.

Azerbaijani President Ilham Aliyev ordered martial law to be imposed in some regions of the country and called for a curfew in major cities.

In a televised address to the nation, Aliyev said that “there are losses among the Azerbaijani forces and the civilian population as a result of the Armenian bombardment,” but didn't give further details. He also claimed that “many units of the enemy’s military equipment have been destroyed.”