Azerbaijan supports Turkey 'without any hesitation' 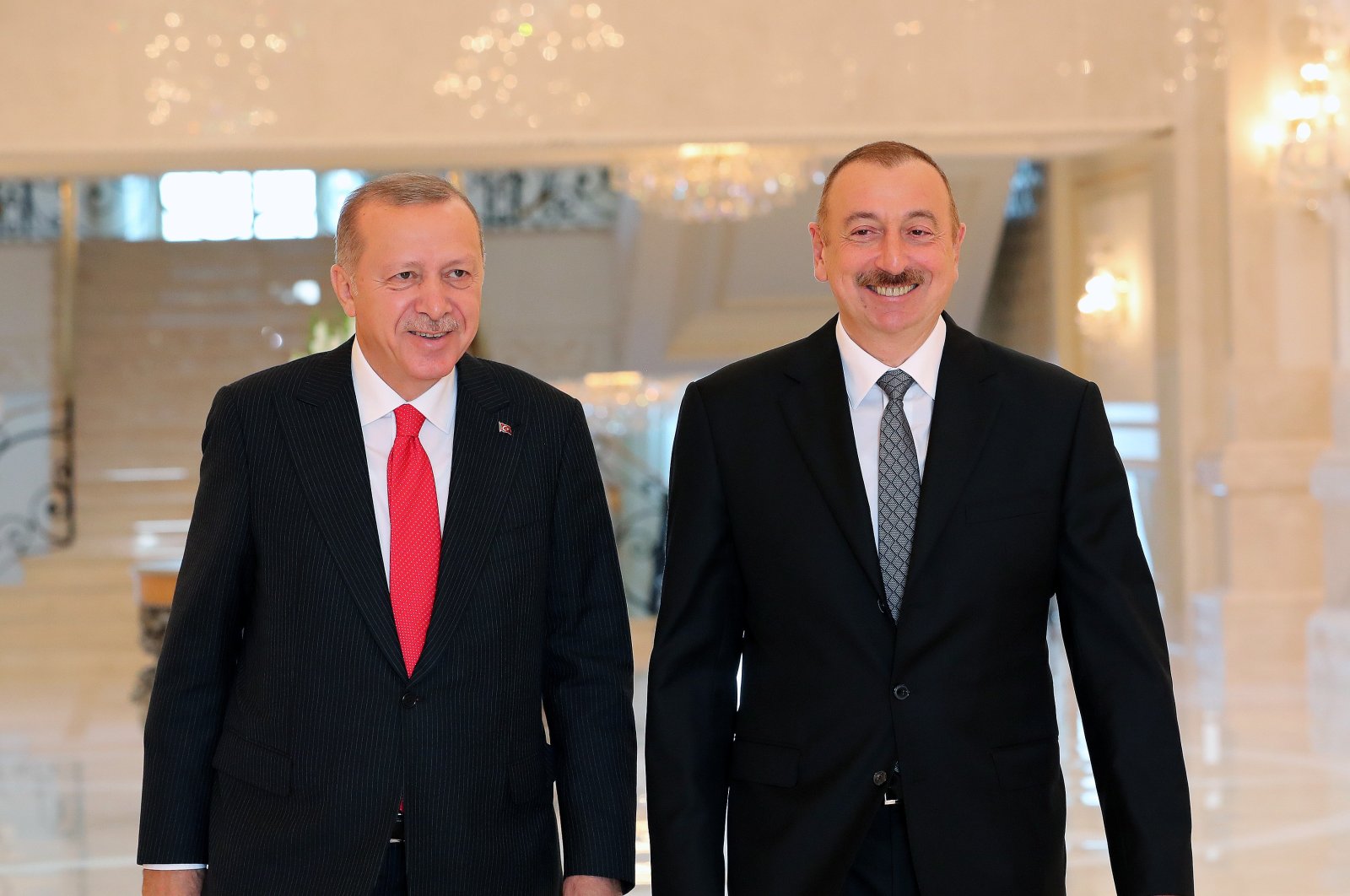 Azerbaijan's President Ilham Aliyev vowed Wednesday to "stand with Turkey under any circumstances without any hesitation," the Azertac state news agency reported.

Aliyev made the remarks while accepting the credentials of Greece's newly appointed ambassador to Azerbaijan, Nikolaos Piperigos, at an event in the capital Baku.

"I can tell you, and it is no secret, that Turkey is not only our friend and partner but also a brotherly country for us. Without any hesitation whatsoever, we support Turkey and will support it under any circumstances," the Azerbaijani leader told Piperigos.

Greece has attempted to illegally restrict Turkey's maritime territory, trying to box it into its shores based on small Greek islands near the Turkish coast.

Turkey has argued that the sides should instead sit down for dialogue to reach a win-win solution based on fair sharing.

Expressing his appreciation, Turkish Foreign Minister Mevlüt Çavuşoğlu said on Twitter: "Thank you so much. We have never had doubts about the support of Azerbaijan."

"Unwaveringly, Turkey also will always stand with Azerbaijan," Çavuşoğlu said, adding that Turkey and Azerbaijan are one nation and two states.

Aliyev also briefed the Greek envoy on the conflict with Armenia, adding that Armenia left 1 million Azerbaijanis homeless and carried out a policy of ethnic cleansing in the occupied territories, violating international law.

He expressed concern about the military cooperation between Armenia, Greece and the Greek Cypriot administration.

Ankara and Baku have been repeatedly expressing the strength of their alliance, both verbally and through military cooperation.

With the participation of the countries' air and ground forces, Turkey and Azerbaijan launched joint military drills last month, in the wake of recent Armenian attacks on Azerbaijani border points.

The war exercises began on July 29, with Aug. 5 being the last day of ground engagements – including artillery, armored vehicles and mortars striking simulated targets – in the capital Baku and the exclave of Nakhchivan, Azerbaijan's autonomous region bordering Turkey. Air combat drills involving jets and helicopters continued in Baku, Nakhchivan, Ganja, Kurdamir and Yevlakh until Aug. 10.

In July, Armenia attacked Azerbaijani troops in the northwestern Tovuz border region. At least 12 Azerbaijani soldiers were killed, including a major general and a colonel. A 76-year-old Azerbaijani citizen also lost his life.

Baku accused Yerevan of "provocative" actions with Turkey warning Armenia that it would not hesitate to stand against any kind of attack on Azerbaijan.