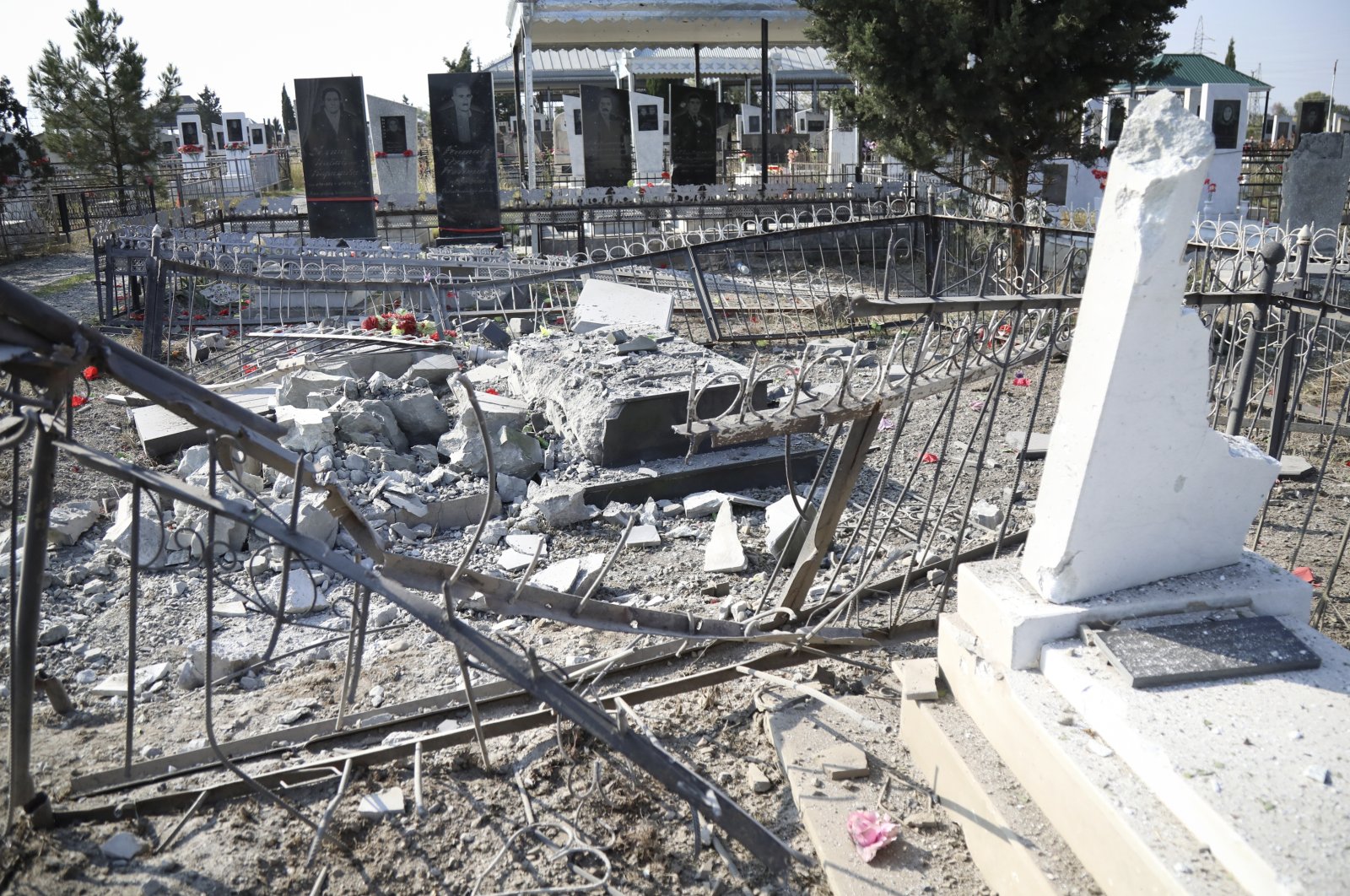 As clashes over Armenian-occupied Nagorno-Karabakh continue, Armenia has suffered heavy losses and Azerbaijan is retaining an operational advantage along the entire front, the Azerbaijani Defense Ministry said Friday.

In a statement, the ministry said the situation remained tense in Aghdara, Aghdam, Fuzuli and Hadrut as the Armenian military carried out attacks that were thwarted by Azerbaijani forces.

"Cases of mass desertion among the military personnel and reservists were observed on the defensive line of the 18th motorized rifle division of the Armenian armed forces," it said, adding many Armenian troops of the fifth mountain rifle regiment were killed and wounded.

"It became known that some of the mercenaries who arrived in the territory of Nagorno-Karabakh refused to join the battle," the statement added.

In response to Azerbaijan's advance, Armenia once again targeted an area outside Nagorno-Karabakh as Armenian armed forces on Friday launched a missile attack on the territory of the Ordubad region in the Nakhchivan Autonomous Republic of Azerbaijan.

"An operational-tactical missile fired on October 15 at 10:44 (0644GMT) by the armed forces of Armenia from the territory of the occupied Gubadli region exploded in the territory of Ordubad region of the Nakhchivan Autonomous Republic," Azerbaijani Defense Ministry said in a statement.

"A peaceful population and civilian facilities were not affected," it added.

Later in the day, Turkey condemned the recent Armenian attack on Ordubad and said Armenia has been increasing its aggression day by day due to the defeats in its occupied territories.

The Foreign Ministry statement added that the attack is a new and dangerous example of Armenia's efforts to expand beyond the occupied areas within Azerbaijani territory.

It called on Armenia to give up these dangerous provocations and calculate the consequences of these violent actions.

On Friday, Azerbaijani President Ilham Aliyev announced on Twitter that the Azerbaijani army has liberated Khirmanjig, Agbulag and Akhullu villages of Khojavend district from the Armenian occupation.

Azerbaijan has so far liberated more than 30 villages in Nagorno-Karabakh since clashes broke out between Armenian and Azerbaijani forces in late September.

It was also reported Friday that at least 47 Azerbaijani civilians have been killed and 222 more injured in Armenia's continuing attacks on civilian settlements.

Some 1,669 houses, 84 apartments, and 301 public buildings have been damaged and become unusable due to Armenian attacks between Sept. 27 and Oct. 16, according to Azerbaijan's Prosecutor General's Office.

The Armenian forces also said on Friday they had recorded another 29 casualties among its military, pushing the military death toll to 633 since fighting with Azerbaijani forces erupted on Sept. 27.

France, Russia and the U.S. are the co-chairs of the Minsk Group, which was set up in 1992 by the Organization for Security and Co-operation in Europe (OSCE) to find a peaceful solution to the conflict but to no avail. A cease-fire, however, was agreed upon in 1994.

Meanwhile, the Turkish Red Crescent (Kızılay) started to distribute humanitarian aid to Azerbaijani civilians who were affected by the ongoing clashes.

"We brought the first bunch of basic needs aid. This is a preliminary aid. Later, we conducted a comprehensive evaluation of needs. We worked on this with Azerbaijan’s Red Crescent in Baku for several days and determined what basic needs are. We informed Ankara about these evaluations," he said.