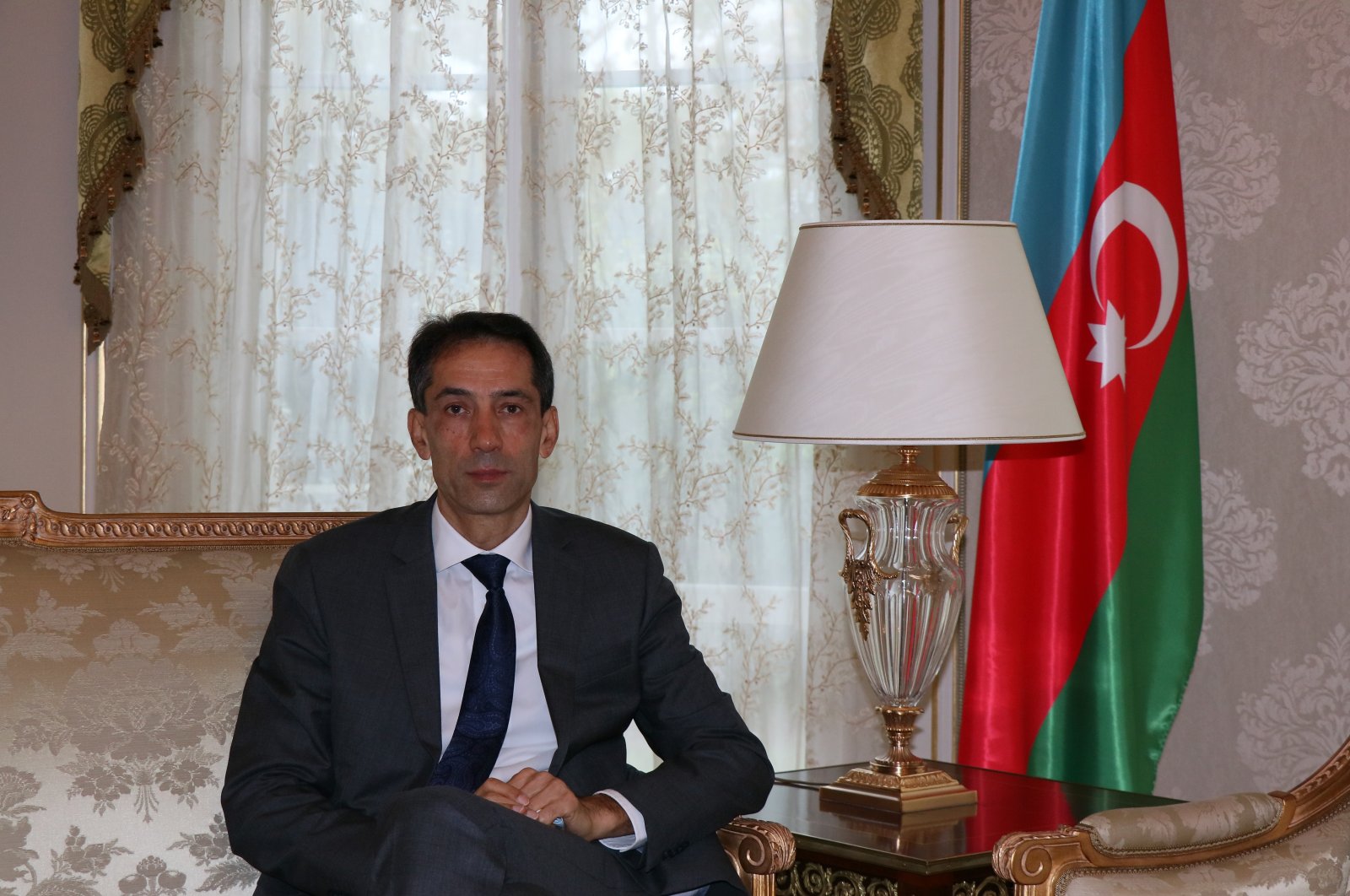 The Azerbaijani ambassador in Paris has thanked Turkey for support but slammed France's "indifferent stance" on the Armenian occupation of Nagorno-Karabakh, an internationally recognized territory of Azerbaijan.

Rahman Mustafayev said Turkey and its President Recep Tayyip Erdoğan have not left Azerbaijan alone in the Nagorno-Karabakh dispute.

"Turkish diplomacy is working on solutions on Nagorno-Karabakh. They do not reciprocate Armenia's provocation the same way by dropping bombs to places 250 kilometers away from the conflict zone."

He appreciated the moral support coming from Turkey. "I don't understand why this support disturbs the French elite," he said. "The Armenians are also violating French law by acknowledging Nagorno-Karabakh as Armenian territory."

Mustafayev said Azerbaijan's Paris embassy has been threatened and assaulted many times. "If the rule of law is in question, then it is not normal for France to let all this happen," he said.

He criticized the French authorities for not opening an investigation, taking action against those who threatened them and damaged the embassy building.

The ambassador urged that a strong reaction is needed in France against the "lawlessness" of the Armenian diaspora.

He called on Armenia to withdraw from the lands they occupied in violation of international law. "We do not need Armenia's unilateral promises; we expect international guarantees," he said.

The OSCE Minsk Group – co-chaired by France, Russia, and the U.S. – was formed in 1992 to find a peaceful solution to the conflict, but to no avail. A cease-fire, however, was agreed upon in 1994.