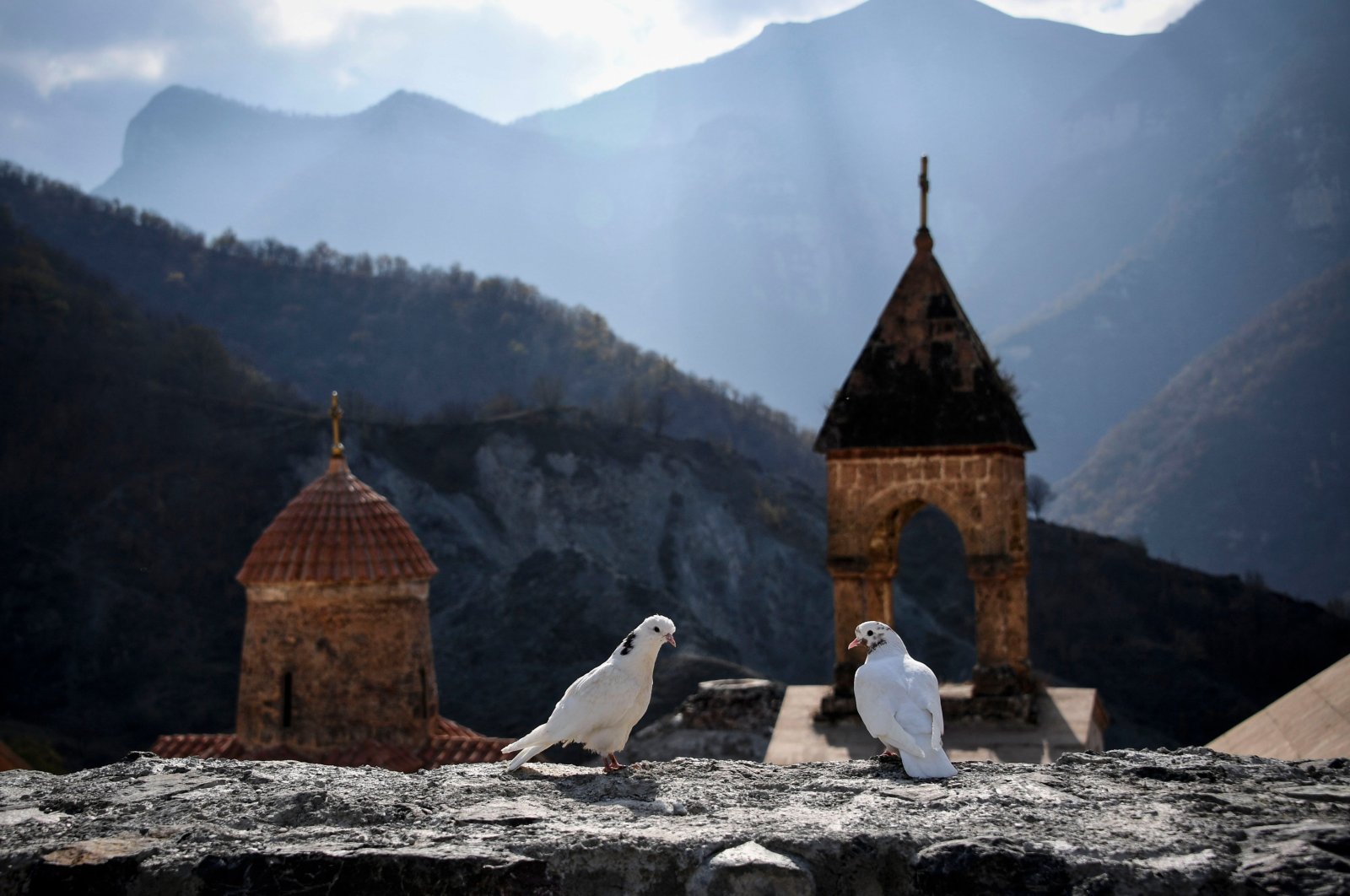 The Defense Ministry in Baku confirmed that "units of the Azerbaijani army entered the Kalbajar region on Nov. 25," under the deal signed earlier this month by Armenia, Azerbaijan and Russia.

Wedged between the disputed Nagorno-Karabakh region and Armenia, Kalbajar was initially scheduled for handover on Nov. 15, but Azerbaijan postponed the deadline due to humanitarian reasons.

"Engineering work has been completed to ensure the movement of our units in this direction, the difficult mountain roads along the route of the troops' movement are being cleared of mines and prepared for use," the ministry said in a statement.

Azerbaijan, the decisive victor of the Nagorno-Karabakh conflict, previously allowed 10 more days for occupying Armenians to evacuate the district, which borders Nagorno-Karabakh, due to climatic and natural conditions.

"By displaying humanity," Azerbaijan accepted the request to extend the deadline of leaving the region, which was under occupation for 27 years, he added.

"Due to extreme weather conditions, the only road in that direction, Zod-Varnenis, is narrow. Taking these conditions into consideration, Azerbaijan gave Armenia more time to evacuate its civilians," he added.

Yerevan had brought illegal settlers to Kalbajar, which was not inhabited by Armenians.

Relations between the ex-Soviet republics have been tense since 1991, when the Armenian military occupied Upper Karabakh, also known as Nagorno-Karabakh, a territory recognized as part of Azerbaijan.

Fresh clashes erupted on Sept. 27, and the Armenian army continued its attacks on civilians and Azerbaijani forces for 44 days, even violating two humanitarian cease-fire agreements.

Turkey welcomed the truce, which was a result of Baku's military successes, giving it an upper hand over Yerevan to resolve the three-decadelong dispute.