Azerbaijani refugees to return to Nagorno-Karabakh in 2022: Aliyev 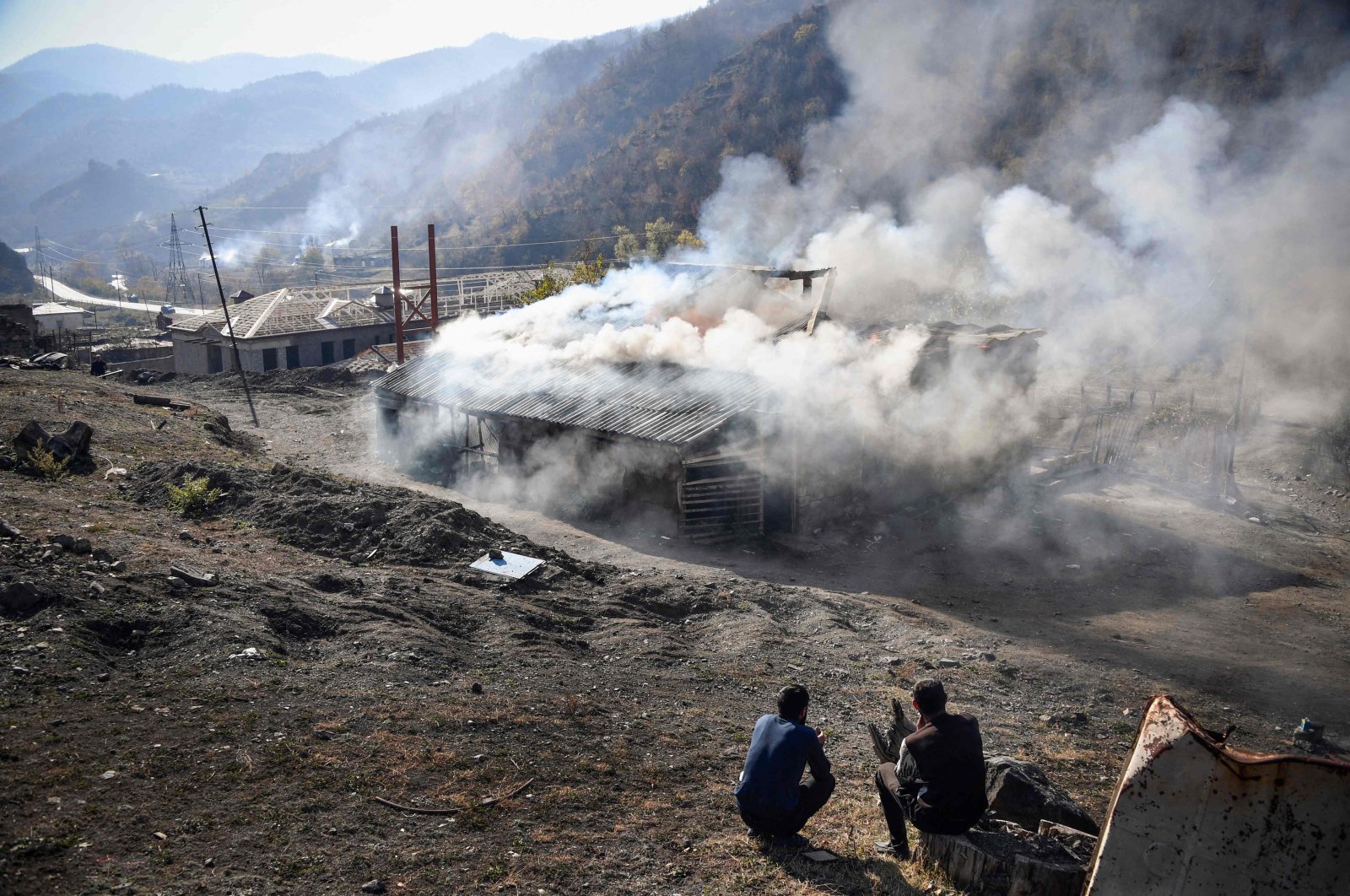 Residents look at burning houses in the village of Charektar outside the town of Kalbajar, during the military conflict between Armenia and Azerbaijan over the breakaway region of Nagorno-Karabakh, Nov. 14, 2020. (AFP)
by French Press Agency - AFP Apr 14, 2021 1:56 pm

Azerbaijan will begin to initiate the return of the internally displaced people (IDP) to the Nagorno-Karabakh region in 2022 as the region got liberated from the Armenian forces.

Some 750,000 Azerbaijanis were displaced after Baku lost control of Nagorno-Karabakh and seven adjacent districts in a 1990s war with Armenian separatists that followed the Soviet Union's breakup.

The largely dormant territorial conflict re-erupted in September 2020, claiming the lives of some 6,000 people.

The fighting ended after six weeks with a Russian-brokered cease-fire that saw Yerevan cede swathes of territories to Baku.

On Wednesday, Azerbaijani President Ilham Aliyev said he was hoping that "the gradual return of the displaced to the liberated territories will begin next year."

He said work was currently underway to clear the area of land mines and repair infrastructure destroyed in the fighting.

Addressing an international conference on the South Caucasus held in Baku, Aliyev said a major obstacle for the refugees' return was Armenia's refusal to provide Baku with the map of Karabakh minefields.

He said more than 20 Azerbaijanis, both military and civilians, were killed in Nagorno-Karabakh by land mine explosions after the cease-fire.

Flush with revenues from oil and gas in the Caspian Sea, Aliyev's government has said it will spend billions of dollars on rebuilding the areas reclaimed in the war.