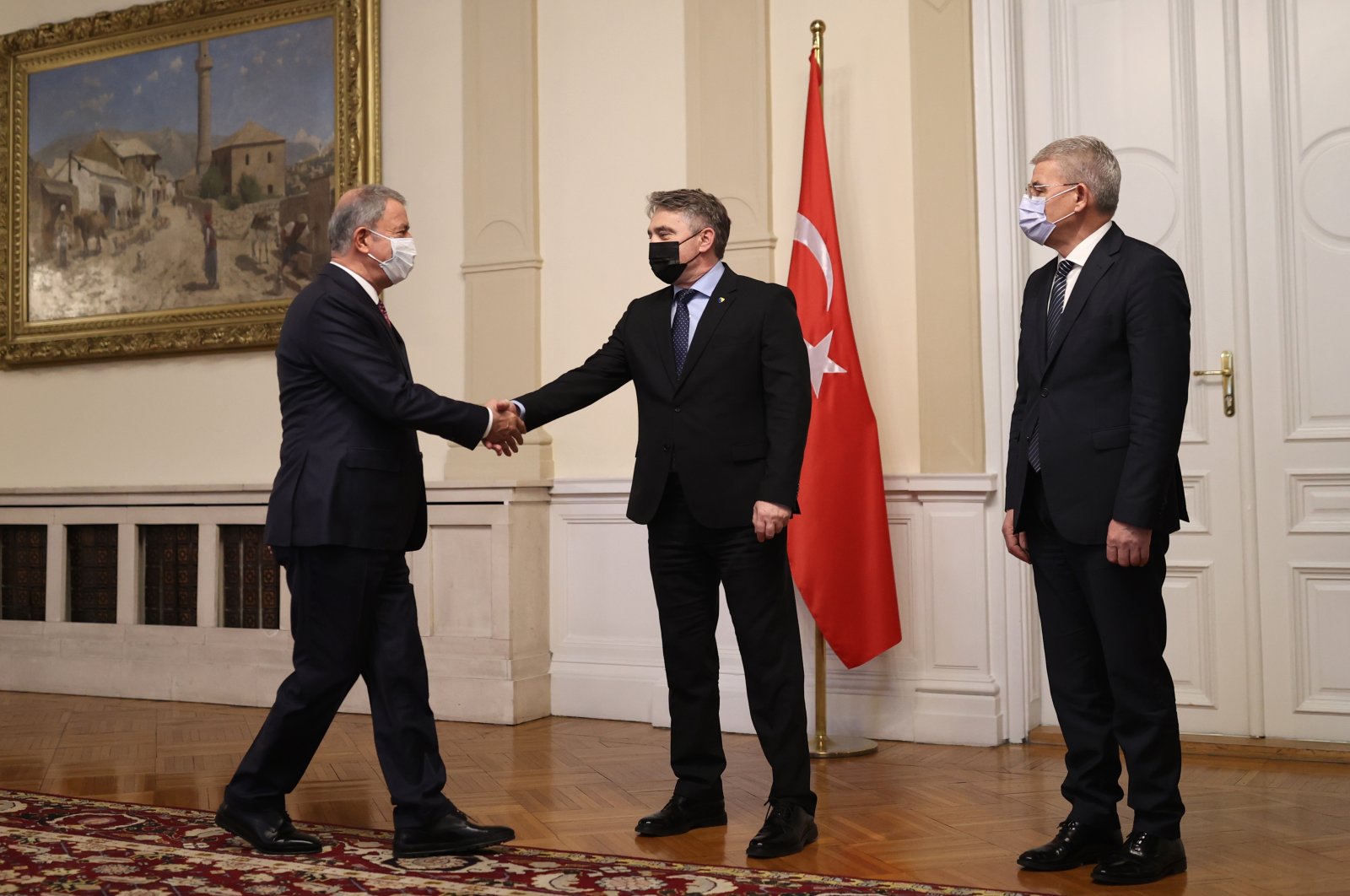 Dzaferovic made the statement to Anadolu Agency (AA) regarding his meeting with the Turkish Defense Minister Hulusi Akar, who was visiting the country for talks in Bosnia-Herzegovina.

Emphasizing that Turkey contributes to economic development and stability in the region, he said, "Turkey is the true friend of Bosnia-Herzegovina. It follows the events in Bosnia-Herzegovina very closely. We confirmed this once again in our meeting with Minister Akar."

Expressing that Turkey supports the 26-year Dayton Agreement, Dzaferovic said: "As a member of the Peace Implementation Council, Turkey also supports Bosnia-Herzegovina's path to the European Union and NATO."

The Dayton Agreement is the peace agreement reached at Wright-Patterson Air Force Base near Dayton in Ohio, U.S., on Nov. 21, 1995, and formally signed in Paris on Dec. 14, 1995. These accords put an end to the 3 1/2 year-long Bosnian War.

The warring parties agreed to peace and a single sovereign state known as Bosnia-Herzegovina composed of two parts, the largely Serb-populated Republika Srpska and mainly the Croat-Bosniak-populated Federation of Bosnia-Herzegovina. However, the agreement has been criticized for creating ineffective and unwieldy political structures and entrenching the ethnic cleansing of the previous war.