Captain of Turkey's seismic vessel Oruç Reis: It's an honor for us to operate in 'Blue Homeland' 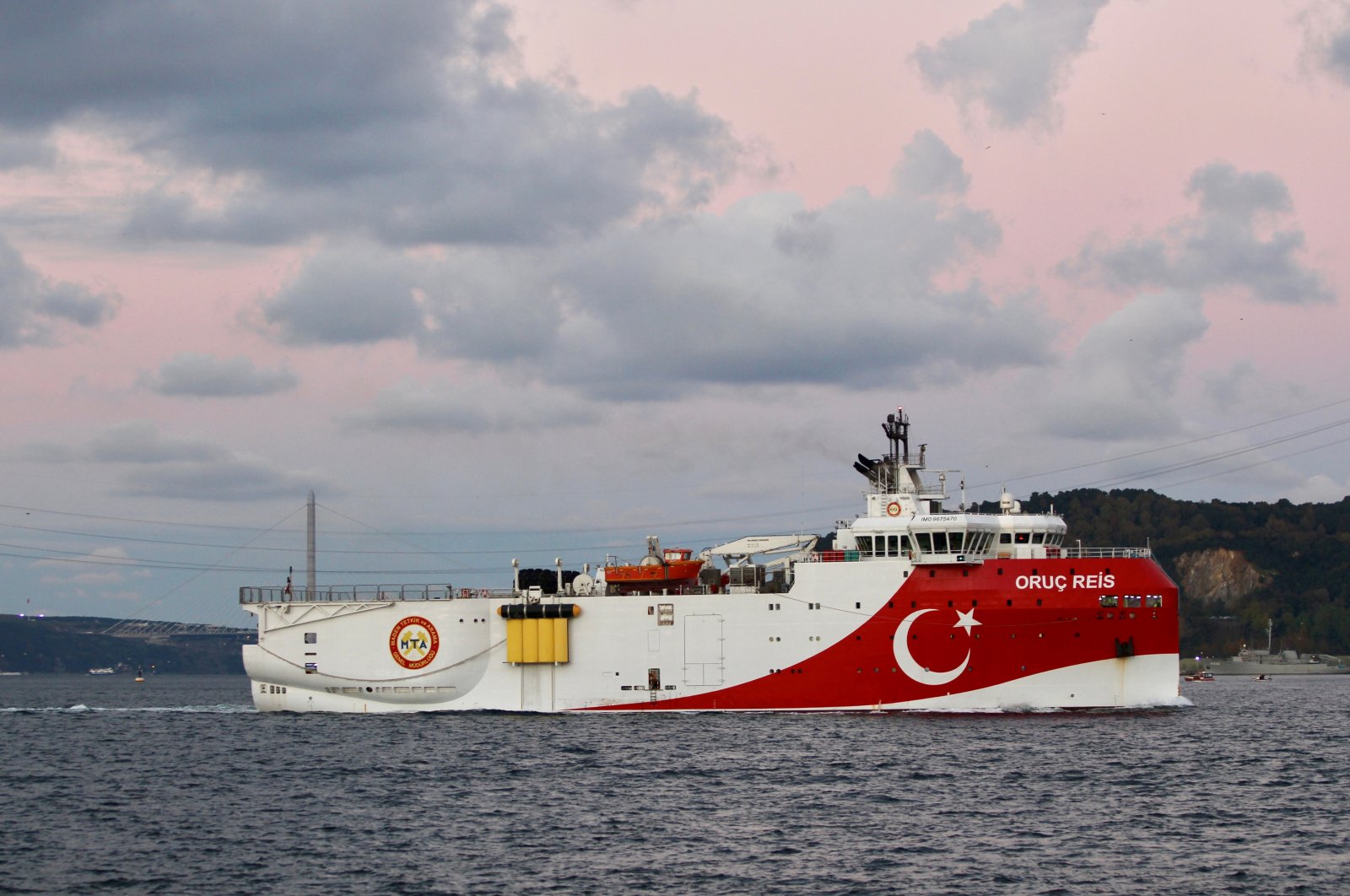 It is an honor to operate in a region that is known as the "Blue Homeland," said Cankat Uzşen, the captain of Turkish seismic vessel Oruç Reis which was conducting hydrocarbon exploration activities in the Eastern Mediterranean until taking a break last week.

Speaking to Anadolu Agency (AA), Uzşen stated that working in a seismic vessel belonging to Turkey has been a lifelong dream that has finally come true.

"When we were traveling to other countries and seeing their seismic and drilling vessels, we were wondering if our country would have such vessels one day as well. We were dreaming about this. Now, we have reached our dream," the experienced captain said.

Working as a long-distance captain since 2010, Uzşen said that since Oruç Reis's inception as a Turkish seismic vessel, he has dreamt of working on it.

"I have worked hard, tried hard and improved in my profession in the right way. Thanks to this, today I am in this position. This is a major opportunity for me and my crew," Uzşen stated.

Highlighting that Turkey has not allowed any foreign interference in the vessel's operations in the field, Uzşen said that seeing the Turkish navy sailing alongside them in order to provide protection has empowered the vessel's whole crew.

"It has been an additional source of motivation for us. We have done our best to do our job in the best way possible. We have not had the slightest worry. To work in a region that we recognize as the 'Blue Homeland' is a matter of pride and honor for us," the captain emphasized.

Uzşen also detailed Oruç Reis's journey in the Eastern Mediterranean so far. Stating that the vessel first came to the Antalya harbor in southern Turkey, the captain said that it stayed there to stock up on necessities such as fuel, food and other equipment, before moving onto Demre-1 location with the declaration of a Navtex on Aug.10. Navtex is a maritime communications system that allows ships to inform other vessels about their presence in the area.

The Oruç Reis returned to the Turkish port of Antalya last week, its time at sea – as determined in its latest Navtex declaration – having come to an end.

The vessel's exploration work was initially scheduled to last until Sept.1. However, later on, the period was extended until Sept.12, with the expectation of another extension later, continuing until Sept. 25. However, many argue that talks between Turkey and Greece initiated by NATO last week are the main reasons behind the vessel's break from work in order to enhance dialogue and ease tension. Still, Turkey highlighted multiple times that the vessel's work will continue after a short break since the country's determination to maintain its rights in the region remains strong.

According to Uzşen, during the course of the vessel's activities, the ship's 54-member crew, which includes the captain, deck and machine officers and shipment and technical personnel, has remained the same.

"Since our institution has taken the necessary measures during the pandemic, we did not have any problem. We have overcome the pandemic process without any major issues thanks to several practices such as health checks before attending the ship," he said.

Uzşen added that they are working in 12-hour shifts on the vessel, providing enough time for everyone to rest, which is crucial considering the high sensitivity of the work that is being conducted.

"Our ship has all the opportunities that any seismic vessel that operates in international waters has. Our personnel can watch TV and play various games in the lounge. We have a library, table tennis and a gym. We also have a Wi-Fi connection. All of our personnel have the right to benefit from these opportunities during their resting hours unlimitedly," he added.

Explaining that it is a routine to take a break after a 35-day working period in order to make sure that the vessel has the necessary care and treatment, Uzşen said that following a series of tests ensuring the well-being of the vessel, the operations in the field will continue.

"After this care and repair work is being completed, as well as the refueling and personnel change, we will conduct a test sailing offshore of Antalya. Then, we will continue our work," he said.

Oruç Reis, which is 90% domestically produced with its design, workmanship and integration, is able to conduct various geological, geophysical. hydrographic and oceanographic research. Being one of the five to six fully equipped seismic vessels in the world, the ship is able to conduct 2D and 3D seismic research.

Built by Turkish engineers at a local shipyard in Istanbul in June 2018, the Oruç Reis had previously been conducting seismic surveys in the Black Sea and Marmara.

The Turkish-flagged drillship Fatih launched offshore drilling operations this May in an area 75 kilometers, some 42 nautical miles, off the western coast of the island of Cyprus.

The sixth-generation ultra-deepwater drillship, Yavuz, also began operations in August at the Karpaz-1 well located in the Bay of Gazimagusa – also known as Famagusta, in the Turkish Republic of North Cyprus (TRNC).

Turkey has long contested the Greek Cypriot administration's unilateral drilling activities in the Eastern Mediterranean, asserting that the TRNC also has rights to the resources in the region.

President Recep Tayyip Erdoğan has said previously that the only solution to the dispute is to reach a win-win agreement through dialogue and negotiations and has urged Athens to respect Turkey's rights.