Casualties rise as Armenia continues to target civilians in Azerbaijan 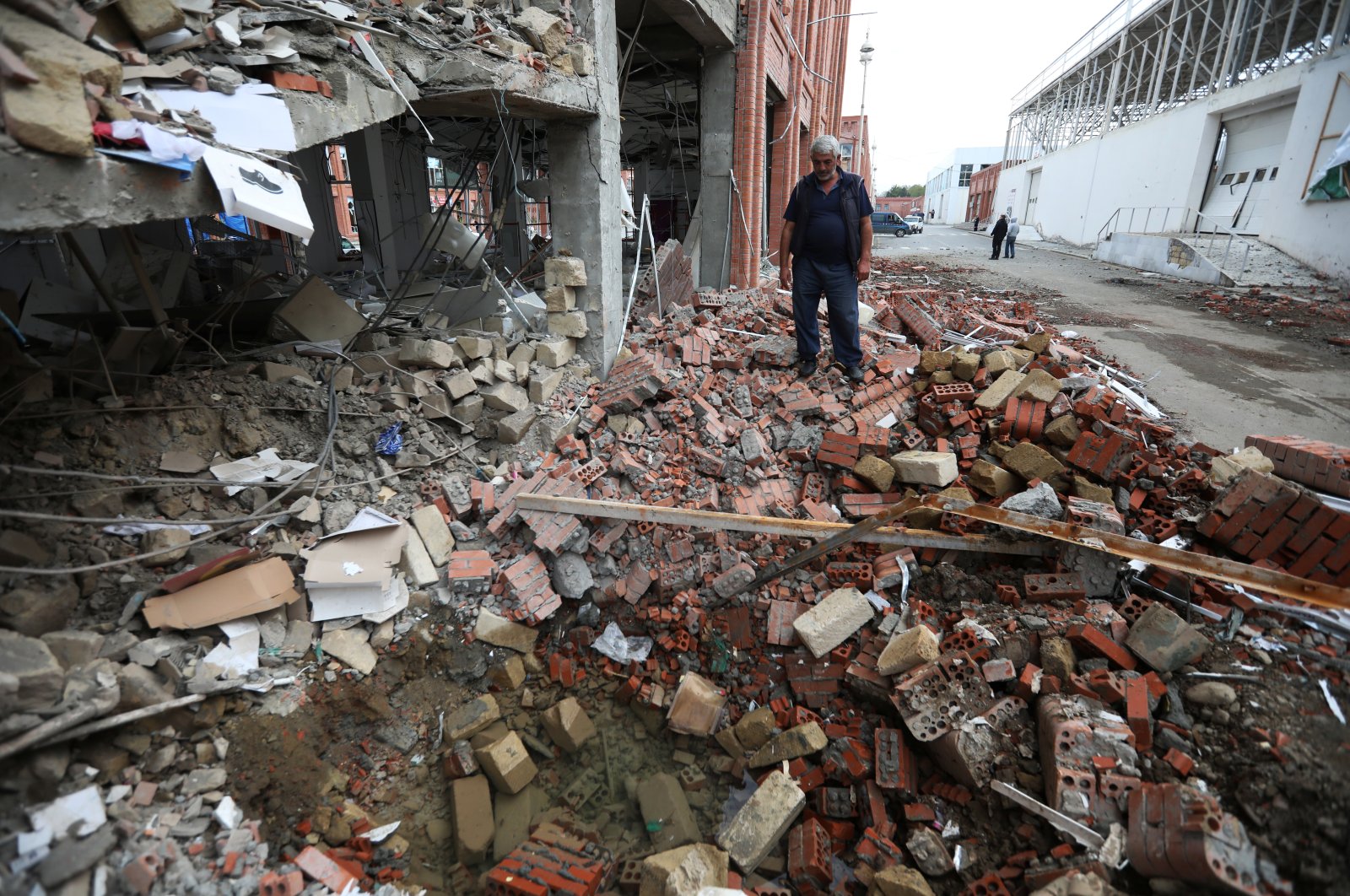 A man stands next to a building damaged by Armenian shelling during a military conflict over the occupied region of Nagorno-Karabakh, in the city of Ganja, Azerbaijan, Oct. 6, 2020. (Reuters Photo)
by daily sabah Oct 08, 2020 8:31 am
RECOMMENDED

A number of civilian casualties were reported after the Armenian military launched rocket attacks against some areas in Azerbaijan, including the city of Ganja, reports said Thursday.

In a statement, the Azerbaijani Defense Ministry said civilians were killed and injured after Armenia targeted the villages in Goranboy, Tatar, Barda and Agjabedi.

The ministry did not state the number of deaths and injuries.

The Armenian military used the Tochka-U ballistic missile system to carry out the attacks.

Later in the day, Azerbaijan also announced that its military downed an Armenian drone that was targeting civilian areas.

In a statement on Twitter, Hikmet Hajiyev, an aide of Azerbaijani President Ilham Aliyev, said that many civilians’ lives were saved as the drone was flying over civilian areas.

The statement noted that the Azerbaijani military has been taking precautions to prevent such attacks.

In response to Armenia's attacks, Aliyev said on Twitter that despite artillery being fired from Armenian territories, Azerbaijan does not attack on Armenian land.

Armenia is trying to bring in the Collective Security Treaty Organization (CSTO) to the confrontation and internationalize the conflict, he said, adding that such an approach is unacceptable.

The CSTO is a Russia-led military alliance that was signed in 2002 by six former Soviet states, namely Russia, Armenia, Kazakhstan, Kyrgyzstan, Tajikistan and Uzbekistan. Russia also has a military base in Armenia.

"It is a war crime for the Armenian armed forces to fire on our cities and villages with ballistic missiles. Therefore, the Armenian leadership must be held accountable," Aliyev said.

Last week, one civilian was killed and several others injured in Armenian attacks on Ganja.

Ganja, a city of more than 330,000 in the country's west, and several other civilian areas were under fire from rockets and shelling.

Also destroyed in armed clashes on Oct. 7 were six D-20 howitzers, one Akatsia self-propelled artillery and 30 different types and models of military vehicles, said Azerbaijan's Defense Ministry in the statement.

The latest data says that since the Armenian Army's attack on Sept. 27, it has lost 260 tanks and armored vehicles, 277 artillery and rocket systems, 60 air defense systems, one S-300 long-range air defense system, 11 command and control and observation posts, eight ammunition depots and 180 military trucks and vehicles.

Separatist Armenian militants and the Azerbaijani Armed Forces are engaged in fierce clashes as fighting over the illegally occupied Nagorno-Karabakh region has intensified. Armenia has reported heavy losses, and its leader says it is facing a "historic threat."

The new clashes erupted on Sept. 27, and international calls for a halt to hostilities have gone unanswered. Armenia has continued its attacks on Azerbaijani forces and civilians, who are the rightful owners of the illegally occupied Nagorno-Karabakh region, as recognized by all U.N. members and the United Nations itself.