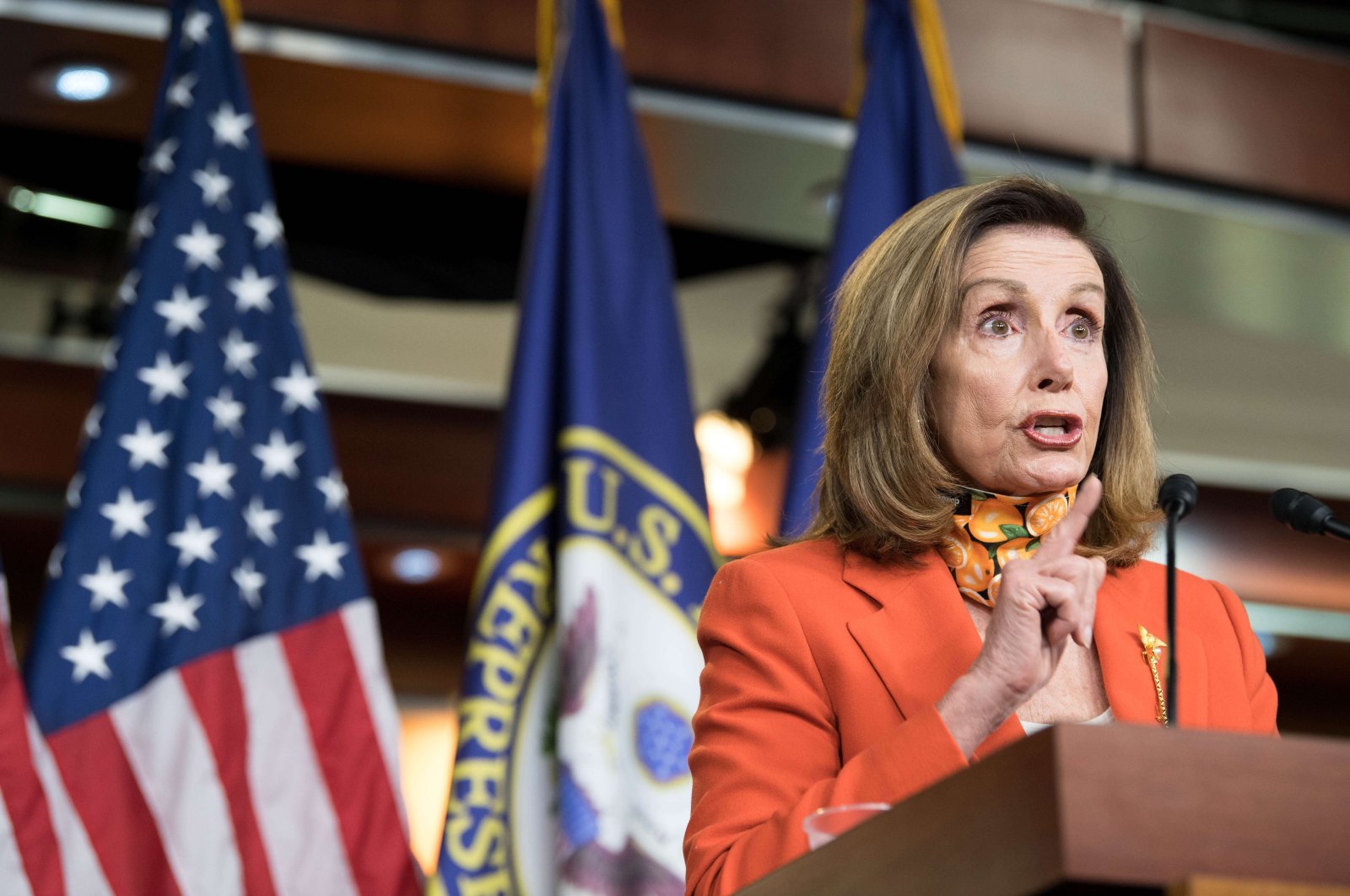 “@SpeakerPelosi’s rise to become Speaker of the House is what is truly worrisome for American democracy, given her blatant ignorance. You will learn to respect the Turkish people’s will,” Çavuşoğlu said in a tweet Friday.

Pelosi told Trump recently that he is not in North Korea, Turkey or Russia and that he needs to accept the results of the upcoming presidential elections after he said he would not accept defeat.

Çavuşoğlu's criticism was followed by that of Presidential Communications Director Fahrettin Altun who asked Pelosi the same day on Twitter: "When was the last time that there was no peaceful transfer of power in Turkey – with the exception of military coups? And we remember who supported those attacks against Turkish democracy, too."

Altun said that Pelosi’s "careless remarks" reflected pervasive misconceptions about Turkey among U.S. politicians and that Turkey has many years of experience with the modern constitutional system. "Turkish democracy is robust as ever because of this history," he said.

"It’s against the U.S. national interest and the spirit of an alliance to denigrate Turkey in an attempt to score domestic political points," Altun added. "We see this worrisome trend in U.S. politics to make Turkey part of domestic political struggles and part of an effort to attack President Trump’s good relations with President Erdoğan."

Altun called on U.S. politicians and especially those in leadership positions to stop attacking and start engaging with a critical NATO ally like Turkey in a meaningful manner. "This would be in the U.S. national interest and the right thing to do for the future of our bilateral ties," he concluded.

Presidential Spokesperson Ibrahim Kalın similarly said: “Pelosi is a prejudiced politician who is nurturing enmity toward Turkey. She also took a similar stance regarding the Armenian genocide claims.”

Trump was asked in a news conference Wednesday if he would peacefully transfer power if he loses the upcoming presidential elections.

"Well, we'll have to see what happens," Trump said.

His refusal to commit to a peaceful transfer of power if he loses drew swift blowback Thursday from both parties in Congress, and lawmakers turned to unprecedented steps to ensure he cannot ignore the vote of the people. Amid the uproar, Trump said anew he is not sure the election will be “honest."

Last month, Biden made headlines and came under fire in Turkey after a video clip went viral in which the former vice president said he would seek a regime change in Turkey and expressed his willingness to work with the "opposition leadership" in the country to topple President Recep Tayyip Erdoğan in Turkey’s 2023 elections.

"We can support those elements of the Turkish leadership that still exist and get more from them and embolden them to be able to take on and defeat Erdoğan. Not by a coup, not by a coup, but by the electoral process," he said.

Trump "yielded" to Turkey, said Biden, adding: "And the last thing I would’ve done is yielded to him with regard to the Kurds. The absolute last thing." Biden’s remarks illicitly conflated the Kurds with the terrorist group YPG/PKK in northern Syria, a group that attacks Turkish security forces, kidnaps children, including many Kurds, and has tried to set up a terrorist statelet along Turkey’s borders.

Turkish officials quickly condemned Biden’s remarks, as Çavuşoğlu had said he “crossed the line” and only Turkey can decide who its leaders will be, through democratic and transparent elections.

"Nobody from America or any other country can decide that," Çavuşoğlu said.

Trump has accused Biden of being uncompetitive, saying that he would not be able to stand up to the “world-class chess players," singling out the Turkish president among the world leaders.

“Let’s face it, Joe’s shot,” Trump said during an interview on Fox & Friends.

“And by the way, at his best he wasn’t that good,” he added.

Meanwhile, Biden’s running mate Kamala Harris is a defender of the so-called Armenian genocide claims, and said in a tweet in 2019 that she was “proud to co-sponsor a Senate resolution commemorating those lost and ensuring U.S. acknowledgment of this horrific chapter in history.”

Pelosi also called the 1915 events "one of the great atrocities of the 20th century," after the House voted in favor of the resolution to recognize it as a genocide last year. She represents the state of California, which hosts a large community from the Armenian diaspora.

Washington’s failure to respect Turkey’s legitimate security concerns on several issues, including the YPG/PKK and the Gülenist Terror Group (FETÖ), has caused irreparable damage to the relations between the two countries.

Mike Doran, a senior fellow at Hudson Institute, said the U.S. “does not have an Erdoğan problem,” but it has a “Turkey problem” created to a large extent by Washington itself.