Colombia thanks Turkey for 250 hospital beds to fight virus 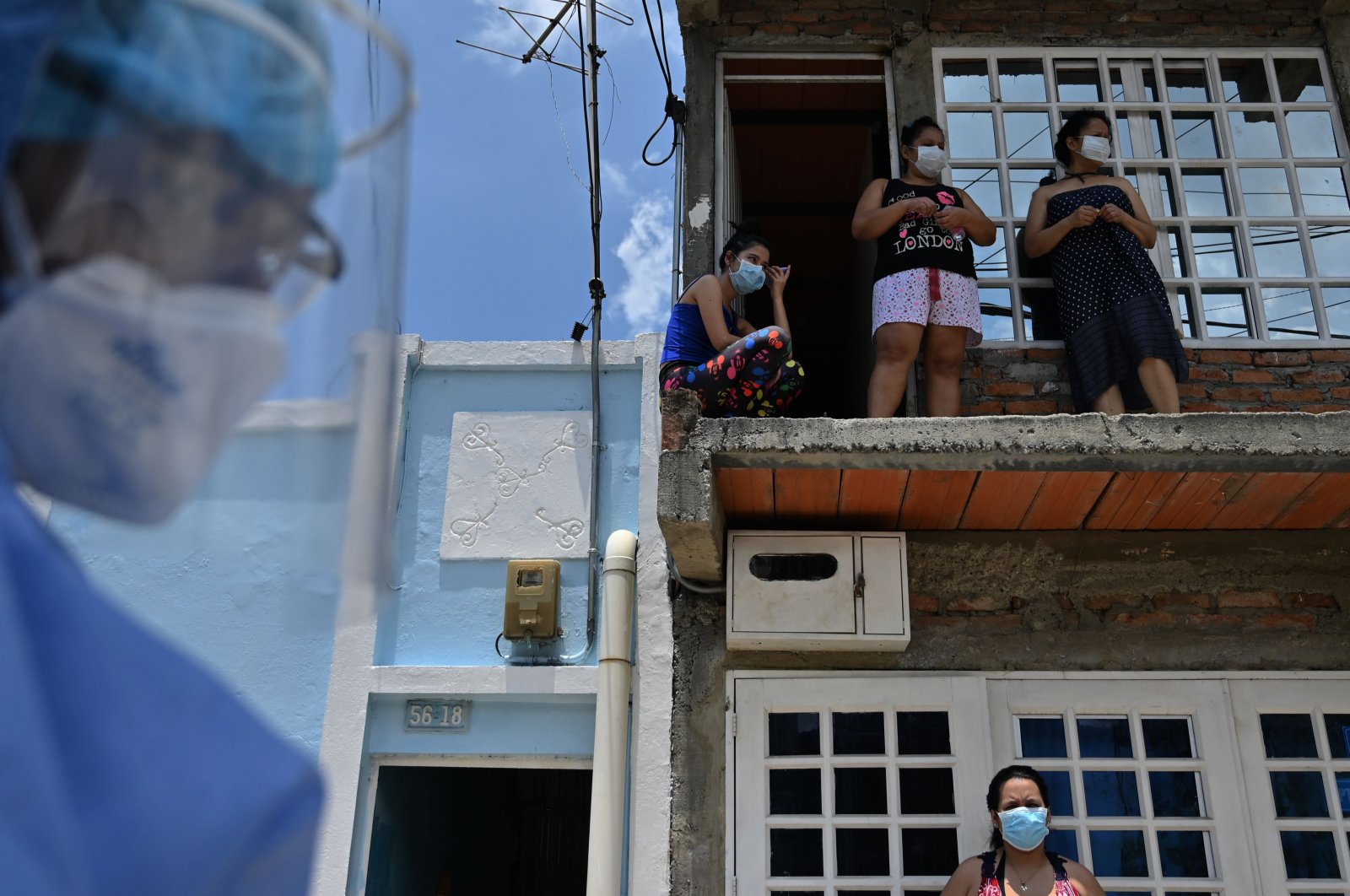 Locals look out from their house as health workers wearing biosafety suits carry out a checkup for the coronavirus at Nueva Floresta neighborhood in Cali, Colombia, on April 20, 2020. (AFP)
by DAILY SABAH WITH AA Apr 21, 2020 10:49 am
RECOMMENDED

Colombia thanked Turkey on Monday for donating 250 hospital beds to its capital city in efforts to combat the coronavirus outbreak.

"Thanks to the Turkish Embassy and TİKA Colombia, the Transient Hospital center of Corferias has 250 hospital beds for the care of low complexity patients," Bogota's District Directorate for International Relations said, referring to the Turkish Cooperation and Coordination Agency (TİKA).

The Corferias Congress Center, located in the capital, was turned into a transient hospital to meet the needs of patients during the epidemic.

The District Secretary of Health also welcomed the aid, saying the donation of beds was "key help to continue saving lives."

The country has nearly 3,800 cases and 179 deaths from the pandemic while 711 people have recovered so far, according to data from U.S.-based Johns Hopkins University.

Turkey, as a country that has made a name for itself in the last decade due to its humanitarian efforts, has already gained prominence by sending medical aid packages to many countries across the world.

"So far, we have delivered medical equipment to 34 countries," President Recep Tayyip Erdoğan said last week during a news conference following a Cabinet meeting in Istanbul. "We will continue our support (to other countries) in the upcoming days as well," he said. The number has escalated since then.

Erdoğan's speech was an evaluation of the past month, during which Turkey has received aid requests from more than 90 countries. Managing to deliver medical equipment to 34 of them so far, the country has provided consultancy to many others, aiming to share its resources and experiences with the world in a period of crisis. Turkey's aid packages mostly include medical masks, protective overalls and gloves, as well as disinfectants. All equipment was produced at military-owned factories and at sewing workshops that produce military uniforms and other clothing for the army.

Turkey has a long tradition of sending humanitarian aid to countries facing difficulties, even for those it has tense diplomatic relations with. For instance, in 1938, only a decade after the country’s foundation following a bloody war, Turkey sent medicine to China amid the outbreak of cholera in Asia. Similarly, in 1941, Turkey sent medicine to the Greek army upon the request of Greece, a country that fought against Turkey during the Turkish War of Independence. Similar aid has been provided to many other countries over the years, including Ethiopia, Bangladesh and Afghanistan.