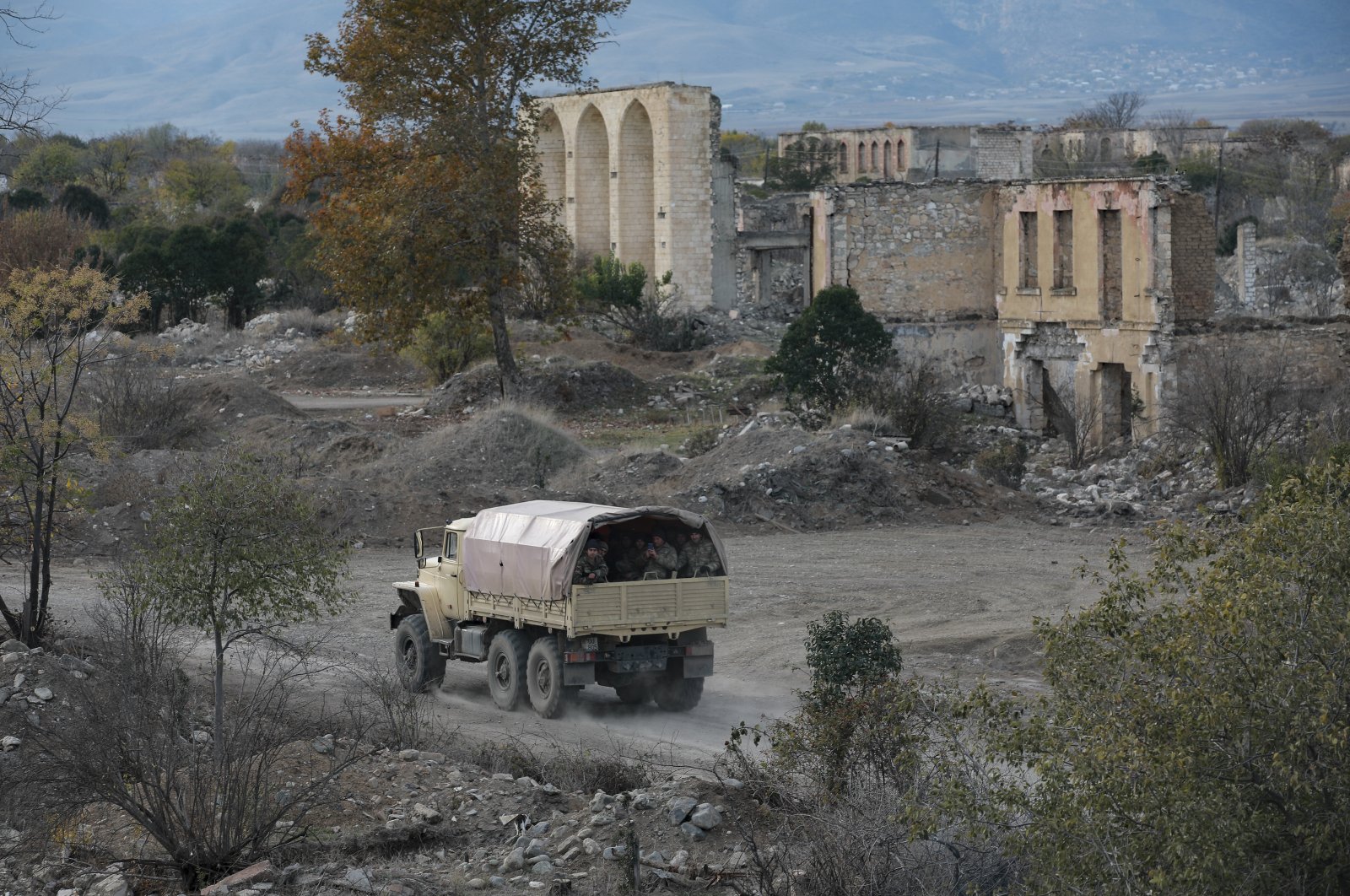 The construction of the Turkish-Russian joint monitoring center will be completed in two weeks, Azerbaijani President Ilham Aliyev said Thursday.

"The sooner the monitoring center starts operating, the better, because even though about two months have passed since the war ended, there are still threats and dangers," Aliyev said during a meeting with Turkish National Defense Minister Hulusi Akar and commanders of the Turkish Armed Forces (TSK).

"As far as I know, the Turkish side is ready to start operating. You are probably also in contact with the Russian side," he added.

Aliyev noted the armed forces of Armenia violated the cease-fire and that the Azerbaijani army had martyrs even after the war.

"I can say that according to the information we have, the Armenian armed units that still remain in some of the liberated lands are not subordinated to the Armenian political leadership," the Azerbaijani president said, adding many of them have been neutralized and many others arrested.

"They cannot be considered prisoners of war – they are terrorists. They were given a chance. In particular, Russian peacekeepers joined the operation, and they were allowed the opportunity to leave the area," Aliyev said.

Aliyev also said that Azerbaijan was planning to build a railroad to the Armenian border soon to transport goods to its ally Turkey and the Azerbaijani exclave of Nakhchivan after securing territorial gains in the conflict with Armenian forces.

Azerbaijan plans to build a line from the town of Horadiz to Zangilan on the border with Armenia, from where it will use trucks to move goods to Nakhchivan and Turkey, he said.

"I am certain that we can already start delivering goods from Azerbaijan to Turkey and Nakhchivan through Armenia, as well as in the opposite direction," the Azerbaijan State News Agency (AZERTAC) quoted Aliyev as saying.

Aliyev did not specify what goods Azerbaijan would send. Its exports are dominated by oil and gas, but it also sells sugar, fruit and metals.

The railroad's construction could take up to two years, Aliyev added.

A Russian-brokered deal last month halted a six-week conflict between Azerbaijani and Armenian forces over the region of Nagorno-Karabakh and its surrounding areas, securing territorial gains for Azerbaijan.

For his part, Akar said Turkey and Azerbaijan are working together to help ensure peace in the newly liberated Nagorno-Karabakh region.

"The unity, equality and joint efforts of Azerbaijan and Turkey in ensuring peace and stability here with Azerbaijan's determination will usher great prospects not only for today but also for the future," the Turkish defense minister said.

Following the Nov. 10 truce, Turkey and Russia signed a memorandum of understanding to set up a joint center to monitor the peace deal on Azerbaijani territories liberated from Armenia's occupation.

During the 44-day conflict, Azerbaijan liberated several cities and nearly 300 settlements and villages from the nearly three-decade-long occupation.

Despite the Nov. 10 deal ending the conflict, the Armenian Army several times violated the agreement and martyred several Azerbaijani soldiers and a civilian, according to the Azerbaijani Defense Ministry.