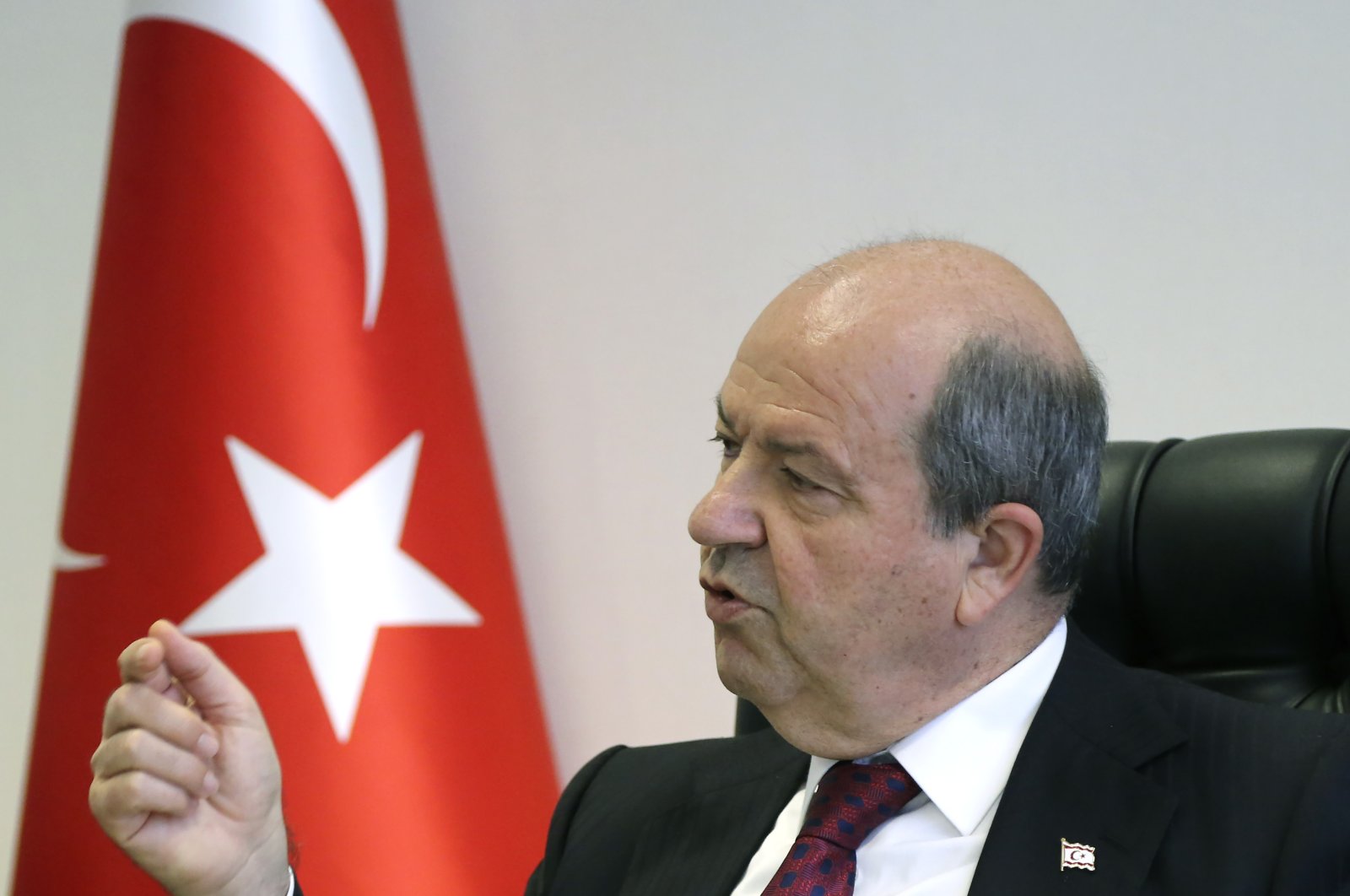 The future of the Cypriot Turks is dependent upon the outcome of the struggle in the Eastern Mediterranean and with Ankara's help, the Turkish Republic of Northern Cyprus (TRNC) will defend its rights to the end, the country's prime minister said Monday.

Speaking to Sabah daily, TRNC Prime Minister Ersin Tatar evaluated the recent tensions in the region and said his nation has adopted the “Blue Homeland” doctrine, which marks the area of Turkey's territorial claims in the Eastern Mediterranean and where Ankara has proceeded with its hydrocarbon exploration activities. Those who are disturbed by these developments form alliances against Turkey, he said.

Turkey, as a guarantor nation for the TRNC, is currently searching for gas reserves in the region. Ankara has consistently contested the Greek Cypriot administration's unilateral drilling in the Eastern Mediterranean, asserting that the TRNC also has rights to resources in the area.

“The United States’ decision to lift the arms embargo from the Greek side is a major mistake against us and Turkey. It will cause the Greek side to increase its irreconcilable stance. It is not possible for them to prevent us from defending our rights with such moves. I hope that the U.S. will immediately correct this mistake,” he said regarding the recent decision by Washington to partially lift a 33-year-old weapons embargo against the Greek Cypriot administration. The ban, imposed in 1987, was designed to prevent an arms race that would hinder United Nations-facilitated reunification efforts on the island.

Saying that the decision may aim to please the Greek community in the U.S. ahead of the upcoming elections, Tatar added: “Turkey is not a country that can be ignored. Any scenario excluding Turkey in the Eastern Mediterranean will not be successful.”

“We are not the ones escalating tensions in the Eastern Mediterranean, it is Greece and France. In this debate, we will defend our rights along with Turkey to the end ... The future of the Cypriot Turks depends on this struggle,” Tatar said.

France, already at odds with Turkey over Libya and various developments in the Middle East, sent its own ships into the region to help Greece, prompting Ankara to warn it would retaliate against any attack.

Turkey's guarantor role, established in 1960 by the London and Zurich Agreements, has been in effect since its intervention against a 1974 military coup aimed at Cyprus' annexation by Greece.

The TRNC was established in 1983 on the northern tier of the island and is only recognized by Turkey. The country faces a longstanding embargo on commerce, transportation and culture.

The decades since have seen several failed attempts to resolve the Cyprus dispute. The latest, held with the participation of the guarantor countries, came to an end with no signs of progress in 2017 in Switzerland.