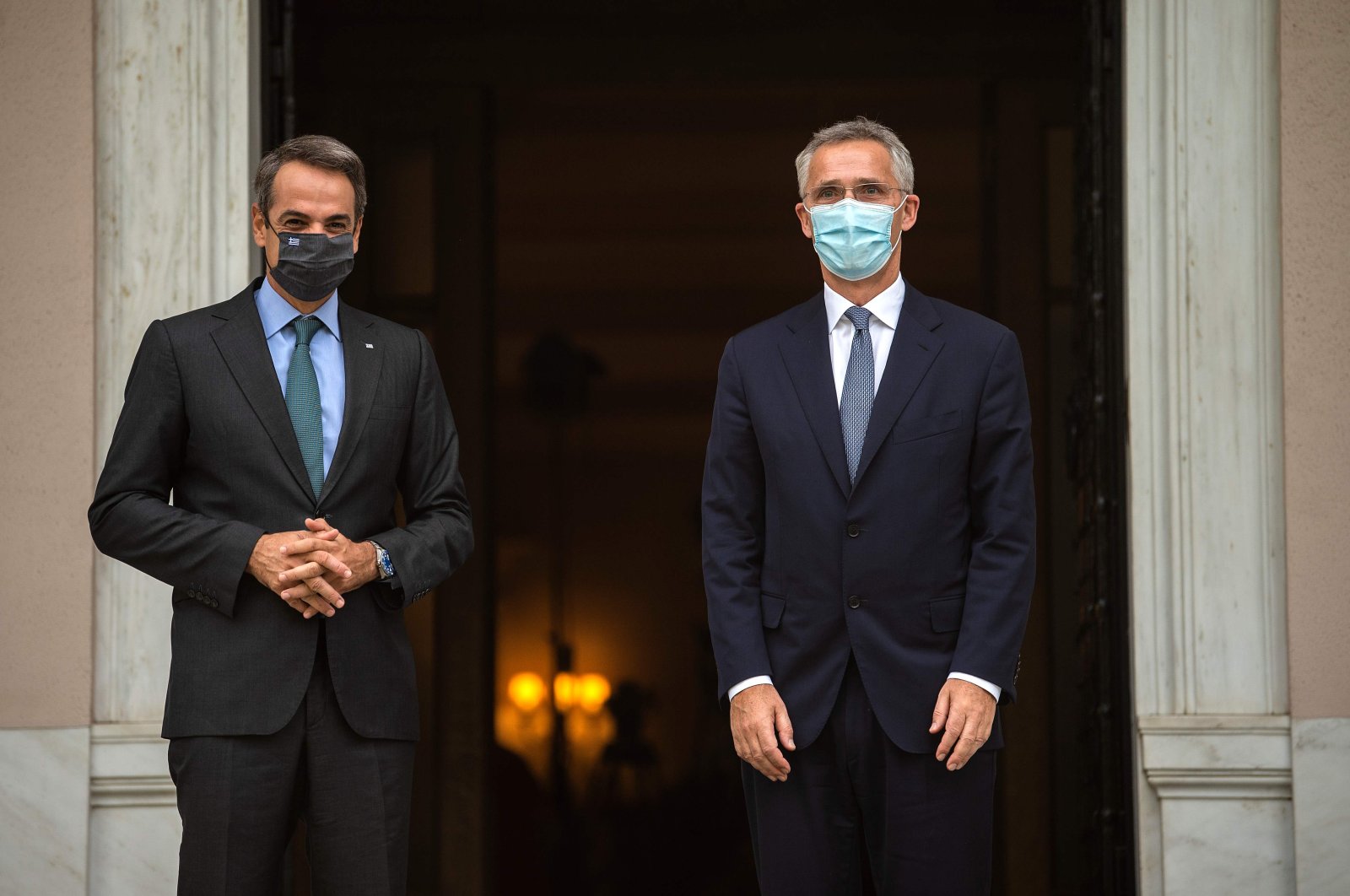 The military deconfliction mechanism established between Turkey and Greece will help "create space" for diplomatic efforts over the maritime disputes in the Eastern Mediterranean, the head of NATO said Tuesday.

"It is my firm hope that the underlying disputes between two allies can now be addressed purely through negotiations in the spirit of allied solidarity and international law," NATO General-Secretary Jens Stoltenberg said after talks in Athens with Greek Prime Minister Kyriakos Mitsotakis.

The mechanism is designed to reduce the risk of incidents and accidents in the Eastern Mediterranean and includes the creation of a hotline between Athens and Ankara to facilitate resolving conflict at sea or in the air, it added.

The Turkish and Greek military delegations have agreed on “general principles” in NATO talks, Turkey’s Defense Ministry said following NATO's announcement of the deconfliction mechanism. Both nations' militaries have held a series of NATO-hosted technical talks, which began on Sept. 10.

Before his visit to Greece, Stoltenberg was in Turkey on Monday and met with President Recep Tayyip Erdoğan at the Presidential Complex in the capital Ankara.

Erdoğan and Stoltenberg gathered behind closed doors and discussed a range of issues for about an hour, amid continued efforts to resolve differences between Turkey and Greece over the Eastern Mediterranean.

According to Turkey's Communications Directorate, Erdoğan and Stoltenberg discussed bilateral relations between Turkey and NATO, and regional issues including the Eastern Mediterranean, Syria and Libya.

During the meeting, Erdoğan said that Turkey has always supported the NATO initiative to reduce the risk of incidents and accidents in the Eastern Mediterranean between Turkish and Greek military units despite Athens' negative behavior.

Erdoğan also said that Turkey struggled alone against the migration crisis in order to provide security and stability in the region and Europe. He added that Turkey has also become the only NATO member that has put forth sincere efforts to reestablish order in Libya.

Stating that Turkey takes the rights and interests of both itself and its allies into the consideration, Erdoğan said Ankara expects the same from its NATO allies.

Erdoğan noted that many international organizations' past decisions have called on Armenia to immediately, completely and unconditionally leave the Azerbaijani territories it occupies.

The president also said that some NATO allies' partnership with the YPG/PKK terrorist group and hesitation to extradite members of the Gülenist Terror Group (FETÖ) seriously damage the solidarity of the alliance.

Following the meeting, Stoltenberg said on Twitter: "Good meeting with President @RTErdogan in Ankara today on a range of security issues. We discussed the military de-confliction mechanism developed @NATO for the #EastMed."

He said he hoped the deconfliction mechanism recently established between Ankara and Athens at NATO-hosted meetings could create space for diplomatic efforts.

Stoltenberg's visit to Turkey came following increasing tensions between Turkey and Greece due to maritime disputes over the Eastern Mediterranean.

Tensions have been running high for weeks in the Eastern Mediterranean, as Greece has disputed Turkey's energy exploration efforts. Turkey sent out drillships to explore for energy on its continental shelf, asserting its own rights in the region.