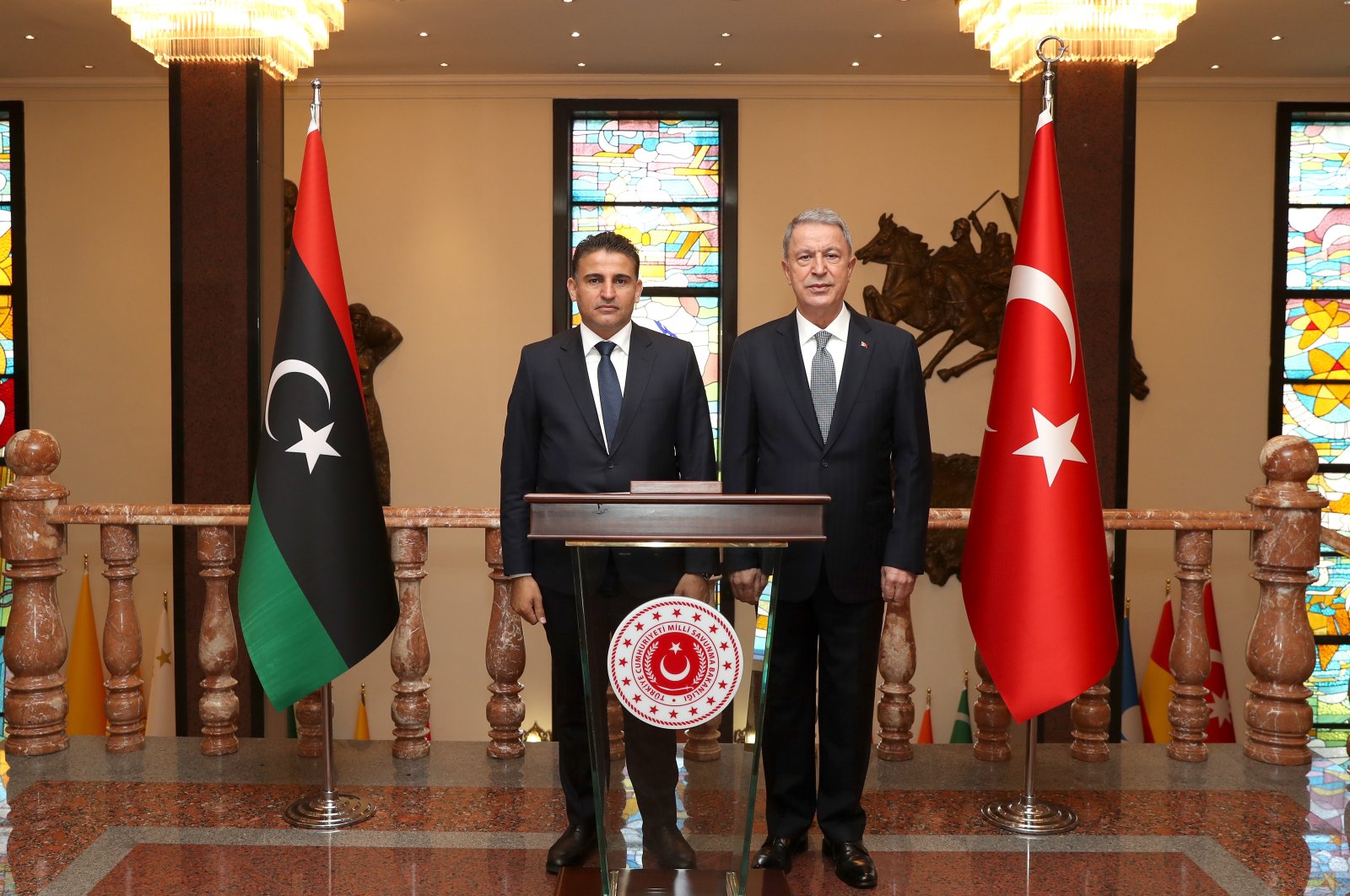 After Hulusi Akar welcomed Salahaddin Namroush with military honors, the two spoke about the latest situation in Libya, the ministry reported.

The country's new government was founded in 2015 under an U.N.-led agreement, but efforts for a long-term political settlement failed due to a military offensive by putschist Gen. Khalifa Haftar's forces.

Turkey also supports the legitimate government in Tripoli, and in recent months with Ankara's help, the government has gained ground over Haftar's forces.