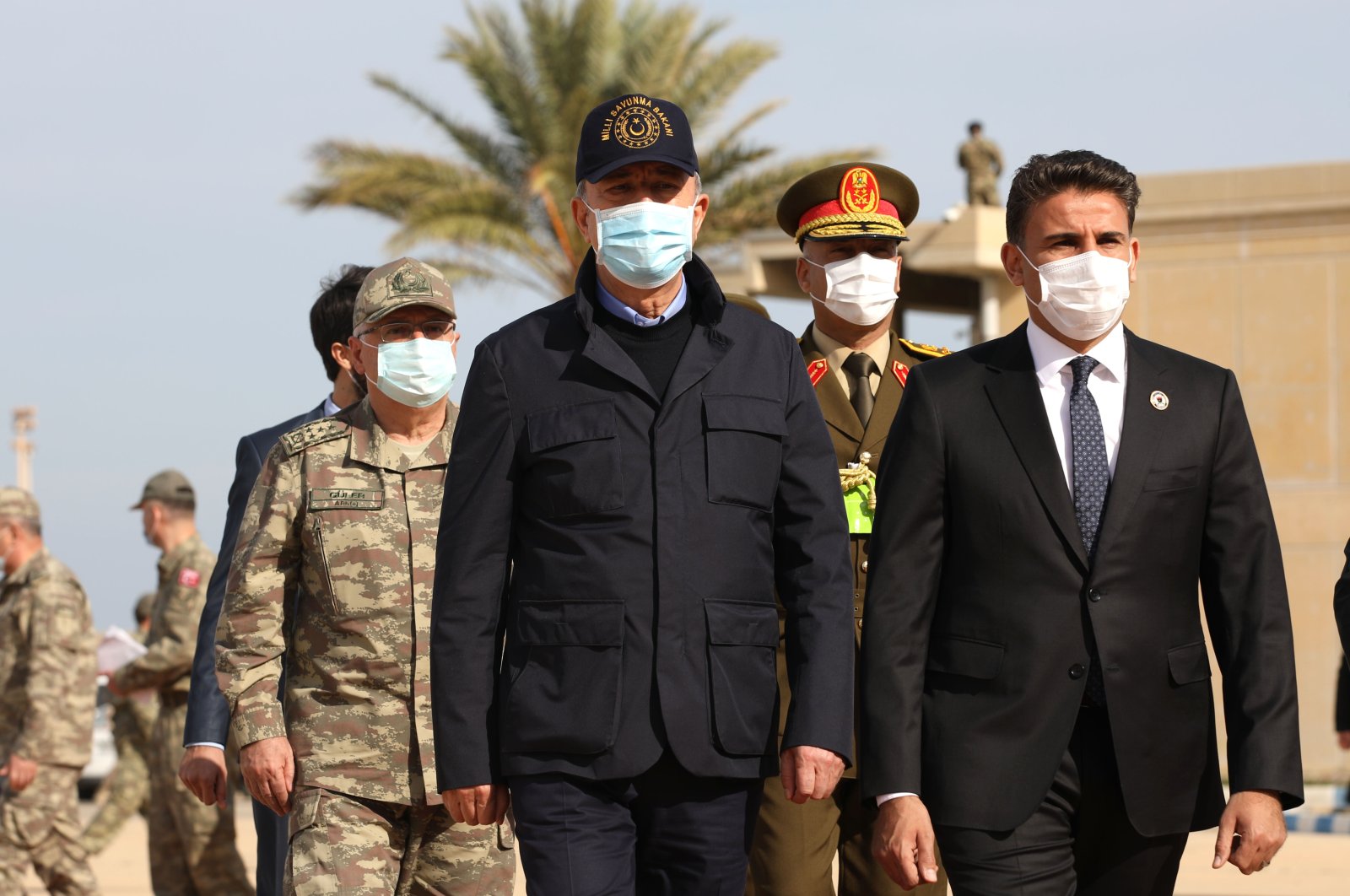 Defense Minister Hulusi Akar on Sunday met with his Libyan counterpart Salah Eddine al-Namrush in Istanbul within the scope of efforts to enhance and strengthen bilateral cooperation, the Turkish Defense Ministry stated.

According to the ministry’s written statement, Akar reiterated Turkey’s support for the U.N.-recognized Government of National Accord’s (GNA) efforts for a political solution in the country.

"National Defense Minister Hulusi Akar met with Defense Minister of the Libyan Government of National Accord Salahuddin Al-Namroush in Istanbul. The visit was conducted within the framework of our ministry's efforts to develop and strengthen bilateral cooperation," the Turkish Defense Ministry said on Twitter.

The minister also expressed Turkey's support of the U.N.'s efforts to find a political solution to the crisis.

Libya has been plagued by chaos since the ouster of late ruler Muammar Gaddafi in 2011.

Based in Tripoli and currently led by Prime Minister Fayez al-Sarraj, the GNA was founded in 2015 under an U.N.-led agreement, but efforts for a long-term political settlement have failed due to a military offensive by Haftar.

Al-Sarraj's government has been battling Haftar's militias since April 2019 in a conflict that has claimed thousands of lives.

Turkey has aided the GNA against attacks by militias loyal to Libyan putschist Gen. Khalifa Haftar.